The research of a group of scientists from Brazil and the USA, which was published in Genetics and Molecular Biology, shows that the founders who peopled the Americas were ''migrants'' from Siberia who spread to other continents from Beringia (paleogeographic country; today's territories surrounding the Bering Strait, the Chukchi and Bering Seas). In an interview to Realnoe Vremya, researcher from the Department of Genetics at Federal University of Rio Grande do Sul Nelson Fagundes told about the research of the peopling of the Americas, the founders and their roots and the closest peoples to Native Americans.

Could you tell us, non-Americans, how was America peopled and when?

The initial peopling of the Americas (Editor's Note: here it's a part of the world comprising of two continents, South and North America) probably began by ~18 thousand years ago (kya). This date is consistent with the genetics findings, as well as with the ''consensus'' archaeological record. Some archaeologists have suggested older sites, but these dates are disputed. So, ~18 kya is a god estimate based on our current knowledge. Almost everyone would also agree that the Americas were peopled from Beringia, which, during the last ice age, was a natural land bridge connecting Asia and the Americas. Beringia was also ice-free for most of its extension, so the ''peopling of the Americas'' can also be seen as a (south) eastward expansion of (ancient) Beringian people. Again, there are some hypotheses of alternative migration routes, but most researchers don't think there is any support for them.

It is now widely accepted that after a first major ''migration'' to the Americas, several further streams of migration from Siberia are required to explain the genetic pattern in Native Americas. Therefore, these founders, which were the founders of this initial migration, originated the people who spread throughout the continent, eventually mixing with individuals coming from later migration pulses, especially in North America.


How much time did it take for them to people America? 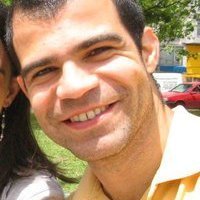 Considering a migration route via the Pacific Coast, and that the oldest site in the Americas lies in Southern Chile (Monte Verde, dated ~14,5kya), the colonization of the whole North-South axis probably took about something like 2-3 kya, perhaps less. The many archaeological sites in the Americas by 14-13 kya also indicates that this very raid spread was not limited to the Pacific Coast, but also affected the American continent as a whole.

What hypotheses about the quantity of migrants existed previously?

Most past research focused on the number and timing of ''migration waves'' into the Americas. From a population genetics point of view, a very important paper came out in 2005, suggesting a founder population as low as 70 effective individuals, which is very, very low. Other estimates tended to be a bit larger, though never very large, around 800 effective individuals. In general, the largest estimates (around 2,000 individuals) were estimated based only on mitochondrial DNA (mtDNA) data. Because mtDNA is inherited through females, this could suggest that female effective size was larger than male effective size.

Some clarification is needed at this point. What geneticists can estimate is this quantity called ''effective population size''. It is a bit frustrating, I admit, but there is no simple way to go from this number into ''real population size''. Technically, the effective population size is an abstraction that reflects how a given real population behave in terms of its genetic variation. I'll give you one (rough) example. Consider X people from your family. Because you are all related, you are not exactly X ''different'' people, from the population genetics point of view. If everyone in a population is very related to one another, the effective size is much lower than the real census size.

We measure the effective size because, firstly, that's what population genetics can do, secondly, this is useful to understand the dynamics between chance vs natural selection, and, thirdly, because this is useful for designing disease mapping studies. The first Americans were certainly hunter-gatherers, as agriculture developed much later. Photo: indiansworld.org


Could you explain the main point of the research in detail? What methods were applied? What a conclusion did you come to?

We used only Native individuals, screened for the same genetic loci, and used a very robust statistical method (based on maximum likelihood), which was something that other studies didn't do for a number of reasons. Population genetics theory predicts that it is more important (for the precision and accuracy of your estimates) to have more genetic loci, and that the number of individuals isn't so much important. Therefore, we studied 10 Native American individuals from different populations (1 ind/pop) in South and Central America, 8 Siberian individuals using the same approach, and used 10 Chinese individuals from the literature. We then used a population model that an ancestral population originates two daughter populations at some point in the time, and estimate the demographic parameters for this model (divergence time, and current and ancestral effective population sizes).

Who were the first Americans? What peoples were they closer to? Were they hunters or gatherers?

The first Americans were certainly hunter-gatherers, as agriculture developed much later. It is difficult to be more precise on their culture, because there are no archaeological sites from this period. It is quite likely that they hunted big game in the inland of Beringia. However, because the spread across Americas was very fast, and most likely associated with a coastal migration, it is also very likely that these guys were relying more on marine resources, contradicting, to some extent the popular picture of ''mammoth hunters'' that we have for these ancient people.

Can we consider Turks from Siberia and Russia relatives of American Indians and settlers?