''PSO Kazan dissipates its energies, takes on a lot of objects''

A sensational statement was made on 23 January by Deputy Prime Minister of Russia Yury Borisov, when saying that Roscosmos has terminated the contract with PSO Kazan for the construction of the second stage of the Vostochny Cosmodrome. The deputy prime minister referred to the ''difficult financial situation'' and the joint decision, noting that ''almost half a year is lost''. The parties themselves have not commented on this issue yet. Read the details and opinions of experts on the situation in the material of Realnoe Vremya.

The construction of Vostochny Cosmodrome will not be frozen

Despite criminal cases, the debts of contractors and the backlog of the construction of the first stage of the Vostochny Cosmodrome, the construction will not be frozen, Deputy Prime Minister Yury Borisov announced on 23 January after a meeting on the financial and economic situation in Roscosmos. The decision was taken to avoid dissynchronization in the creation of the rockets Soyuz-5FTK and Angara.

According to the prime minister, the further development of cosmonautics is connected with this platform. Four launches from it have already been carried out, although not all planned works within the first stage have been performed:

''Therefore today rather serious situation is connected with that builders practically went bankrupt, a lot of materials is in courts, contracts are terminated, the money is being returned. And all this takes a long period,'' Borisov said and reminded about the president's instruction — to commission the launch complex for super-heavy-class rockets no later than 2023. 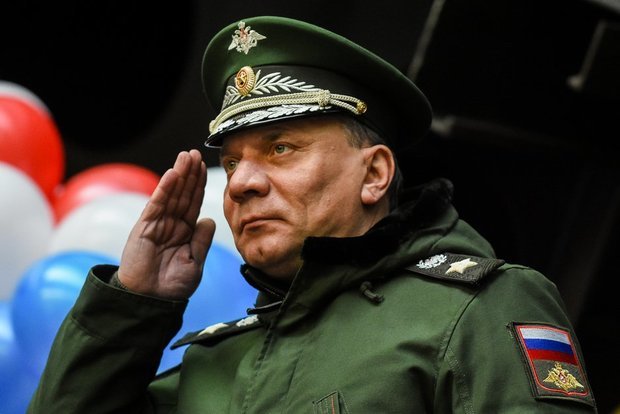 According to Yury Borisov, the further development of cosmonautics is connected with the Vostochny Cosmodrome. Photo: Oleg Tikhonov

In addition, it is necessary to create a backup complex for the start of the heavy Angara. The completion will require additional funding, but partly it will be Roscosmos' own funds. Another part of the work will be transferred to the second stage: ''Of course, part will be at the expense of the funds that are planned today at the second stage, but this provides for the return through court decisions of those funds that are supposed to be returned to the customer upon termination of contracts,'' the deputy prime minister explained. According to him, the volume of undeveloped funds during the construction of the first stage amounted to 28 billion rubles.

Then Borisov announced the termination of the contract with PSO Kazan for the construction of the second stage of the cosmodrome:

''The contract with PSO Kazan was signed in September last year, and given the difficult financial situation, by mutual agreement of the parties this contract has been terminated. Almost half a year is lost,'' the deputy chairman of the government complained.

The second stage was to be built by 2021, but due to the backlog, the deadlines have been shifted to the period not later than 2023. The contract will be renegotiated with a new contractor. Let us remind that Roskosmos expressed concerns about the claim of the tax authorities to declare PSO Kazan bankrupt with the amount of claims of almost 2 billion rubles. But later, the parties entered into a settlement agreement. The debtor in the course of the year undertook to pay the Federal Tax Service 157,6 million rubles monthly and the interest on the debt. The second stage was to be built by 2021, but due to the backlog, the deadlines have been shifted to the period not later than 2023. Photo: kremlin.ru

PSO Kazan was building the second launch complex at the cosmodrome to provide launches of Angara-type rockets. The area of the plot is 89 hectares, the volume of capital investments is 38,7 billion rubles. The complex includes a start-up table, command post, cable-filling tower, transport and installation unit, refuelling and fire-fighting systems.

''PSO Kazan dissipates its energies, takes on a lot of objects''

Back in December, Roscosmos stated that they did not intend to change the general contractor. Why the decision has been changed, the corporation did not report:

''We cannot comment on this topic so far,'' the press-service of Roscosmos responded Realnoe Vremya.

A similar answer came from PSO Kazan: ''No comments yet.'' Meanwhile, experts in the construction industry are not surprised by the news that Roscosmos refused the services of Ravil Ziganshin.

''Of course, I can't judge it without full information. But, it seems to me, PSO Kazan dissipated its energies a little, took on a lot of objects. Keeping everything under control and observing the quality of construction in this situation is quite difficult. To do this, you need to have a qualified and very large engineering corps so that to control it all. It is possible that this is why such situations happen to them. They undertake too much at a time and are not able to control all this competently,'' head of the department of urban planning and planning of rural settlements at the Kazan State University of Architecture and Engineering Alexander Dembich expressed his opinion. Alexander Dembich: ''I think PSO Kazan is dissipating its energies, taking on a lot of objects.'' Photo: Maksim Platonov

''It is clear that the statement of the deputy prime minister should be taken very seriously. The government contractors usually have the possibility unilaterally and extrajudicially terminate the contract if the contractor submitted the application for initiation of bankruptcy proceedings. Was this expected? I do not know, because I see that PSO Kazan, judging by the settlement agreement with the Federal Tax Service, had a dialogue with the authorities. And the financial difficulties experienced by the company did not arise in 2019. They are a consequence of what happened in 2018, 2017, and maybe earlier. So, the contract for the cosmodrome was concluded with the already existing financial difficulties of the PSO. So whether it was predictable that the contract would be terminated due to some new circumstances, — it is a difficult question,'' director of StroyKapitalConsulting Konstantin Yegorov told.