Discount for consumer: products might be withdrawn from resale in Russia

In answer to a desire to raise rebates, suppliers ask to ban chains from selling wholesale

Retailers can't start speaking the same language with suppliers. After they asked to soften restrictions and almost raise rebates for the first time, the latter claimed trade chains did unfair things and resold products obtained with a big discount to small shops. As a result, producers lose a part of the market, while the most attractive price doesn't reach the consumer. Realnoe Vremya tells the details.

Retailers are pushed back

Producers asked the government to ban trade chains from dealing with wholesale and retail trade. They sent a corresponding letter to Vice Prime Minister Dmitry Kozak.

The address is, in fact, a reply to retailers' actions who in late December met with Kozak and asked to make amendments to the law on trade. Particularly to soften restrictions and permit retailers to deduct logistic costs from rebates.

Rebates are an award that a supplier has to pay to a trade chain for purchasing a good from it. The award includes payment for the promotion of goods, logistics, preparation, processing, packaging of these goods. Retailers call rebates a veiled and legalised kickback. In 2016, the State Duma met Russian producers half way and reduced the size of rebates from 10% to 5%.

Suppliers are expressing their concern – the possible amendments to the law on trade might lead to additional costs. In addition, they are concerned about the entrance of trade chains to the segment of alternative retailing through wholesale and retail trade. The practice when chains open wholesale divisions where they consequently resell products to small shops and apply discounts from suppliers has spread. As a result, to avoid a 25% restriction for every municipality, a chain's geographical footprint expands, while producers are losing an opportunity to make a discount for the end consumer. Trade chains can resell foodstuffs and goods if there is such an agreement between the supplier and the chain, but retailers often neglect it. 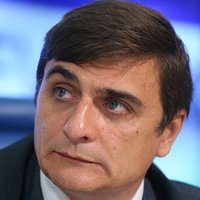 ''Supply of a good to the channel that wasn't approved by the sides is an unfair practice. Such a decision was made at a session of the commission on the application of the Code of Fair Practice. It's wrong to stop sticking to this decision selling a good unapproved with the supplier in the wholesale and retail segments. The supplier provides discounts to the chain to apply it to the end consumer through the chain's shelf, while the chain can distribute discounts to its wholesale division instead. This creates unequal working conditions for independent distributors and can destroy the distribution market in general, This will negatively influence suppliers because retailing through a chain of distributors brings the biggest rate of return from their business. In addition, if the chain obtains a big discount for a good, it means the most attractive price, in this case, won't reach the consumer. And amid the low purchasing power, it could become a stimulus to raise sales of a category,'' Dmitry Vostrikov, executive director of Rusprodsoyuz Association of Producers and Suppliers of Food Products, commented for Realnoe Vremya.

The proposal of the suppliers didn't meet the support of retailers. The Association of Retail Companies (ARC) uniting over 20 big trade chains in Russia claimed to Realnoe Vremya that they didn't support the suppliers' proposal that jeopardises the concept of freedom of entrepreneurship itself. The retailers are also complaining about the opening of official shops by producers.

''This, of course, can't meet support. Such logic, for instance, makes us think about the entrance of producers to the retail business by opening shops. Moreover, for some trade chains, the retailing model where the HoReCa segment is the purchaser is basic, key. So there might be a negative impact on small businesses, especially on hotels and restaurants or small retailers. Let's not forget at the same time about the positive effect of the appearance of new players in existing markets for competition,'' the Association of Retail Companies shared its opinion with Realnoe Vremya.

The ARC also asks to correct the calculation method of the chains' market share. Probably a proposal of the Federal Anti-Monopoly Service to decrease the biggest market share for trade chains in regions from the current 25% to 15% became a reason.

''We think that even the 25% threshold discriminates trade, and we're against it. Objective economic conditions require not lowering this threshold but specifying by making laws' regulations comply with reality.'' The ARC also asks to correct the calculation method of the chains' market share. Probably a proposal of the Federal Anti-Monopoly Service to decrease the biggest market share for trade chains in regions from the current 25% to 15% became a reason. Photo: Roman Khasayev

Obviously, there is a conflict between chains and producers. The amendments to the law on trade are to solve or worsen it. They are due to be created and introduced to the government until 1 April 2019.