What awaits the 'Russian presence' in the EPL?

The sale of Alisher Usmanov's share at Arsenal has been not only the biggest deal in English football this year but also a sign of changes for the whole EPL. The tendency for the departure of Russian money from English clubs was seen in the spring. And now Usmanov has finally given to understand Russian businessmen aren't interested in investing in British football any more. Realnoe Vremya's sports staff explains what the sale of 30% of Arsenal stake by Usmanov means, why Abramovich decided to change his management approach at Chelsea and the future of billionaires in football.

Why Usmanov has taken a step back

It became known on 7 August the long-lasting conflict of Arsenal shareholders came to an end, and Russian businessman Alisher Usmanov turned out the loser in the fight of two major shareholders. The billionaire sold 30% of his stake to sports magnate Stan Kroenke who had held about 67% of stake before the deal was made. Financial Times wrote about it two days ago. So Kroenke became almost the only owner of the London club whose value is estimated at £1,8 billion.

The US sports magnate will pay £550 million for Usmanov's share, the newspaper specifies. By the way, Kroenke has a number of clubs in the USA competing at the highest level: Colorado Rapids FC, Denver Nuggets BC, Colorado Avalanche HC and Los Angeles Rams SC.

The former colleague has already thanked Usmanov for his long service ''for the good of the club''. And a kind of mockery of the Russian is seen in this address. It's known the businessmen had been fighting for the shares since Usmanov bought his first part of the stake in 2007. 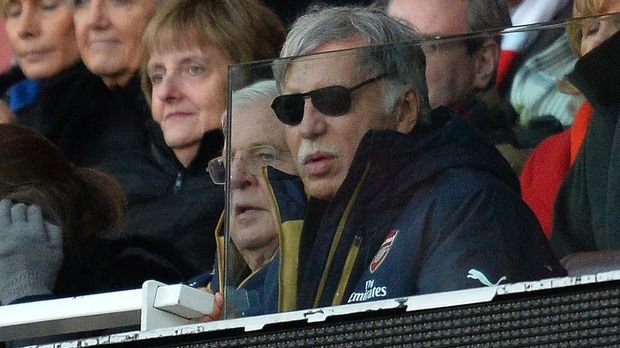 So Kroenke became almost the only owner of the London club whose value is estimated at £1,8 billion. Photo: eurosport.ru

At that moment, the purchase was made via Red and White Holdings Ltd, which was co-owned by Usmanov himself and his partner Farhad Moshiri. Later the billionaire bought out Moshiri's stake in the company. First Usmanov held 14,5% of Arsenal shares, which cost him £75 million. Later he augmented his stake at the club to 30,04%, which made him the second biggest shareholder of the Gunners, which is easy to guess.

In an interview with Forbes in 2012, the Russian oligarch confidently claimed he wouldn't sell the club's stake: ''From an investment perspective, this investment is already very successful: the club's value has grown from £300-400 million, when we bought it, to £700-800 million nowadays. However, it's not the point. I'm a fan and I'm not going to sell the stake ever because it's the club I consider the best in the world,'' told Usmanov.

However, this June, when crackdown due to the sanctions began on the international political stage (and there had been a story with the Skripals poisoning earlier), Usmanov suddenly accepted the impossibility to make his dream of becoming the owner of Arsenal true. 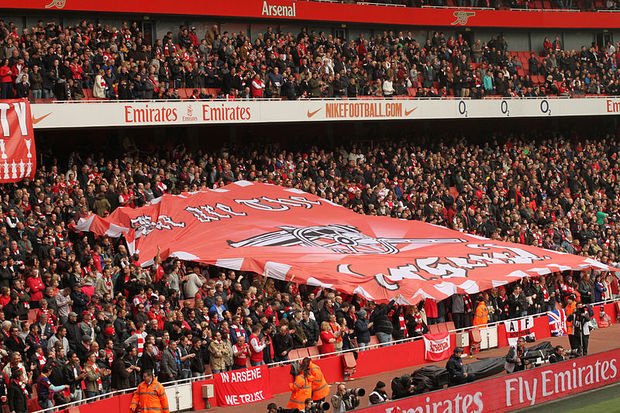 While the club was divided, Arsenal always finished fourth

Another reason to suppose the American is trolling the Russian speaking about his activity ''for the good of the club'' is the fruits of the ''investment''. The case is that while Usmanov and Kroenke were the two shareholders the Gunners, the London players won the FA Cup three times, the FA Community Shield also three times but never won the English Premier League because of which they've already become a real laughing stock of the football world not only in Britain but outside the island.

It goes without saying, the division and squabbles at the top made themselves known in football too. Even considering that Alisher Usmanov tried not to meddle in football affairs, for instance, transfers or choosing a coach. Moreover, as Mirror notes, despite a considerable number of shares, Usmanov has never got a place in the club's board of directors, which looks quite strange.

It's obvious why Russian owners of English clubs suddenly began to reconsider their attitude to British assets. This, of course, comes from the March poisoning of former State Intelligence Service colonel Sergey Skripal and his daughter Yulia in Salisbury. Politicians joined the business and started to look for new tools to put pressure on Moscow. Soon, official London promised to reconsider the issue of long-term visas for rich Russians.

Boris Johnson, which is already former Minister of Foreign Affairs of Great Britain, promised he would seek to take tougher action against the oligarchs living in Britain. ''There is a broader question about what the UK can do to crack down on people close to Putin who may have illicit or ill-gotten wealth. As you know, we have statute that allows us to use unexplained wealth orders against them, but we live under the rule of law so whatever happens must be done in accordance with the rules and the law,'' said Johnson. 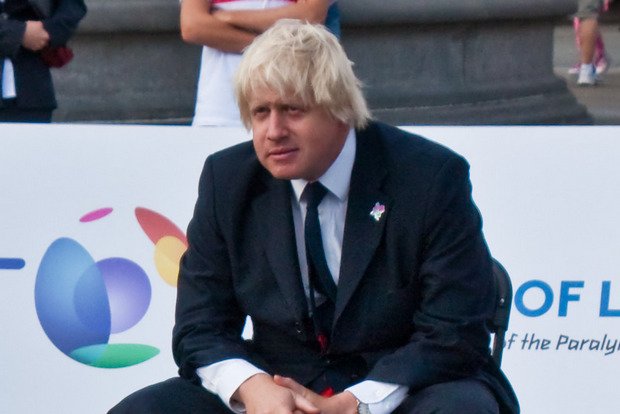 Boris Johnson said he would seek to take tougher action against the oligarchs living in Britain. Photo: Garry Knight / wikipedia.org

He also said then the National Crime Agency and the group fighting against economic crimes had already been investigating a ''wide circle of people'' but refused to call their names or reveal other details for juridical reasons. And then the House of Commons's Foreign Affairs Committee of Britain claimed in its report that wealthy Russians who were closely linked with the Kremlin could too easily use London for money laundering.

So London decided it would be more complicated for Russian moneybags to obtain British visas, and only after careful examination of their fortune. Moreover, in March, Great Britain applied the Criminal Finances Act by issuing the first orders to arrest Russian property of ''suspicious origin''.

So another Russian owner of the London FC, Roman Abramovich, who is the only holder of Chelsea shares, faced serious problems when obtaining a new long-term British visa soon. In May, the Russian entrepreneur's British visa wasn't renewed. This is why he couldn't be in London in the final FA Cup between his team and Manchester United. Chelsea won 1-0 then.

According to some of the sources of the newspaper, there wasn't any official deny for the new visa. And British authorities simply consider his documents having asked the billionaire to explain the origin of his capitals. It became known soon Abramovich obtained citizenship in Israel (Great Britain and Israel have a visa-free regime). A returnee's passport allows to easily enter Great Britain for up to 6 months. After using this opportunity, Abramovich doesn't need a British visa any more. This is why he revoked his request to extend it, said The Sun with a link to its sources in the entrepreneur's entourage.

However, the businessman decided to play safe by all means. In May already, he froze a reconstruction project of his club's stadium Stamford Bridge, which was assessed at £1 billion. On Chelsea's page, it's said the decision was made due to the ''unfavourable investment climate''. 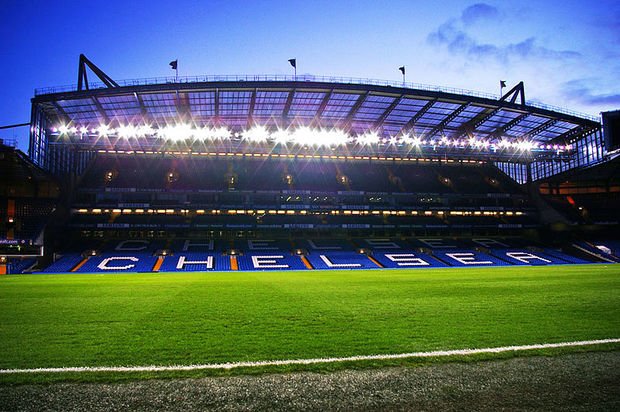 In May already, he froze a reconstruction project of his club's stadium Stamford Bridge, which was assessed at £1 billion. Photo: Vespa125125CFC / wikipedia.org

Chelsea is still up in the air. On the one hand, it seems the club is successful. Not cheap head coach Maurizio Sarri, who, however, has already lost a match in the FA Community Shield, was invited to chair the team. On the other hand, the stadium's reconstruction seems to be postponed by Abramovich as revenge against Britain for having denied the visa.

Nevertheless, it seems the era of big Russian money in England is coming to an end. For instance, another billionaire from Russia Anton Zingarevich sold his stake of Reading to Thai businessmen as early as 2014. The businessman probably felt soon he would be uneasy in the new place and rapidly got rid of the British assets. Dmitry Rybolovlev didn't join the expensive entertainment like English football at all and immediately invested in Monaco competing in France's Ligue 1. And Alisher Usmanov has refused his share at Arsenal now.

It seems it's time Russian billionaires paid attention to dying clubs from Russia. The Premier League has lost Amkar and Tosno only this year. And good teams with excellent stadiums – Baltika from Kaliningrad, Rotor from Volgograd, Kamaz from Chelny, in the end, – are vegetating in the Football National League.