UVT Aero is going to lease three big planes, but their brand is kept in secret

UVT Aero airline from Tatarstan is going to declare the purchase of three medium-range planes with a big capacity on a lease in the short run. The planes will allow it to expand the geography of flights in the country and launch international flights to Europe, first of all, to Paris and Munich. UVT Aero Director General Pyotr Trubayev told about it during an online conference in Realnoe Vremya. In addition, the airline's director told about the most popular destinations they fly to, where the airline took football fans to and why it wasn't on the programme of subsidised flights to Crimea.

UVT Aero airlines from Tatarstan decided to expand its own fleet 3 years after its presence in the domestic aviation market. ''From a perspective of further development, we need to update the air transport fleet. Now we are using seven planes (Editor's Note: Canadian Regional Bombardier CRJ200 that has a range of up to 2,500 km). The choice of a new type of the plane required a well thought out approach. If a mistake is made, all the development strategy can collapse and lead to sad consequences,'' told Director General of the airline Pyotr Trubayev and specified there had been created a working group to make offers inside it. According to him, there was given a task to purchase three 10-year-old planes on a lease (now an average plane age is 15-18 years). ''This is work is about to end,'' he said. But Trubayev refused to name the brand of the purchased planes and explained the airline's domestic decision wasn't approved by officials (Editor's Note: shareholders). But it will be announced very soon.

New planes won't substitute but complement the air transport fleet. Moreover, they will have a bigger capacity than the Canadian machines – by 100 seats more. ''Many airlines chose this road. Saving the fleet of small capacity planes, they purchase planes with a bigger number of seats further to use them for popular flights. It's done to develop flights,'' he explained. The choice of a new type of the plane required a well thought out approach. If a mistake is made, all the development strategy can collapse and lead to sad consequences

The scheme is simple: the low-budget CRJ200 is launched for a new flight first, so that a passenger can get used to it, then a big plane is used. It's also profitable because flights are seasonal. Planes with a small number of seats are used not to make a loss.

With the purchase of new planes, UVT Aero will start to develop foreign destinations. Now the airline flies to Batumi only (more below), while it's planned to have European airlines in Paris and Munich. What's more, it's projected to launch flights to Tbilisi and Minsk. Pyotr Trubayev says the flights to Europe will launch early next year. He said Belavia airline was first to occupy the Belarusian destination (thus going ahead of UVT Aero).

''We will analyse and look, they provided a big plane. Though we were to fly first. We'll see how the situation will develop further, perhaps we will also fly,'' Trubayev doesn't give up hope. At the same time, he expressed an intention to cement at the airport in Ufa and think of a possibility of launching flights from Begishevo. We should remind the airline is the core carrier of the Interstate Aviation Committee to Kazan and the airport of Bugulma that operate the majority of flights.'' The FIFA WC has affected the high load of planes this year. Our itinerary perfectly fit fans' flight programme to football matches

Starting the next summer season, the airline is mastering new southern destinations – Sochi, Simferopol, Gelendzhik, Anapa, Mineral Waters. ''These destinations are popular among citizens of Kazan. In addition, we launch international flights. Particularly, we fly to Batumi from Kazan, Ufa and Perm. It's absolutely new destinations, and, as the load showed, the flights are highly demanded,'' says Trubayev.

The airline launched 64 regular flights for 3 years of flights as UVT Aero, an average medium load of planes is 74%. ''20 destinations of them take off from the Kazan airport,'' the director general explains. ''It's our core airport.'' The airline showed a profit equal to more than 100 million rubles after the second year of operation and continues working on its growth.

''The FIFA WC has affected the high load of planes this year. Our itinerary perfectly fit fans' flight programme to football matches,'' told Trubayev. ''We had and still have flights Kazan – Samara, Kazan – Nizhny Novgorod, Kazan – Saint Petersburg. Additional flights Kazan – Volgograd – Rostov were operated. But they were charter flights, representatives of the Irish press were carried by request. The price of flights of both our airline and other carriers has risen by 15%. But the flight time to Samara and Nizhny Novgorod is short, so this didn't hit a passenger's wallet, plus 2-3,000 rubles. The load in certain flights was close to 95-98%,'' he said.

At the same time, Trubayev believes the load of planes won't reduce sharply when the WC ends: ''Our flights to Saint Petersburg traditionally have a good load even if another two carriers fly there. The closure of games in Kazan won't affect a lot.'' We aren't working with tour operators now. But if we get the big planes, it will be possible to transport tourist groups on holiday

Governmentally subsidised flights account for almost 24% of the total volume of flights. They amount to 20. Last year, the airline earned 811 million rubles from subsidised flights. This year it's going to earn no less. According to Pyotr Trubayev, northern regions are a priority here – Surgut, Nizhnevartovsk, Novy Urengoy. ''Meeting numerous wishes of the locals halfway, we've recently launched flights to Barnaul. The republic's administration was charged with launching such a flight. And, as practice showed, these flights don't have empty seats, all tickets in August have already been sold out. We should probably raise a question to continue operating flights to this destination in the next years and augment their frequency,'' he forecasts.

What's more, a subsidised flight Kazan – Tomsk has been launched. ''But we stopped operating the flights in summer because there is a demand for flights to the FIFA WC host cities. It's Samara, Nizhny Novgorod, Saint Petersburg. We increased the frequency in these destinations and put Tomsk off in autumn. I'm sure this flight will have a good load from September to the end of the year. We opened flights from Kazan to Yaroslavl and Voronezh,'' says Trubayev.

Not all the regions are ready to launch subsidised flights, but times change. ''For instance, last year, the region didn't have financial support for flights to Barnaul. But this year they've found a source to subsidise the flights, and we quickly opened the flight. Those who flew to Barnaul from Moscow are flying directly now,'' told the company's director. ''If not budget subsidies, a flight from Kazan to Barnaul would cost 15,000 rubles and higher, while now passengers are spending about 8,000 rubles. The volume of budget subsidies depends on the flight distance. For example, about 12 million rubles a month are needed for the flight to Samara to launch a flight twice a week. Regions are to expend 3 million, the federal budget – 6 million rubles.'' 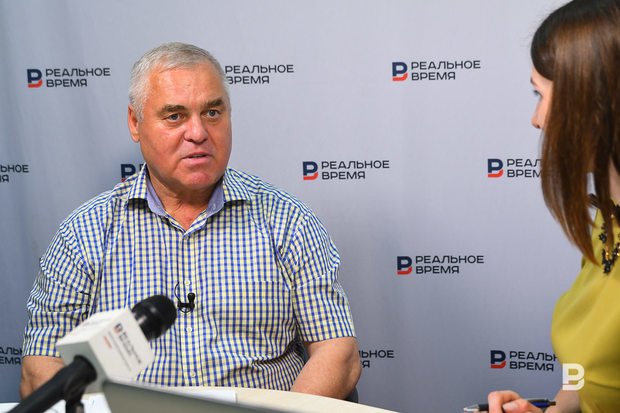 The flights Kazan – Simferopol have been operated all year round since the creation of the company. It's a promising destination. Now we're flying twice a week. The lowest ticket price is 6,500 rubles, but they are sold out quickly

According to Trubayev, now they are discussing the opening of a new subsidised flight Kazan – Makhachkala. ''There is a preliminary agreement between the regions' leaders on co-financing. We filed an application and now are waiting for a decision of the commission to appoint us as a carrier. The flight will be operated twice a week,'' he said. In addition, it's planned to open subsidised flights from Bugulma to northern regions of Russia. An application to open a flight Kazan – Belgorod was filed, we already had this flight in previous years. All these flights will open in 2018.

The programme of charter flights is so far oriented to carry sports teams. Rubin FC uses the services of UVT Aero as well as clubs from Ufa, Samara and Perm. ''We aren't working with tour operators now. But if we get the big planes, it will be possible to transport tourist groups on holiday,'' Trubayev hopes.

To Crimea without subsidies

''The flights Kazan – Simferopol have been operated all year round since the creation of the company. It's a promising destination. Now we're flying twice a week. The lowest ticket price is 6,500 rubles, but they are sold out quickly. Now only expensive tickets have left, but we don't become 'brazen','' the company's director general says. According to him, UVT Aero can't be on the federal programme for subsidised flights to Crimea because the company doesn't have planes with a capacity of 150 seats and more. Sochi is first in terms of load, Simferopol is second, then it's Gelendzhik and Anapa. The Bombardiers CRJ200 that are used today can't fly far. This is why we offered the shareholders to lease medium-range planes with a range of 4-5,000 km,'' told Pyotr Trubayev.