The cultural programme for 2018 FIFA World Cup (for a month) cost the republican budget 40 million rubles. The ministry of culture added another 5 million rubles, but the theatres prolong their seasons at their own expense. Realnoe Vremya found out how the region is going to surprise the guests of the main sports festival this summer and what stars will be invited to Kazan for the festivals.

Not enough space to describe the programme

A special plan of cultural events has been drawn up for 2018 World Cup guests from June 14 to July 15. The experience acquired in 2013 allows to show the most interesting. ''We started drawing up the programme a year ago. Everything is written on four large sheets of drawing paper. We have our advantages — it is professional art, multi-ethnicity, which we can show,'' First Deputy Minister of Culture of the Republic of Tatarstan Elvira Kamalova said. A total of 90 special events will be held in Kazan during a month. Theaters will extend their seasons.

''For example, when the theatrical season was extended last year, the audience thanked us for that they could go to theater in good summer weather. I'm sure the halls will be full. And now the tickets to concert halls, theaters are sold out almost at 100%. Besides, the opera and ballet theatre staged Spartacus ballet already long time ago, ballet lovers won't miss an opportunity to see it one more time,'' Elvira Kamalova reasoned. The opera and ballet theatre will present the international festival ''Chaliapin. Nuriyev. Kazan'' with the best ballets and operas at the time of 2018 World Cup. Photo: Maksim Platonov

The opera and ballet theatre will present the international festival ''Chaliapin. Nuriyev. Kazan'' with the best ballets and operas at the time of 2018 World Cup. ''There are tickets for it, I checked yesterday,'' the first deputy minister of culture of the Republic of Tatarstan announced.

''There will be very interesting soloists. It is a festival of Russian classics,'' Kamalova said.

There will be seven music festivals. ''All flags are coming to visit us'' festival will take place in the philharmonic hall, where Hibla Gerzmava, Daniel Kramer and Nani Bregvadze have already been invited. The same venue on other days will host the festival Blooming Tatarstan, where Mariam Merabova will be one of the headliners. The first deputy minister of culture of the Republic of Tatarstan does not exclude that other well-known performers may also appear, the negotiations still continue. 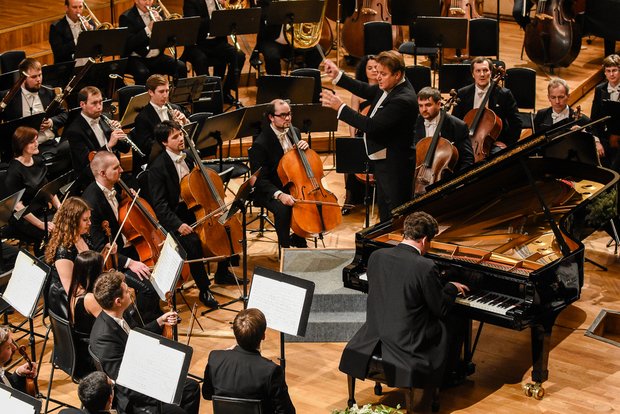 ''It will be a very non-standard connection of music. For example, there will perform the youth electroacoustic orchestra of pianists Sforzando — it is 11 electronic pianos that will play music from movies, other popular compositions,'' Elvira Kamalova explained.

The family centre Kazan, which will be the territory of fan festival (by the way, the directorate of sports and social projects is responsible for it, which prepares individual activities for this time), will host the international festival of modern culture Kazan Live.

''It is the European format of jazz festival, we focused on the Netherlands, Switzerland, Canada. It'll be like cherry on cake. Igor Butman, Ivan Farmakovsky, Vadim Eilenkrig will be one of the headliners,'' Kamalova listed.

At the same venue, but on other days, there will be organized Kazan Summer 2018 international music festival, which may be dedicated to the memory of Alfiya Avzalova. ''We communicate with her daughter, we plan that there will be careful adaptation, performance of her songs in modern interpretations,'' the speaker shared. 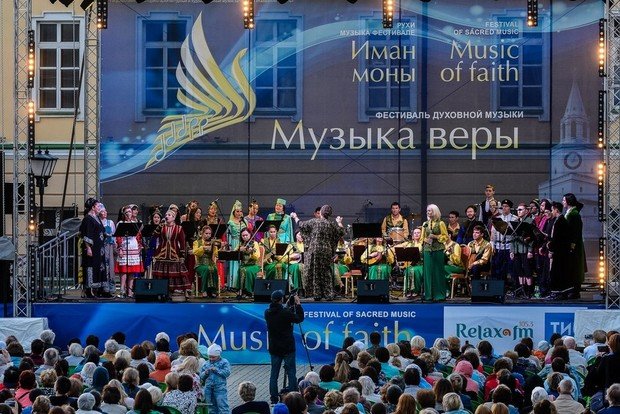 Cannon Yard of the Kazan Kremlin will host the traditional festival of sacred music ''The Music of Faith''. Photo: Oleg Tikhonov

New exhibitions in the Kremlin

The Cannon Yard Museum will hold an exhibition of Western European weapons and armor, exhibits will be brought from the funds of the State Historical Museum of Moscow. Tatarstan Museum of Fine Arts organizes three exhibitions at once, but due to the fact that the main building is closed for renovation, you can admire the paintings in the art gallery Khazine.

''Many wonder what funds we have, what we have. Sometimes we ourselves do not notice what we have. But Baqi Urmançe is an outstanding personality of the Renaissance scale,'' Elvira Kamalova noted.

The ministry of culture will even involve the National Library of the Republic of Tatarstan. The book festival Library in the Park 2018 will be held in Lobachevsky Square, where one can use open mic or get acquainted with the funds of the National Library, which organizes a thematic exhibition.

''People will be attracted by quality''

The organizers of the cultural programme decided to use good weather to the maximum.

''It is no accident that I use the combination open air so often. There is its own public, own audience. Culture is a direction that is interesting for everyone. People will be attracted by the quality. In addition, if, for example, near Chasha there will play the national music of a country that is our guest, it will be a compliment to its representatives,'' Elvira Kamalova explained the subtleties of the organization. Moreover, the mentioned programme is composed only by the ministry of culture of the Republic of Tatarstan, and there are also other cultural events from the directorate of sports and social projects near the family centre Kazan and the festival ''Kazan — Fair Play territory'', which is organized by the executive committee. It will be held on the Kremlin embankment, in Gorky Park, on Bauman Street, on the adjacent territory (''the last mile'') in front of the stadium Kazan Arena.

For fans of cultural holiday in the open air there will be organized 12 film screenings in Gorky Park and Gorkinsko-Ometyevsky forest. It is possible that Black Lake Park will join them.