Maria Kiselyova about her show and how synchronised swimming is changing

During an online conference of Realnoe Vremya, three-time Olympic champion and TV presenter Maria Kiselyova told whether Kazan deserved the status of the Russian sports capital, why the water show is unique and how much synchronised swimming had changed in the last years.

''The goal of holding sports events is to leave a legacy''

Olympic champion Maria Kiselyova visits Kazan almost annually, this is why all changes in its appearance were noticed personally, so to speak.

''I love this city very much and I had a chance to see how Kazan is developing. Each time I come here, I notice how much it has changed and become popular for trips. Even from a perspective of sport, any tournament at any level can be held here. Every tournament held in Kazan is the highest quality seal. It seems to me there is nobody who wouldn't say ''thanks'' for the positive changes happened to the city because everyone personally felt them,'' Kiselyova thinks.

One of the arguments in favour of viewing Kazan as a Russian sports capital – successes of its teams in different sports. Kiselyova is sure Tatarstan has deserved this status.

''I don't know if Kazan needs this status or not. The fact is that the world of sport develops and blossoms, big events are held and will be held. Not only our country but also the whole world knows it. We can see this reality. A desire to come here, to do sport becomes popular, it's fashionable now,'' Kiselyova noted.

However, in her opinion, it's wrong to consider Kazan as a sports capital only. Kiselyova thinks that ''the goal of holding sports events is to leave a legacy'', and Kazan and the republic ''have done it''. 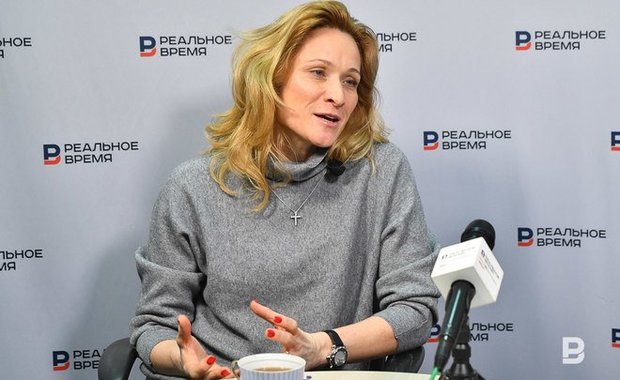 Every tournament held in Kazan is the highest quality seal. It seems to me there is nobody who wouldn't say ''thanks'' for the positive changes happened to the city

''Every spectator can feel a real hero''

The famous athlete arrived in the capital of the Republic of Tatarstan with a business goal. This time, she's staging a family New Year play – The Tale of Tsar Saltan water show based on Pushkin's composition. Kiselyova believes such events can't have only a commercial interest.

''The key task of the water play is to make water sports popular. It's unusual because water is the stage of the play. The action has three dimensions: water, land and air. We try to show through the play that beauty, power, friendship, hope and love help. They move forward and will support in any situation. Every spectator can feel a real hero,'' Maria Kiselyova notes.

One of the most important differences of her show is that part of participants is selected in every city separately. Mainly young synchronised swimmers join the group. To cope with excessive shyness, adapt to the performance in front of a numerous audience are just some of the skills the young athletes obtain by participating in the Olympic champion's show.

''We hold castings first, then we test everybody and select athletes and artists who will take part in the show. As for synchronised swimmers, we try to attract local athletes training in this city. It seems to be correct for us because it's additional popularisation of our sport among these citizens. In addition, in Kazan, we constantly cooperate with a choreographic group, and we like working with it. A possibility to get into a character and perform it in front of a big audience is an additional stimulus for young synchronised swimmers, they start feeling they're real artists. It's important for us that athletes open in a new way, learn something new,'' Kiselyova explained. 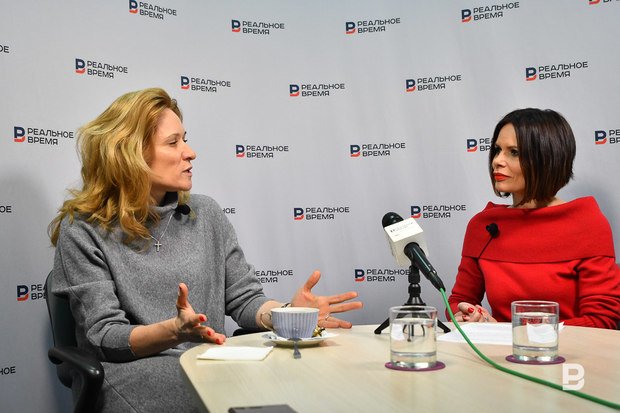 ''The key task of the water play is to make water sports popular. It's unusual because water is the stage of the play. The action has three dimensions: water, land and air''

''The task to include children in Russian Olympic teams''

''I noticed a tendency after my first play nine years ago,'' the athlete and TV presenter told. ''I was amazed that children took their parents' hands and said after the play: 'Mum, I want to swim like this little mermaid' or 'Dad, I want to jump from the trampoline like this pirate'. And children asked to enrol to synchronised swimming and diving classes. It works, and many of these children are already competing. And having seen me, they express their gratitude to me and to the play thanks to which they came to this sport. This is awesome.''

However, not all children can become real athletes. Maria Kiselyova points out five main signs that help to understand a girl might have a future in synchronised swimming.

''The sports school Maria Kiselyova Synchronised Swimming Centre Moscow Urban Physical and Sports Association annually accepts children by preliminary selection. The task is to help children obtain degrees, include them in Russian Olympic teams. It's clear it's impossible to teach to swim beautifully and simultaneously within a month without a prior professional preparation. Every time it seems we achieved perfection, that it's impossible to make it more complicated, interesting and faster. But programmes become more complicated, rhythms become faster, movements become more interesting year after year,'' Kiselyova concluded.