The 'Conversion’ Operation. Disputes over whether to convert in euros or to withdraw in dollars?

Economist Nikita Krichevsky spread ''rumors'' about the forced conversion of dollar deposits in major state banks. According to him, the Central Bank and bankers are working on a mechanism for transferring funds on dollar accounts in euros, and the the ''initiated'' depositors are already withdrawing dollars from banks. Some experts do not consider such rumours incredible, because of the possible sanctions they do not exclude anything — up to a ban on free circulation of the US currency. Others call for not believing the panic talks that have nothing to do with reality. Read more in the material of Realnoe Vremya.

On August 23, economist and publicist Nikita Krichevsky posted an incredible at first glance message on Facebook: this week, the largest Russian state-owned banks allegedly have hold meetings, at which the technology of forced conversion of dollar deposits was discussed. According to Krichevsky, the ''rumour'' says that at the meetings it was proposed to ''convert [funds in dollar accounts] into euros or withdraw [money] in dollars.'' Also, according to rumours, in September the Central Bank plans to issue a corresponding instruction for banks.

From the Krichevsky's post, it follows that the alleged meetings, in addition to the bankers themselves, are expected to be attended by certain large investors (otherwise, whom it was advised to 'withdraw' money in dollars?).

Besides, the post states that dollar deposits in recent years have been massively closed or converted into euros by ''socially responsible deputies and other initiated persons''.

The economist began his message with an evasive maxim about the ''special'' Russian people: ''Even if officially all media channels report that, for example, on the 10th (20th, 30th) day a forced conversion of dollar deposits into ruble ones begins, they [the people] to the last will earnestly believe in a trick and only on the 11th (21st, 31st) will cry.''

What is the meaning of the hypothetical conversion – it is not clear from the post. Krichevsky himself refused to go into any details: ''I have nothing to add. That's all it says — nothing more to say. There is no economic sense in the conversion. If you don't understand what we're talking about, I'm sorry, I'm not ready to give you a lecture.'' What is the meaning of the hypothetical conversion – it is not clear from the post. Krichevsky himself refused to go into any details. Photo: ysia.ru

Realnoe Vremya has sent requests to the five largest Russian banks, but responses from them have not followed yet.

Now the bulk of the banks' clients keep money in rubles, the share of foreign deposits is small. At the beginning of August, foreign currency occupied 27,5% of the total structure of client funds (in particular, 20,5% of all deposits of individuals and 37,5% of all funds of organizations).

''If there were no meetings, it would be good to hold them''

If we assume that the Central Bank is really discussing some regulatory actions related to the conversion of dollar accounts, they may be related to the new sanctions by the United States. In August, US Senators Lindsey Graham and John McCain brought in a bill to the Congress, which provides for restrictions on Sberbank, VTB, Gazprombank, Rosselkhozbank, Promsvyazbank, VEB and Bank of Moscow.

The bill gives the US president the right to block the operations of these banks if the operations are related to the property located in the US or owned by an American citizen. According to experts, in practice, this can mean great difficulties with any dollar transactions of the banks under sanctions. 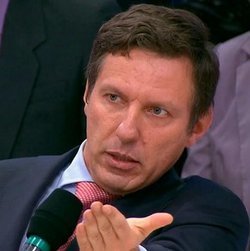 In fact, he notes, the banks from the sanctions list will lose the opportunity to make non-cash payments in dollars. Of course, one can bypass the restrictions through dollar accounts in correspondent banks, but in this case they themselves will find themselves under a threat of sanctions.

According to Osadchiy, about half of all deposits of the Russian banking sector in foreign currency ($88.2 billion as of August 1) are concentrated in the banks that appear in the draft bill, and most of these deposits are dollar ones. ''If the bill is adopted in full, freezing or conversion of deposits in dollars becomes almost inevitable. This can be so strong shock that the ban on free circulation of the foreign currency can be possible,'' Osadchiy believes.

''Even if there were no meetings, it would be good to hold them,'' the team of the Telegram channel Banksta believes. The cutoff of Russian state banks from dollar payments will put them in the situation in which Latvian banks found themselves, said in the response message of the channel to Realnoe Vremya. For example, the popular bank among Russians, Rietumu, since last year has recommended the customers to switch to euros from dollars (and later converted funds), as it was involved in money laundering and, more importantly, was caught on this by the US financial intelligence.

''It is unlikely that state banks held meetings with large investors, it would sow panic, state bankers do not have sufficient confidence in their customers. According to the information that is known to us, the banks are losing their foreign currency liquidity and are trying to keep it – through directives they distribute it within the assistance of billionaires that fall under the sanctions; customers with foreign currency assets are leaving part of the customers. Wealthy citizens have long kept significant funds abroad, for private investors at the moment, no matter how silly it sounds, it is more urgent to keep funds abroad or in stable currency under the pillow (turn attention to the arrests of officials, they always have a mountain of cash at home in the currency).

There is little trust in the state banks and the Bank of Russia. No one is trying to earn it, the financial system is not built for savings and investment allocation into an effective business, but to protect the state companies under sanctions and inefficient state-owned ones, in favour of skewed, in favour of the defence budget and presidential decrees, for example, non-obvious and expensive construction of the bridge to Sakhalin,'' Banksta writes. ''Rumours about any drastic steps in the banking system arise with enviable regularity during periods of special instability of the ruble. People are beginning to talk about a close default, the forced withdrawal of currency, freezing of accounts and so on. However, such rumours have nothing to do with reality,'' says Andrey Kochetkov, analyst at Otkritie Broker.

He has no doubt that the talks about forced conversion is related to the Graham-McCain bill, but believes that even the implementation of this scenario will not prevent Russian banks to make transactions. ''Besides, we do not particularly expect such a tough version of the US sanctions, as it would mean force majeure for many operations, including the payment of foreign debts of Russian borrowers. That is, such sanctions can really harm American banks,'' Kochetkov adds.