Last week, Russian functionaries made much noise with two statements at once: Russia doesn't trust the ''risky'' dollar and wants to sell oil for rubles, while the government is thinking about sacrificing metallurgists and petrochemists' revenues for the ''May decree''. The first idea can serve as protection from sanctions, but it doesn't free from the problem of price fluctuations; the second idea makes businesses inefficient and gives a negative signal to already disloyal investors. Realnoe Vremya tells the details.

The next eccentric statement of state functionaries coincided with the end of the last week, which was already rich in the news. On 12 August, Russian Vice-Prime Minister Anton Siluanov supposed a refusal of the dollar when selling oil during the evening air on Russia 1 channel. When host Vladimir Solovyov asked him whether Russia could settle with importers in national currencies, the head of the Finance Ministry replied simply – it wasn't excluded. ''We've considerably reduced investments of our reserves in US assets. In fact, the dollar, which was supposed to be a world currency, is already becoming a risky tool to settle,'' Siluanov said.

This is at least the third announcement of functionaries about the refusal of the settlement in dollars in the last years. In April, Energy Minister Aleksandr Novak said we could sell oil in national currencies with Iran and Turkey – it's the ''needs'' and ''wishes of the sides''. And at the International Economic Forum in Saint Petersburg, President Vladimir Putin made an offer to Japan: ''The ruble, in fact, is a completely convertible currency. So let's settle in rubles. We are able to create a mechanism for converting in the yen, euro and same dollar. This all can be created.''

According to Putin, the ''obstacles that our American colleagues are creating'' push to refuse the dollar. In an attempt of solving ''current situational and political problems'' they ''disrupt the trust'' in their currency, and ''everyone without exception starts thinking about leaving this monopoly somehow''. Putin didn't explain what he meant. But it seems that trade wars declared by USA President Donald Trump were the reason for his discontent. 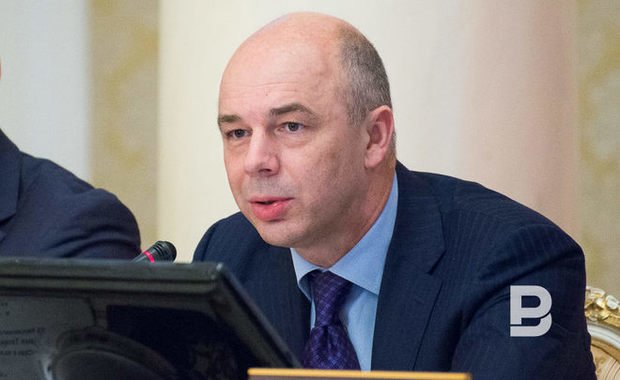 ''We've considerably reduced investments of our reserves in US assets. In fact, the dollar, which was supposed to be a world currency, is already becoming a risky tool to settle,'' Siluanov said. Photo: Maksim Platonov

As for investments in the dollar, Russia has really reduced them in recent time, moreover, the scale of this reduction has been unprecedented. The Central Bank sold American treasury bonds at more than $80 billion of its international reserves in April-May, as a result of which Russia isn't in the top 30 major bond holders of the USA, while its investments in the US public debt fell to a multi-year low.

Chief economist of Expert RA Anton Tabakh notes the idea of mutual settlement in national currencies isn't new, while the only sense of it is to protect from sanctions. ''Famous last words. It's being discussed for 15 years already, but nothing has changed. Such talks usually suddenly go up during the next instability and crisis occurrences. In other words, one should distinguish ritual spells from reality,'' he says.

Nevertheless, Tabakh thinks now this offer is feasible because sanctions have complicated life a lot in the last years, and dollar transactions for Russian companies have become too complex. ''The reporting system in front of US regulators crosses the allowed limit from a business perspective and causes discontent: who do they think they are? Yes, it's the biggest economy and the most popular currency, but everything has its limits.''

Considering that additional technical possibilities of settling in national currencies have appeared in the last time, the business will probably move towards it. Moreover, Tabakh thinks prices are more often fixed by different direct agreements. In a word, this idea has had a kernel at this stage, moreover, to simply amuse oneself.'' 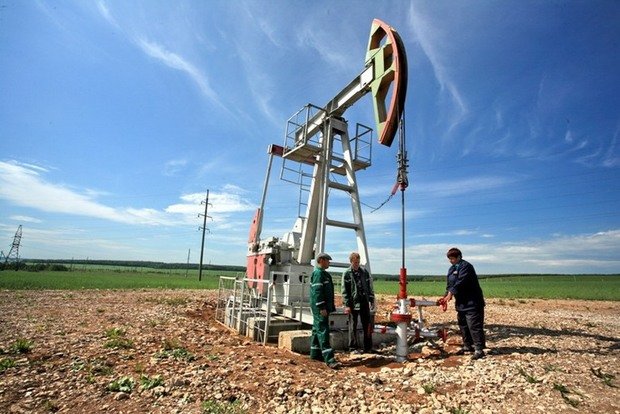 However, the idea that the refusal of the dollar will make trade be less vulnerable to price fluctuations is a myth: ''Oil price is fixed in dollars, and everything will depend on it until it's fixed in dollars. This won't solve the problem of volatility. In fact, it's just elimination of sanction risks when settling via US banks.''

The offer about the withdrawal of additional revenue from metallurgists and enterprises of the chemical, petrochemical and mining sectors have made a lot of noise these days. All began with the president's aide Andrey Belousov's note that was published by Nezygar Telegram channel. The content of the note boiled down to the idea of raising tax for such companies because the load in these sectors was softer now, while profitability was higher.

As it was said, the industrialists' incomes are planned to be sacrificed for the ''May decrees''. TASS says the rise can bring the budget about 500bn rubles a year. And such companies as Nornikel, Novolipetsk Steel, Alrosa, Polyus Gold, Uralkali, Severstal, Sibur, Mechel and others will probably be sources of this additional money.

Vladimir Putin read Belousov's letter and gave his approval. According to the president's Press Secretary Dmitry Peskov, it doesn't so far mean the idea will become a reality – the head of the country has just agreed that the government can study this topic. On Friday, the Ministry of Finance spread a statement signed by Siluanov. It is said the government isn't preparing any decisions to raise taxes for specific sectors. However, Siluanov promised not to bother taxes in the following 6 years in the same way as the government was making a decision to raise VAT to 20%. The Russian Union of Industrialists and Entrepreneurs (RUIE) criticised the option of collecting money from ''more efficient and actively investing'' companies. ''The initiative doesn't favour the increase of competitiveness of the country's economy and will lead to a mass departure of investors from the Russian market. The measures taken to regulate the industrialists' revenues by the state liquidate stimuli to develop production, increase productivity and general effectiveness of companies. The novelty is a negative signal for all participants of the economic activity in the country,'' the union says in the statement.

BCS Global Markets analysts called Belousov's offer ''nonsense'' – in this case, companies will lose up to 30% of EBIDTA and about 70% of free money flow dividends are paid out from. Billionaire and owner of Novolipetsk Steel Vladimir Lisin said to Bloomberg that the additional tax stimulates enterprises to be inefficient: the lower profitability is, the fewer taxes they will have to pay.

''The talk that revenues from the current economic situation need to be taken to the budget was a long time ago – such a socialistic desire has always been present. But a sensible formula hasn't been made up,'' says Yury Simachyov from RANEPA Institute of Applied Economic Research. It's bad we don't completely see where revenues came from in fact: from a better economic situation or higher efficiency. ''I understand the general idea: there are wonderful tasks, and money needs to be found for them. But we have so many inefficient areas to spend public money on that there are places to look for. It's just politically more complicated to look for there. The idea about the metallurgists now is the most comfortable decision for the functionaries from a perspective of transactions, but it's wrong strategically,'' Simachyov concludes.