Former Soviet diplomat Yulduz Khaliullin about the absence of stability in the world. Series 18

Soviet and Russian diplomat Yulduz Khaliullin dedicated his new column in Realnoe Vremya to the events happening in America, Far East and Europe. Our columnist is talking about G7 summit, Putin's visit to China, SCO forum and the meeting of the leaders of the USA and DPRK.

The first half of June was rich in international events with the heads of leading countries of the world. First of all, G7 (Group of Seven: the USA, Canada, Germany, France, Italy, Great Britain and Japan) took place in the Canadian city on 8 and 9 June. G7's GDP is almost half of the world's GDP. It was G8 before 2014: Russia also belonged to the club, but our country was temporarily excluded at Ukraine's insistence after Crimean events.

According to information from Quebec, G7 summit couldn't establish differences between the approaches of Donald Trump and other leaders to problems of international trade relations. There were quite sharp statements addressed to the policy of the US president from France President Macron and Canada Prime Minister Trudeau. In fact, Trump argued with all leaders of this movement except Prime Minister of Japan Shinzō Abe and recently elected Prime Minister of Italy Giuseppe Conte one day before.

Such meetings, as a rule, end with general short press releases. During such forums, people exchange opinions about current global problems to clarify positions of these countries on different issues. G7 summit took place in the Canadian city on 8 and 9 June. Photo: g7.gc.ca

After an online meeting with citizens of his country (direct line), President of Russia Vladimir Putin immediately paid an official visit to China. The head of Russia Putin and PRC Chairman Xi Jinping discussed problems and issues of bilateral cooperation and made a statement about the readiness to augment collaboration in all areas, especially in trade, economy and politics.

Foreign agencies note that the visit of the Russian leader to PRC and the meeting with the Chinese leader is taking place while NATO is having a great influence on the Kremlin on Ukraine, Syria. Washington is putting pressure on Beijing, from a perspective of trade affairs. This is why coordination in these issues between Beijing and Moscow is considered a considerably important occurrence.

According to the Russian president's statements, the relations are becoming closer, trading volumes between China and Russia constantly grow. This year they are to make up $100 billion. Of course, in comparison with Chinese-US trade volumes with $700bn turnover, it's a low number.

Reviewers of Russian and foreign press noticed that a trip from Beijing to Tianjin by high-speed train was on the Russian president's visit's programme. They covered the distance of 117 km for half an hour. So China demonstrated how far they were in railway construction. Here one can see some reproach of Moscow. A Moscow – Kazan high-speed railway project with China was discussed several years ago. But this issue remained in the air. The president of our country is taking part in the SCO summit in Qingdao – on the Yellow Sea shore in China. According to Chinese data, the port of Qingdao with modern skyscrapers maintains trading and economic links with almost 800 ports from 170 countries of the world. About $100bn have been invested in this city, including the money from 200 foreign companies from all over the world. It's a big hub of international trading and economic links.

This is the 17 th summit of the biggest regional organisation in the world in terms of both territory and population of its member states that has huge potential for economic development. It's supposed new areas of multilateral cooperation within the SCO will be defined at the summit. India and Pakistan are new members of the association. They are presented by the prime minister and president and have several big disagreements with each other. Delhi and Islamabad should adapt to SCO cooperation conditions, including to the rules of Chinese 'One Belt – One Road' strategic initiative, which was proposed by Beijing several years ago.

It's meant PRC Chairman Xi Jinping would deliver a speech at the meeting with new initiatives to develop multilateral links in the Shanghai Cooperation Organisation. Speeches of all other leaders, participants of the summit in the conditions of the global situation in the world including the escalation in the West-East line will be carefully considered. Iran President Hassan Rouhani is also taking part in the summit, as the Islamic Republic is an SCO observer.

The mass media paid attention Taiwan has had military exercises these days 'to respond to attacks of Chinese troops' where about 4,000 participants were included. President of the country Tsai Ing-wen was also present in the event. While the USA supports Taiwan, this is considered as certain provocation of PRC. US President Donald Trump pays great attention to any support of Taiwan to put pressure on PRC. Taiwan has had military exercises these days 'to respond to attacks of Chinese troops'. Photo: ria.ru

The mass media carefully followed the course of negotiations on the threshold of the meeting of Donald Trump and Kim Jong-un, which was to be on 12 June, supposing this event was only the beginning of relations between Pyongyang and Washington. This all is quite prestigious for both leaders and resembles me the visit of Richard Nixon to China in 1972 and his first meeting with Mao Zedong. Relations between the USA and PRC were established then.

Russian Minister of Foreign Affairs of Russia Sergey Lavrov who met with the head of North Korea and invited him to visit our country has recently visited Pyongyang. He urged DPRK and the USA to meet a halfway to denuclearise the Korean Peninsula.

The change of the government in Spain and the end of the month-long political crisis in Italy with the creation of a new government without traditional political parties is also of certain interest. It's curious new Prime Minister of Italy Giuseppe Conte claimed that Rome would support the cancellation of economic sanctions against Russia from which his country lost €6 billion. The new government wants to expand the role of Italy in European and global politics. This power, included in G7, was a bit cornered due to the crisis. Italy has its own approaches to develop the European Union further. 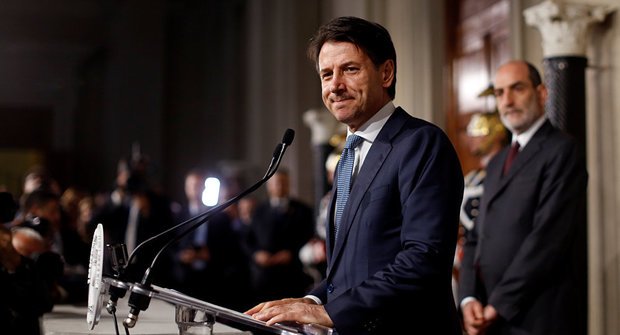 Meanwhile, the EU politics is determined by the position of two countries – Germany and France. Other countries have a less influence on the development of the European Union. The European Union has big problems, there are certain disagreements. But they will be able to cope with them.