On 18 May, President Vladimir Putin approved the candidacies to the government offered by Dmitry Medvedev. ''These people are famous and have good work experience,'' noted the head of the country. Minister of Communications Nikolay Nikiforov from Tatarstan has lost his post and given his chair to the director of the governmental analytical centre. Board Chairman of Rosselkhozbank Dmitry Patrushev has chaired the Ministry of Agriculture. While governors of Yamal-Nenets Autonomous District and Tyumen Oblast Dmitry Kobylkin and Vladimir Yakushev have occupied ministerial posts: one of them has taken charge of natural resources and ecology, the other – construction, housing and utilities. Realnoe Vremya surveyed experts to know their opinion of the new composition of the government.

Putin: ''We've discussed some of them in the morning''

On 18 May, Vladimir Putin approved the candidacies to the post of vice-premier and ministers of Russia offered by Dmitry Medvedev. ''We had discussed almost all candidacies you offered. We've discussed some of them in the morning. It's famous people with good work experience who proved themselves to be good in other spheres of work,'' he emphasised.

The president of the country agrees with the offers of the prime minister and was to sign a decree on the appointments. For instance, Anton Siluanov became the vice premier and minister of finance. Tatiana Golikova, Yury Trutnyov, Olga Golodets, Vitaly Mutko, Dmitry Kozak, Yury Borisov, Aleksey Gordeyev, Maksim Akimov and Konstantin Chuychenko (head of the government apparatus) are Medvedev's deputies.

Director of the Federal Agency for Scientific Organisations Mikhail Kotyukov has occupied the post of the Minister of Higher Education and Science. Governor of Yamal-Nenets Autonomous District Dmitry Kobylkin has been the minister of natural resources, and his colleague from Tyumen Oblast Vladimir Yakushev is the new minister of construction, housing and utilities. Director of the Analytical Centre for the Government of the Russian Federation Konstantin Noskov has changed Nikolay Nikiforov from Tatarstan as head of the Ministry of Communications, which has also transformed into the Ministry of Digital Development. And Board Chairman of Rosselkhozbank Dmitry Patrushev has chaired the Ministry of Agriculture. Vladimir Putin approved the candidacies to the post of vice-premier and ministers of Russia offered by Dmitry Medvedev. Photo: kremlin.ru

Other ministries have conserved their posts. We will remind Vladimir Putin signed the decree on the structure of the new government on Tuesday. The document divides the Ministry of Education and Science into two structures and transforms the Ministry of Communications into the Ministry of Digital Development, Telecom and Mass Communications. In addition, the Ministry of Industry and Trade has expanded its functions, now it will rule trade representative offices of Russia in other countries.

Only the new minister of natural resources and ecology has gladdened political expert Abbas Gallyamov in the approved composition of the government of Russia, what he wrote about on his Facebook page: ''The appointment of Kobylkin is almost the only decision I liked today. There is a pile of ecological problems in the country, and I hope he will start to solve them carefully. The reputation allows to hope he will handle it. Later in a talk with Realnoe Vremya's correspondent, he added: 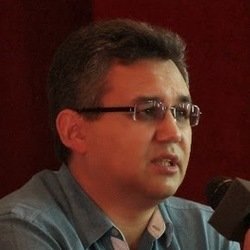 ''It's a 'stagnant government', not 'a breakthrough government'', which Putin announced. None of these people has ever made any breakthrough. And it's unclear why they will make it now,'' thinks Gallyamov.

''The group of the Ministry of Defence has weakened, others have gained nothing''

Leonid Davydov, Russian political consultant, founder, board chairman of Petersburg Politics Foundation and author of the famous @Davydov. Index Telegram channel gave this opinion about the new composition of the government to our newspaper:

''The composition of the government has become more fragmentary, what the number of vice-premiers shows. The work of only Dvorkovich, for instance, has been divided into three vice-premiers. Whatever can be expected from the 'newcomers'. The group of the Ministry of Defence in the Cabinet of Ministers has weakened, others have gained nothing,'' noted Davydov.

Member of the Russian Association of Political Consultants Andrey Kolyadin also called the Cabinet of Ministers ''not political but technical''. In the expert's opinion, the new government doesn't have a task to initiate new solutions – these solutions were elaborated in the form of decrees of the president in 13 areas and made public after Putin's inauguration. ''Consequently, people need to do what was created by the previous government, Security Council, president's administration and other bodies, which participated in the creation of programmes that became 'May decrees', well, on time and with the highest efficiency. So the trust of both the president and the premier is major factor in the appointments, and they need to understand they will work in one team, without intrigues, fight for resources and walk-in priviliges,'' Andrey Kolydin noted.

Probably this is why all vice-premiers come from previous compositions of the Cabinet of Ministers. Even Borisov and Akimov who 'seem to have come from outside came from inside the government'. The same thing can be said about the new ministers too, the expert thinks.

''Not only security officials are augmenting their influence – Chemezov, the Kovalchuks, Sobyanin''

Director of the Regional Politics Development Centre Ilya Grashchenkov called the new Cabinet of the Ministers a 'government of trust':

''It has included those people whom they entrust reformation of relations inside the sectors, (Mutko and Yakushev) in construction, Kobylkin in the Ministry of Natural Resources, Kozlov in the Ministry for Development of the Russian Far East, Patrushev in agriculture and Zinichev in the Ministry of Emergency Situations. The Ministry of Education has been optimised, science is a priority area now. By the way, I suppose not all ministers will stay until the end of the term, somebody will be substituted in the process, I mean people from the old team.'' 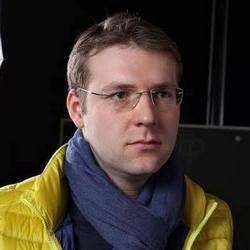 Grashchenkov supposes the major task of these people in the short run will be to implement the president's decrees in restricted financial conditions – it will be their first and important task: ''Medvedev's attenuation is obvious as well as the rising power of security officials. In general, the new government is very powerful, which enables to evaluate the new political vector. However, not only security officials are augmenting their influence – Chemezov, the Kovalchuks, Sobyanin – Sechin, Patrushev and the Rotenbergs have won several important departments, have conserved their influence. Including some other big Financial Industrial Groups, for instance, in the Far East Federal District. The appointment of Kozlov as Minister for Development of the Russian Far East strengthens Kozhemyakov's positions.''

@Mysli-Nemysli Telegram channel also shares its vision of the situation: ''As our channel is focused on the economic block, we haven't had a 'new government'. The team of Siluanov and Oreshkin has only strengthened. The economic block in the government will be decisive, as now there will be a task to find money for the president's May decrees. From our point of view, all measures of the new government will be, first of all, aimed to fill the budget and keep the deficit at 3%. VAT, pension age will increase, a tax manoeuvre, which Siluanov offered in early 2017, is possible.''