The partnership with Rostec increases the company's status, but it doesn't mean we need to stop working, Bars Group Director Timur Akhmerov thinks. At the online conference of Realnoe Vremya, he told how they have been living under the wing of Rostec for one year, when digital future was going to come to Russia and why Bars Group was not going to completely move to Innopolis at the moment.

A year of life with Rostec: first results

In April 2016, the National IT Centre (NITC is Rostec's subsidiary) bought 100% shares of Bars Group. Timur Akhmerov says that many people consider that ''a rosy country appears after a deal, everything changes immediately and starts to blossom''.

''Thinking that Rostec changes everything at once is an illusion. I always said that we are a market company that, first of all, thinks of its clients. And the shareholding friendship with Rostec means new possibilities, a chance to leave a trace in a bigger game, in the trend of the digital economy. Few people would hear about Timur Akhmerov's private company. Solution of some important, including political problems would be unavailable,'' Akhmerov noted.

The Bars Group director also dispelled the myth like the company started to receive a pile of orders after the merge with Rostec. 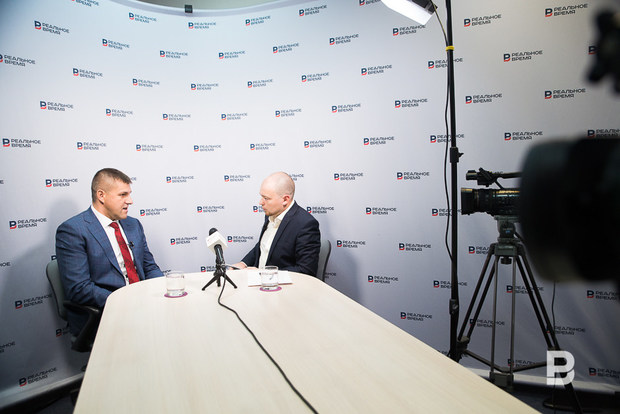 I always said that we are a market company that, first of all, thinks of its clients. And the shareholding friendship with Rostec is new possibilities, a chance to leave a trace in a bigger game, in the trend of digital economy

''Actually, not exactly. And Rostec is not a client,'' Akhmerov says.

The company also needs to work itself and attract investors. The editorial's guest noted that the structures inside Rostec can be divided into two categories. Companies from the first category sit and wait until somebody brings them clients or they receive a state order all of a sudden. Companies from the second category do it themselves and look for new contracts. Right the first category is usually not successful.

''The fact that we belong to Rostec doesn't mean that tomorrow they will up and give us all contracts.''

The case of Bars Group is an example of state and private partnership when a market company with a correct motivation system, orientation to clients, works in tandem with a state structure that usually lacks such staff. In Akhmerov's opinion, the future lies with such partnership.

According to the studio's guest, he also had a vague idea how the work after merging with NITC would change:

''I was not ready for everything. As an entrepreneur, I had to face red tape. The problem of conservation of running market characteristic is a legal matter and how to correctly avoid bureaucratic rules that impede the business.'' From Akhmerov's point of view, Bars Group coped with this task. Bars Group was one of the first and biggest residents of the IT city. Now a subdivision of Sbertec is the leader in terms of the number of workers in Innopolis. 69 people of Bars Group constantly live in the new city. They are mainly workers who moved from other regions.

Very Akhmerov also has registration in Innopolis now, he pays taxes there. But he rarely visits the place of registration: he mainly stays in Moscow and Kazan.

''I always go to Innopolis with pleasure. In addition, together with the marketing department of Rostec, we lobby organisation of events right in the city to create a kind of get-together.''

''In July, I paid tens of millions of rubles of income tax as physical person. I also made a contribution to the development of this city like tax payments.''

Akhmerov is not going to shift the head office to Innopolis. Bars Group plans to place several startups in the IT city. 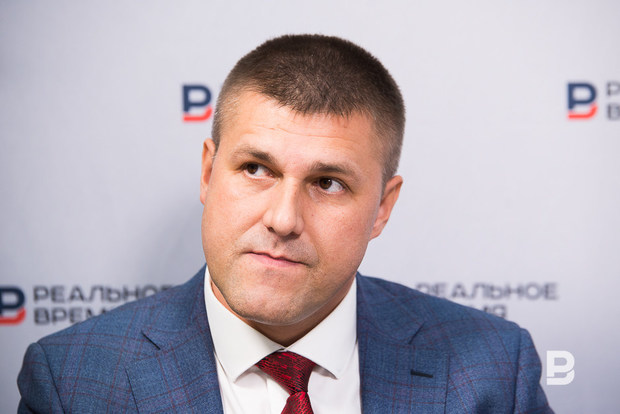 During the online conference, readers raised a question about IT education: a kid studies in the 9 th degree and want to leave the country, while his parents want him to stay and work in Bars Group. The question is what they need to do, so that the company will be interested in hiring him in the future.

Timur Akhmerov noted that Bars Group did not have its own educational programmes or preparation schools: ''We are not such a big company.'' But students and schoolchildren can have internships in the company in summer by running errands. For instance, Akhmerov's sons spend their holiday this way.

But the editorial's guests did not support the teenager's desire to leave the country. In Timur Akhmerov's opinion, digital economy is developing now. Life in future Russia will be comfortable.

He put an example of his older son. He studied in England and was not going to be back to Russia first because he thought one could not achieve anything in our country. Now he works in Moscow as investment analyst and simultaneously consults blockchain startups.

I believe that our kids will change the world. We fight to make some processes digital. But, in general, the business always includes a human factor. And corruption is present there, attempts to crack down and impede. Everything will be so digital in tomorrow's generation when the Generation Alpha grows up and rules the country (smart contracts, blockchain) that there won't be any intermediaries. I think people certainly should not leave Russia. Stay, let's build the digital economy together!''