Viktor Kalyuzhny: ''Tatarstan grows because there are brains!''

Russian Energy Week finished in Moscow, one of the key topics of which was the oil industry. The revenues from the oil industry are more than 30% of the revenues of the Federal Treasury, but the amount can be increased by upgrading plants and increasing the production of light, high-margin products. Why only brave souls resolve to invest in this direction and why the oil men ''do not cry'' in Tatarstan — read in the article of Realnoe Vremya.

Goal of the industry is to increase oil refining efficiency

One of the problems of the Russian oil industry is a low oil refining efficiency. This topic was raised at the round table ''Oil Refining in Russia: large-scale modernization and new challenges''. On average, the depth of refining in Russia reaches 60%, in Europe the figures reach 75-80%, in the USA — 85-90%. According to the estimates of director of the department of tax and customs policy of the Ministry of Finance of Russia Alexey Sazanov, in Russia an increase from 60% to 80% would provide the Treasury additional 800 billion rubles a year.

''It is 1% of GDP at current prices. If we have the expected growth rate of 1,5-2%, maybe we have something to think about,'' said Alexey Sazanov.

But it is unprofitable for the plants to invest in modernization of production and increase of the refining depth. Under the current oil prices, the plants have a low margin — the average profit is $3 from each barrel. With such profits the refineries ''survive'' but the leadership already have no incentives to invest. There are two ways out: to wait until the oil price goes up and is profitable to invest or to create incentives in the form of subsidies. According to the estimates of Alexey Sazanov, in Russia an increase from 60% to 80% would provide the Treasury additional 800 billion rubles per year

''It is clear that the state does not have resources but has the possibility to share with additional revenues that the state would get from the creation of GDP. The refinery would receive a return on investment, for example, they bring the refining depth up to 80% and receive a negative excise tax on each tonne of refined oil. What would be the excise tax? If to go from 60 to 80, then the excise tax is about 1,000 rubles per tonne would be sufficient,'' suggested Alexey Sazanov.

''We are those brave souls who, despite the lack of logic, invest in refining. Yes, we have delays from desired introductions, which reach six months to a year, but thanks to delayed coking and vacuum unit, physically we have the refining depth by those technologies, by which the whole world calculate, is 98% because сox is also the final product. There is one intermediate — vacuum gas oil, we have 24% of it, and cox — 6%. Accordingly, if cox and gas oil are put in side, the output of light products is under 70, but it's a transitional stage,'' explained the president of Noviy Potok JSC Dmitry Mazurov. 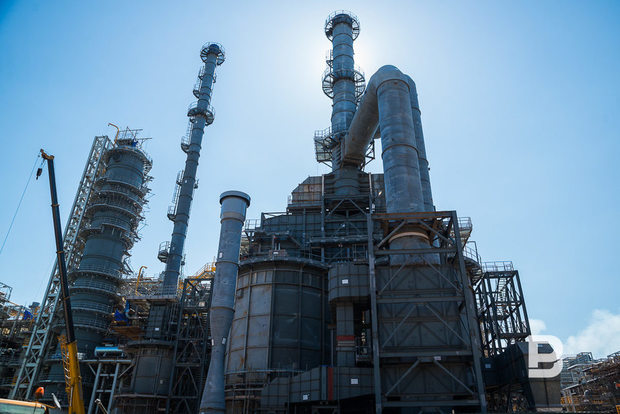 The heavy residue conversion complex was launched at TANECO, and the launch of the HRCC is expected at TAIF-NK soon. Photo: Maksim Platonov

''It is necessary to use brains, and then energy will not stand with outstretched hand''

According to Dmitry Mazurov, the plant has an unfortunate location and they have to supply the products across the country, so if the government did not allocate subsidies for the logistics, the plant's work would be stopped. Then Viktor Kalyuzhny joined the conversation.

''About four years ago, President of Tatarstan Rustam Minnikhanov said, ''Why the oil companies are crying?'' That time the oil cost $40 per barrel, it was enough for them to develop. That way Tatarstan lives, which grows because there are brains! Here it is necessary to use brains, and then energy will not stand with outstretched hand,'' said Minister of Fuel and Energy of Russia in 1999-2000 Viktor Kalyuzhny.

Tatarstan is one of the regions where the emphasis is put on increasing the oil refining depth. The heavy residue conversion complex was launched at TANECO, and the launch of the HRCC is expected at TAIF-NK soon.

''TAIF-NK utilizes the technology VCC (Veba Combi Cracking) – it is a brand new technology. If I'm not mistaken, there are only three such plants in the world, and the output of light products, which is be in the end, is absolutely phenomenal. From the point of view of implementing, the technology is very complex, very high pressure is used in the columns where all transformations take place,'' commented Alexey Sazanov to the correspondent of Realnoe Vremya. ''It is great that they ventured on such a project.'' 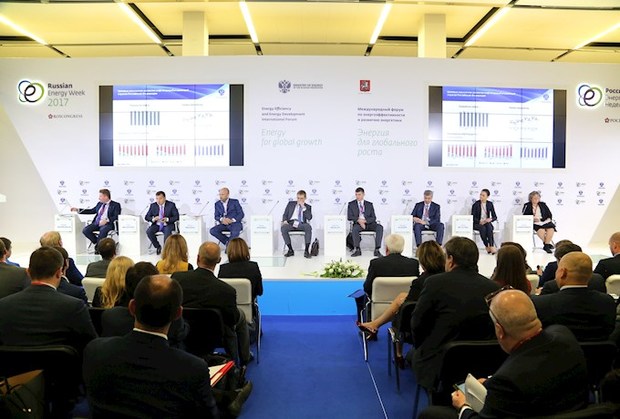 ''TAIF-NK utilizes the technology VCC (Veba Combi Cracking) – it is a brand new technology. If I'm not mistaken, there are only three such plants in the world, and the output of light products, which is be in the end, is absolutely phenomenal,'' commented Aleksey Sazanov