To lose due to taxes: How Carlos Ghosn’s arrest will affect AvtoVAZ

Carlos Ghosn has lost executive posts in the Renault–Nissan–Mitsubishi Alliance after being arrested for hiding incomes. Later, Nissan announced a possible reconsideration of its participation in the alliance citing ''unequal conditions''. Experts believe the negative impact of these events shouldn't be critical for AvtoVAZ, as Ghosn wasn't the only manager in the alliance despite his power.

The Board of Directors of Japanese carmaker Mitsubishi Motors made a decision to fire the company's Chairman Carlos Ghosn. As it's said in the message of the Japanese carmaker, Nissan stopped trusting him, this is why he can't continue working at Mitsubishi.

Carlos Ghosn was arrested on 19 November. He's suspected of lowering salary in the corporate report for many years to avoid tax payment. Ghosn himself denies the accusations of falsified reports.

After the arrest, Nissan's Board of Directors decided to fire Carlos Ghosn as a board chairman. The company announced the incomes Ghosn embezzled were designed for operational costs and could also be invested in development.

In addition, the alliance will launch its own investigation by creating a special committee. It is supposed to improve the corporate management system. After the arrest, Nissan's Board of Directors decided to fire Carlos Ghosn as a board chairman. Photo: automotorpad.com

The French-Japanese partnership was founded in 1999. In 2016, Mitsubishi joined the alliance, after which the alliance became the biggest carmaker in the world and sold more Toyota, Volkswagen and General Motors cars.

Carlos Ghosn made a considerable contribution to the alliance's success as a strategist and manager who was nicknamed ''Le Cost Killer'' for his strict costs reduction programme.

The B0 platform was put into operation under his management. Logan became the first car made with it. The car was designed by the Romanian manufacturer Dacia, which later joined the alliance. Firstly, Logan was to cost no more than €5,000. However, the price then rose to €7,500. The car started to be produced in 2004. Now Logan, which is full of modifications and went through several updates, is also made at AvtoVAZ in Tolyatti both as an independent model and modification in the form of Lada's Largus. The Russian side not always has been glad about the actions of the managers appointed by the French-Japanese alliance. Rostec, the Tolyatti enterprise's shareholder, didn't like particularly the work of Swedish top manager Bo Andersson. Photo: Maksim Platonov

The Volga factory became part of the alliance in 2008, as a result, its activity significantly changed – new models appeared, the quality of products considerably improved.

The Russian side not always has been glad about the actions of the managers appointed by the French-Japanese alliance. Rostec, the Tolyatti enterprise's shareholder, didn't like particularly the work of Swedish top manager Bo Andersson (AvtoVAZ president in 2014-2016). On Andersson's initiative, the Tolyatti factory had mass dismissals – thousands of people lost jobs.

After arresting Ghosn, there appeared information in the media that Nissan might reconsider its participation in the alliance. It's said Nissan CEO Hiroto Saikawa claimed the relations between the companies were ''unequal''.

Carlos Ghosn himself was the chairman of the AvtoVAZ Board of Directors in 2013-2016, then he gave way to Rostec's representative Sergey Skvortsov. The Russian side hasn't commented on Ghosn's arrest. AvtoVAZ also refuses to comment on the situation. It's said Nissan CEO Hiroto Saikawa claimed the relations between the companies were 'unequal'. Photo: autonews.autoua.net

In experts' opinion, the business of the Tolyatti car factory, in general, won't suffer. However, the situation will affect the rate of securities.

''The messages about the full confession of the head of the Renault–Nissan–Mitsubishi Alliance will likely have a middle-term negative impact on the companies' security rates. However, the negative impact shouldn't be critical, as we must admit that Ghosn isn't the only managing body at neither Renault nor Nissan nor the alliance despite his power. Consequently, his departure is likely not to have a significant influence on these structures' politics, including further development of AvtoVAZ,'' the expert thinks. 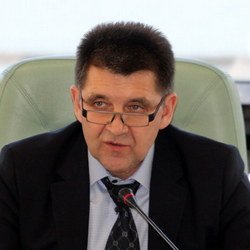 Deputy of the Samara Governorate Duma, President of the Automotive Federation of Samara Oblast Vyacheslav Maleyev thinks nothing threatens AvtoVAZ in the current conditions.

''I don't see prerequisites for dramatic changes in the development of AvtoVAZ. The alliance is quite stable, many people rule it. There is a very low probability that something will happen, this is why it's unlikely there is any life plan for the factory outside the alliance,'' Maleyev said.