The exhibition Aerospace Technologies, Modern Materials and Equipment 2018 (AKTO), which finished with an enchanting sky air show, left behind unfulfilled hope for its radical, not cosmetic reformatting. As it became known to Realnoe Vremya, the organizers of the AKTO were working out the idea of opening an exhibition of arms and military aircrafts in the capital of Tatarstan before the launch of Kazan Expo in 2019. The one what the military-industrial complex (MIC) really works on, but from year to year substitutes it with a display of civil ''surrogates''. However, the attempt to turn AKTO into ''Tatar IDEX'' (the exhibition of arms and military equipment in Abu Dhabi) has failed: the operator of the exhibition, Kazan Fair JSC, failed to obtain the permission from the ministry of defence of the Russian Federation to demonstrate military-technical products. According to rumours, Kazan Fair failed to provide the airfield infrastructure to ensure the safety of shows, although as we know, there are enough airfields in Kazan.

Kazan, after a series of major international sports championships, seems to have aimed at the prestigious, but limited to wide audience, exhibition of achievements of the Russian military-industrial complex. The 9th international exhibition Aerospace Technologies, Modern Materials and Equipment, where for the first time in the history of its existence aircraft manufacturers could demonstrate a live exposition of the military-technical developments of the Tatarstan defence industry instead of civilian aircrafts, was to become a trial balloon.

However, to show military and technical exhibits, the organizer of the exhibition must have the permission of the ministry of defence of the Russian Federation, which the Kazan operator Kazan Fair JSC has never had, and theoretically could not, since the company specializes exclusively in commercial exhibition activities. But without this permission of the military department, the operator has the right to demonstrate on its static display only civil aircrafts free from the confidentiality restrictions. It is for this reason why at premiere shows of the AKTO one can see aviation exhibits of so-called second and even third plan and not related to big aviation. Hence, the uninitiated guests of the exhibition have a distorted idea of the Tatarstan aviation industry, capable only of intricate projects of small aircrafts — crop dusters and the exotic developments of convertible aircrafts.

When preparing for the next air forum, the organizers of the exhibition intended to radically reformat the fairly bored format, thinking about expanding the exhibition through real developments of the defence industry and obtaining at least at first the permission of the ministry of defence for separate aircrafts. And only after that, to talk about the organization of a full-fledged military air show in Kazan. The idea is quite sensible, the sources in the defence industry believe. After all, for a long time Kazan exporting companies have held exhibitions of aircrafts for foreign customers, inviting them to visit and arranging flight programmes for them. But now the path to Kazan has been forgotten: the negotiations have moved to the capital. Without this permission of the military department, the operator has the right to demonstrate on its static display only civil aircrafts free from the confidentiality restrictions. Photo: Yulia Kosolapkina

Against this background, the idea, which can be compared with the seemingly unreal project of the Universiade holding in Kazan, looks quite bold. After all, only five or six international military exhibitions are held in Russia, and their list is approved by a special order of the Russian government. All of them are concentrated in Moscow Oblast, and the international naval air show is held in turns in St. Petersburg and Vladivostok from this year.

Several sources in the industry have confirmed that Kazan Fair JSC appealed to the ministry of defence of the Russian Federation for permission, but failed. ''Yes, Kazan Fair failed to obtain it,'' the company Aviasalon JSC from Moscow confirmed, acting as the organizer of MAKS and becoming a co-organizer of AKTO 2018 this year.

Kazan Fair: the permission of the ministry of defence was not requested

Meanwhile, the exhibition centre denied the information about the reformatting of the exhibition. ''The Kazan Fair did not request the permission from the defence ministry to demonstrate the military and technical products. In addition, the exhibition AKTO — a purely civilian project, not involving demonstration of products of military-technical purpose,'' head of PR department at Kazan Fair JSC Albina Brodneva told Realnoe Vremya.

It is not known for sure whether the operator AKTO filed an official application to the department of exhibition activities of the ministry of defence of the Russian Federation or only informally consulted, but in the end the programme of the exhibition was ''loaded'' according to the old scenario. Tatarstan President Rustam Minnikhanov, who had never missed a single Tatarstan air forum, did not come to the opening of the exhibition AKTO 2018 for the first time — this time he was replaced by Tatarstan Prime Minister Alexey Pesoshin. The exposition itself, as expected, caused the persistent effect of déjà vu of the observers. The only thing that distinguished the AKTO from the previous air forums is the holding of the 4th Congress of Aircraft Manufacturers of the Russian Federation. Tatarstan President Rustam Minnikhanov, who had never missed a single Tatarstan air forum, did not come to the opening of the exhibition AKTO 2018 for the first time — this time he was replaced by Tatarstan Prime Minister Alexey Pesoshin. Photo: Yulia Kosolapkina

''We can't show our real developments at AKTO, we wrap it up with a blanket to preserve secrecy,'' a representative of another defence enterprise, performing state defence order, told Realnoe Vremya. ''We, like many enterprises, participate in the order and do not expect commercial returns,'' a company-developer of unmanned aircraft reported. The defence enterprises are disappointed with the preservation of the ''civil ''appearance of AKTO, as it does not attract potential buyers and the effectiveness of participation in it is becoming less and less. The participants hoped that with the permission of the ministry of defence the exhibition would increase its status in the eyes of customers and will be able to break out of the category of mediocre regional events that have no practical significance. After all, aviation enterprises and related enterprises-suppliers are honed for the state defence order.

Air show cannot be held without a large airfield

Why did Kazan failed? The company Aviasalon JSC from Moscow did not surprise at the refusal of the defence ministry. ''It is natural,'' they noted in the press service of the company. ''When we organize MAKS, we get permission to demonstrate such things. It is given to us due to the fact that our site (the Gromov Flight Research Institute in Zhukovsky, Moscow Oblast – editor's note) is a restricted access facility. Because there really is safety on our site.'' According to sources in the Russian defence industry, the reason for the refusal is that the Kazan Fair could not find a safe airfield infrastructure for the deployment of the military exposition, despite the fact that the city has military airfields at the Kazan Aircraft Production Association, and possibly, at Kazan Helicopters. ''The platform of Kazan Helicopters is logistically inconvenient, therefore, it was not considered,'' said the sources familiar with the failed project. The leadership of Kazan Helicopters refused to answer our questions, redirecting them to Tupolev JSC. 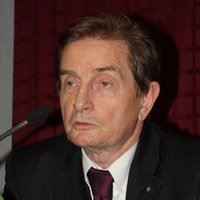 However, Deputy Director General of Aviasalon JSC Alexander Zanegin believes that the current concept of AKTO should not be changed. ''I think that the format that was invented and implemented here is absolutely reasonable and correct,'' he said in a conversation with the Realnoe Vremya correspondent. ''The purpose of AKTO — to draw the attention of the country's leaders — has been achieved. I have no idea how it could have been done better. It is impossible to create a normal static exposition of aircrafts as it is done at large airfields at your fair by definition. Why? Just because there is no territory. To show a large aircraft, you need only airfields. The region should show what is produced in the region. It is impossible to approach a regional exhibition with the same criteria as international and national. It's two different things,'' says Zanegin.

Ural cancels Diversification exhibition, but does not look at Kazan

We should add that the forum in Nizhny Tagil (Sverdlovsk Oblast) has been distinguished among the national arms exhibitions in the regions so far. But this summer the exhibition Diversification was officially cancelled — Prime Minister of the Russian Federation Dmitry Medvedev signed an order to exclude it from the list of international military exhibitions in 2018.

The exhibition was to be held at the training ground Staratel, where earlier every 2 years it was held the international arms exhibition Russian Arms Expo. ''It is unlikely that Kazan can replace it, these exhibitions have fundamentally different profiles,'' experts say. Thus, the past three military exhibitions this year — the International Helicopter Industry Exhibition HeliRussia (MVVI 2018), the international air show Integrated Security 2018, the International Far Eastern Maritime Show, held under the patronage of the ministry of industry and trade of the Russian Federation, will be crowned in August by the forum Army 2018. But it is carried out exclusively by the defence ministry, and only this department does not require the permission.