Hello from 'Black Monday': flight tickets go up together with demand

Citizens of Kazan are going to travel across Russia, to Istanbul, Baku, Tbilisi and Tashkent on the upcoming holidays

Several travel search engines announced higher prices for trips abroad at once due to the ruble's instability. However, not all agree with such a forecast: as Realnoe Vremya was explained, a ticket price, first of all, depends on demand and plane load and only then on a currency rate. But in any case, the rise will affect insignificantly – one of the search systems knew that people from Kazan bought tickets 74 days to the trip. This year people from the capital of Tatarstan started to fly on May holidays more but mainly across Russia and to Istanbul, Baku and Tashkent. Our report tells the details.

Several travel search engines announced a considerable rise in prices for international trips at once last week. The floating ruble rate, which dropped after new sanctions were imposed against Russia by America, was the cause. The new currency rate, which is used in accordance with the IATA resolution, is 77 rubles for an euro and 62,50 rubles for a dollar. It was updated on 18 April and, consequently, then services also forecasted that tickets would grow in price. Tutu.ru expects their rise at the level of 6-7%. For comparison, last week, calculations were done based on the price for one euro at 72 rubles and one dollar – at 59 rubles. Specialists of the service notice the growth of ticket prices due to the ruble's instability last week has already affected the purchase of tickets to international destinations – demand has reduced by 10% while booking of trips to Europe has fallen by a quarter. But Russians couldn't refuse the search of pricey tickets – demand for international flights hasn't changed.

There was claimed a direct link between the rise in the rate of currencies and prices tickets in OneTwoTrip. The service also expects an increase of ticket prices from Wednesday and at the same time notices that last week tourists started to seize the opportunity and rushed to buy tickets before the weak national currency affected them. ''International flight ticket sales grew by a third last week, in comparison with April's first week. We expect flight tickets to grow again on Monday or Tuesday, as an average two-way ticket price to Europe in rubles at €300 will change quite noticeably. This unlikely will make travellers refuse their plans, but they will speed up the purchase trying to save money,'' comments director on development at OneTwoTrip Arkady Gines.

However, one of the market leaders, Aviasales, doesn't agree with its colleague's forecasts. As the service's representative Yulia Domracheva explained to Realnoe Vremya, the currency rate is important, but it isn't the key. Nevertheless, Aviasales notices a growth of an average bill for trips from Russia by 4,3% to 12,740 rubles. But the number of bookings also grew by 7%.

''It's important to notice that it isn't linked to the dollar, as May holidays are ahead and summer is to come, and people simply buy tickets. So the number of cheap and available tariffs reduces, that's to say, an average bill increases. The dollar doesn't influence, in itself (in such small fluctuations) like the reduction of the number of available economic tariffs.'' 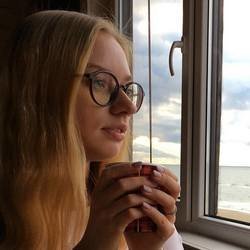 ''If the rise of the currencies in price was bigger (like in 2014), the difference would be more noticeable. And now the dependence is not linear,'' says Domracheva.

Thrifty citizens of Kazan to go to Istanbul, Petersburg and Baku

The rise in tickets prices doesn't seem so unexpected on the threshold of the May holidays, summer season and the world football championship. Though the number of offers grew with the appearance of new airlines. Momondo.ru detected a 78% growth in demand for trips on the May holidays. Moreover, 72% of cases are international trips. Istanbul, Saint Petersburg and Baku are at the top of destinations. Last year, the Turkish city was only fifth in the rating of popularity, while the capital of Azerbaijan was ninth. The positions of the northern capital of Russia continue remaining indestructible – it's firmly occupied the second position in the last several years. Tbilisi has also become more popular this year. Demand for flights there on the upcoming May holidays is 1,5 times higher. But Sochi can't boast about such achievements.

As it turned out, the people who know how to plan and save money live in the capital of Tatarstan. The service's analysts notice that citizens of Kazan prefer to buy tickets 74 days to the departure.

Speaking of prices, momondo.ru states that they reduced by 2% on average during the May holidays, in comparison with last year's data. Tickets to Saint Petersburg cheapened by 32%, Tbilisi – 2 %, Sochi – 16%, Prague – 8%, Moscow – 5% and Kaliningrad – by 7%. Flights to Istanbul and Baku, on the contrary, rose in price by 11% and 4% respectively. ''We also noticed a substantial reduction in prices for not the most popular destinations among citizens of Kazan. For instance, one can get to Bern by 54% cheaper than last year. And a ticket to the capital of Santorini island, the city of Thera, is 70% cheaper than last year. Tickets to Hannover (Germany) cost about 21,000 rubles, which is 35% less compared to last year's indicator,'' tells Irina Ryabovol, representative of momondo.ru international travel fare search engine.

The share of travellers who bought tickets to fly abroad at tutu.ru has slightly changed since last year and has amounted just 25,9% (24,8% last year). This is why the engine detects interest of citizens of Kazan in, first of all, Russian destinations. 30,4% of users who booked tickets on the May holidays from Kazan will go to Moscow, the price for a two-way flight there has fallen by 30,9% during the year to 4,615 rubles. Saint Petersburg is on the second position in terms of popularity, Sochi is third. Baku (8% of all bookings, ticket price is 18,000 rubles) and Simferopol (3% with 19,000 rubles for a ticket) close the top 5. According to the data, we can conclude the higher the price, the higher the demand. OneTwoTrip has analogous data of the most popular Russian destinations among citizens of Kazan. Demand is the following: Moscow, Saint Petersburg, Sochi, Simferopol and Krasnodar. A similar situation is also seen in other big cities of Volga Federal District.

It's early to make conclusions on the basis of demand for tickets, how interesting Kazan is for Russian tourists on the May holidays. But flat booking data via OneTwoTrip show the capital of Tatarstan is on the fourth place in terms of popularity after Moscow, Saint Petersburg and Sochi. Kazan went ahead of Kaliningrad, Volgograd, Nizhny Novgorod, Vladimir, Tver and Voronezh. The capital of Tatarstan is on the fourth place in terms of popularity after Moscow, Saint Petersburg and Sochi. Photo: Maksim Platonov

In general, positive expectations of participants of the tourism industry is living up now. Aviasales's statistics prove it. According to the aggregator, booking of domestic flights grew by 36% and international – by 34%, compared to last year. In addition, unlike its opponents, the engine notices ticket prices on the May holidays grow. All top 5 domestic destinations from Kazan rose in price. Moscow, Petersburg, Sochi and Mineralnye Vody – insignificantly, maximum to 34%, while Simferopol – by 82% (from 16,600 rubles to 30,300 rubles). And there is a link here too – the higher ticket price is, the less its demand is.

In case of international destinations, Aviasales's data coincide with that of the two other services – people of Kazan are going to Istanbul, Tbilisi, Prague, Tashkent and Baku. Apart from Baku, ticket prices go up in all cases.