''If desired, I could also have been accused of discrimination of women''

Feminists, journalists, philosophers, teachers got a new portion of food to discuss problems of equality between men and women. Co-founder of GD Forge Nelly Labunskaya tried to remember cases of discrimination in her sphere but failed. In developed countries, discrimination is an invented problem, she says in her column in Realnoe Vremya.

What is discrimination? For me, discrimination is when a person is denied access to certain resources. He can't go to the hospital, find a job, he can't learn the profession he dreams of. But every time I fail, I don't receive the reply I want to hear, I start to look for reasons why it happened so. During this time, the fact that I am a woman has never been a reason. Never!

Last October, we visited a big exhibition for gamers and developers with guys in Poland. One of the participants – Evelyn – called girls from the game industry the fair sex on her Twitter, which touched some participants of the conference. A transgender who thought this statement about the fair sex insulted him chaired the circle of the offended people. And Evelyn was fired almost several days later.

By the way, brainchildren of the game industry – game characters – also often become an object of feminists' attacks. Heroines of games are considered either too masculine or, on the contrary, too sexy.

There was a similar scandal earlier when a software engineer of one of the giants of the Silicon Valley was fired for stating his company had different quotas for job for different kinds of people. It's said it's a common practice: positions between women, representatives of minorities, people of other ethnicities and so on are distributed in American and European companies. By the way, the very software engineer doesn't feel shame for his views, created a manifestation and actively spreads it. And his story was continued again. Now he defends the rights of white men with a traditional orientation. Irony!

A wave of discontent that appeared against the phrase ''pregnant woman'' is a recent example. Discontent people thought this statement was also offensive and one should say a ''pregnant person''. Some people went further: a pregnant person not always will become a mother, and another term is needed. I read all this news in wide-eyed amazement. God, how difficult it became to live! ''My generation was educated and brought up by strong women. Mainly women taught us at school, mainly women also treated us for diseases.'' Photo: facebook.com

''We're the generation brought up by strong women''

Personally, I've recently known that there is real discrimination and somewhere women fight for their rights to have access to a job, comforts. I've never imagined it!

By the way, Russia has a list of 456 professions that women aren't allowed to. They are complicated, dangerous. A ship captain, plumber (as strange as it might sound), fireman, truck driver are among them. I feel pity for the girls who dreamt of being in charge of a ship on the waves. But the answer why women aren't allowed here is obvious – these professions are too dangerous. Yes, it can be considered as discrimination. But the ban exists because these kinds of activity can do harm to a woman's health and, first of all, her fertility. In our country, an increase of natality is the main guideline.

Otherwise, let's speak frankly, there is no discrimination. To understand what I'm talking about, it's enough to look around. It's a characteristic of our country, it really has a big number of strong women! My generation was educated and brought up by strong women. Mainly women taught us at school, mainly women also treated us for diseases. Enter any establishment – women are everywhere. A woman was the director in my first workplace in a health establishment, the head of the department also was a woman. So does it happen – a woman is equal to a man. She isn't worse and can achieve analogous successes.

The same thing happens in the family. My mum, grandmum, great-grandmum were engineers. They did a difficult job all their life, their biographies have real heroic episodes. My grandmum rushed on the train during the Second World War and delivered food to the front. During dekulakisation, my great-grandmum swallowed an entire mitten of jewellery. She did it to sell the collection by one earring, by one ring and not let the family die from starving. As a young woman, my mum worked as a glass blower! She was interested in the very process and that a 19-year-old girl could blow through a glass pipe. She didn't like it very much and studied metrology. 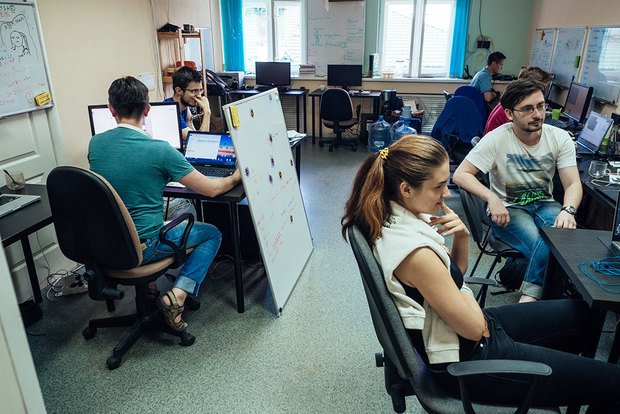 ''Many women in different positions work in the game industry. Our company isn't an exception, and I call them the fair sex of our company with no hesitation and fear.'' Photo: gdforge.ru

I also work not in the most feminine sphere – in IT. I'm a co-founder of a company that makes games, I have 48 people in my employ. I've never met scant regard of employees, customers, clients, partners for 3 years that GD Forge has been working for. Many women in different positions work in the game industry. Our company isn't an exception, and I call them the fair sex of our company with no hesitation and fear.

In general, it's a problem of recent years to shout ''Wolf!'' in a place that has no. Yes, the problem of discrimination of women is topical in some countries – a ban on education, medicine, being in public places without being accompanied by a man, sale of girls as wives, etc. But if we consider our country and others whose constitution doesn't divide men and women, one should be careful while speaking about discrimination. I had an acquaintance, she was sure that everything was bad in her previous workplaces because she is too beautiful and smart, and other women didn't like it.

During the first year of our company's existence, I was the only girl in the collective. With certain efforts, I could also have been accused of discrimination of women. But it was so because there weren't suitable female candidates.

The problem exists only in certain people's heads. Discrimination and harassment are a new trend. Together with real problems, there are ten times more invented problems.