A tight and long-term cooperation binds the German concern Siemens and the Republic of Tatarstan together. The company supplies to the republic the equipment for oil and gas industry, oil production, generation, transmission and distribution of electrical energy. Today, Siemens is an infrastructure company serving the entire chain of production in all priority sectors of the economy. On the threshold of the 60th anniversary of president and CEO of Siemens Russia, Dietrich Moeller, Realnoe Vremya online newspaper has outlined the top 5 important projects that bind the German giant and the Republic of Tatarstan together.

Siemens cooperates with TAIF Group since 2014

The company Siemens pays great attention to cooperation with Russian regions. It has developed trust-based relations with partners from Tatarstan. The interaction with enterprises of the republic began already in the Soviet years. That time, Siemens equipment was supplied to equip important companies such as Nizhnekamskneftekhim, Kazanorgsintez, and it was used in construction of many power facilities in the region. 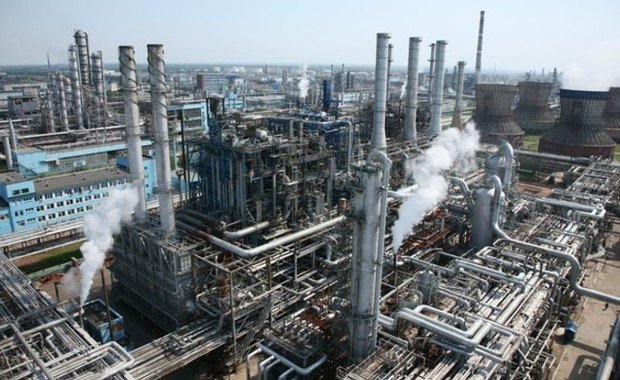 In 2012, Tatarstan and Siemens signed a strategic cooperation agreement. The German company participates in regional energy projects, oil and gas and petrochemical industries. In these areas, the company coincides with the interests of TAIF Group of Companies. A close and fruitful cooperation on major projects between Siemens and TAIF has been conducted since 2014.

The German concern supplied the equipment for the heavy residue conversion complex at TAIF-NK PSC that is being under construction. For Kazanorgsintez PJSC, Siemens reconstructed the ethylene compressor at the plant of low-density polyethylene and updated the extruder at the plant for production and processing of high-density polyethylene. The electrical equipment of the German company is applied in the recently launched innovative gas turbine unit at Kazan CHPP-3. The work with Nizhnekamskneftekhim PJSC in the part of reconstruction of electrical distribution devices and update of the steam turbine drives of rotators in the production of butadiene and many other types of equipment can be called fruitful.

Dietrich Moeller, when visiting Kazan, stated about Siemens' interest in strategic projects of TAIF. ''Siemens is also a Russian company that has been working in our country for over 160 years. It adopted all local traditions and the lifestyle. It assures us that TAIF and we may have a long-term cooperation,'' Dietrich Moeller said after a meeting with the leadership of TAIF. For 2018, it is planned the participation of Siemens in the construction of the new olefin complex at Nizhnekamskneftekhim PJSC. Being a partner of the general contractor, the company Linde, the German company will supply to the production site the systems of electrical distribution and automatic process control systems (APCS).

There is also work to be done in the part of power grid. Siemens technologies and solutions will be used in modernization of electric grids of Kazan and Naberezhnye Chelny. The company will supply software for design of Smart Grid for these cities. The concept of Smart Grid will allow the cities of Tatarstan to control energy with greater efficiency.

In Tatarstan, Siemens is present in more than 30 cities and it is one of the leading suppliers of products, services and integrated solutions for modernization of key sectors of the economy and infrastructure of the country. In 2016 in Kazan, the German company entrusted the research and production enterprise GKS to open a production line for assembly of high-precision pressure sensors КМ35 for the enterprises of oil and gas complex.

The research and production enterprise GKS will produce high-precision pressure sensors KM35 in the framework of the import substitution programme. There are only three such assembly plants in the world: the US, India and China. Siemens leadership has established the Russian project on construction of the production line as priority, deferring the applications of other countries. For the first time for the concern the assembly line has been created on the basis of independent engineering partner, not on the basis of local units.

The contract implementation took the expected 12 months. The project is aimed at development of domestic production of control and measuring devices. Its total cost is estimated at 3 million euros. The design capacity is 5,000 pressure sensors KM35 a year.

One of the main customers of the company Siemens Russia is Russian Railways. In 2006, it was signed the first contract to supply high-speed trains Sapsan. Passenger traffic began in 2009. For already almost 7 years Sapsan trains have travelled between Moscow and St. Petersburg, having become the symbol of modernization of Russian Railways. On the basis of this success, there have also appeared other orders of modern locomotives, which is also associated with localization of this type of production. For already almost 7 years Sapsan trains have travelled between Moscow and St. Petersburg, having become the symbol of modernization of Russian railways. Photo: The press service of Siemens PLC

Siemens together with its partner, Sinara Group, launched in Yekaterinburg a joint venture — a large plant for production of rolling stock. The localization of Lastochka high speed commuter has reached 80% by 2017. The design capacities of the enterprise allow to establish production of high-speed trains.

Now the company is in constant dialogue with Russian Railways and the Russian government. In the framework of the project Moscow-Kazan HSR, Siemens has proposed an updated version of Sapsan capable of reaching speeds of 400 km/h.

However, it's not just about rolling stock. Siemens is also ready to assist customers with support on the basis of experience in other industries, for example, in the field of railway electrification and power supply systems, control systems and automation, communications, service and maintenance. In the framework of the project Moscow-Kazan HSR, Siemens has proposed an updated version of Sapsan. Photo: the press service of Siemens PLC

The participation of the concern in financing of the project is being under discussion. In an interview to Realnoe Vremya in the summer of 2016, Dietrich Moeller admitted that Siemens is ready to work on this project together with other German companies. ''We also took the initiative in offering a financing with German banks. Actually, the German initiative is different because we are ready to localise technologies in Russia completely. You can imagine the scale of such a national project because it can make up a trillion of rubles. But the economy in Russia also must be able to duplicate this decision. Such trains should run not only from Moscow to Kazan,'' Dietrich Moeller said.

According to him, contracts on trains maintenance are concluded for 30 years in advance. ''The financial stability of Siemens allows Russian Railways to make sure Siemens will be able to fulfil this project in Russia with Russian workers in 20-30 years,'' Moeller concluded.

The cooperation of Siemens and KAMAZ

KAMAZ PJSC has become a partner of the German concern in automation, electrification and digitalization of production. In the summer of 2017, Siemens and the automotive giant signed a cooperation agreement at the St. Petersburg International Economic Forum. It will allow KAMAZ to create a single platform to control and monitor manufacturing processes in real time. It also assumes modernization of the existing production capacity of the enterprise, which optimizes the costs of the automobile plant. The agreement between KAMAZ PJSC and Siemens will accelerate the transition to digital production technology. Photo: the press service of KAMAZ PJSC

Director General of KAMAZ PJSC Sergey Kogogin considers that the agreement will accelerate the transition to digital production technology. ''The plants of KAMAZ provide for modernization of existing equipment for its use in the terms 'Digital production' and 'Smart factory.'' It also provides for creation of digital twins of products and production, the development of KAMAZ corporate standard in the field of digitalization, and energy production energy efficiency raising. Besides, it provides the possibility of project implementation in the field of creation of eTruck and eBus,'' Sergey Kogogin said.

KAMAZ gave preference to Siemens because the German concern has the technology of electric cars development as well as solutions used to create the necessary infrastructure for hybrid vehicles. The cooperation in this area will allow the automotive plant to get the access to technology and knowledge required for the development of hybrid vehicles.

Siemens company believes that implemented digital solutions and technology will help to reduce the time for new vehicle launches, to reduce the complexity in mass production and reduce the cost of finished products.

The cooperation of Siemens and KNRTU-KAI

The Kazan National Research Technical University named after A.N. Tupolev (KNRTU-KAI) has cooperated with the leading international corporation Siemens for more than 10 years. The modernization of machine-building enterprises in the early 2000s made the training of specialists for numerical control machines demanding. Already that time Siemens was one of the world leaders in production of control logic racks for machining centers. The first thing that was created in KNRTU-KAI in cooperation with Siemens — classes for learning to work with control logic racks at the department 'Technology of machine-building productions', which are successfully used in educational process until now. Dietrich Moeller is included in the Board of Trustees of the German-Russian Institute of New Technologies. Photo: Izvestiya Tatarstana

The cooperation with the German concern gained fresh momentum in 2015 when Dietrich Moeller joined the Board of Trustees of the German-Russian Institute of Advanced Technologies (GRIAT). It was reached an agreement with the leadership of the company that two teaching and research laboratories in the fields of 'automation' and 'relay protection and automatics' would be established in the GRIAT.

The work on creation of the laboratory PLM GRIAT KNRTU-KAI is being underway. It is necessary for the development and implementation of educational programmes in the field of digital design, solutions to industrial problems associated with the use of methods of end-to-end design and product life-cycle management at the enterprises of the Republic of Tatarstan and other regions of the Russian Federation with the use of Siemens PLM Software.

The rector of KNRTU-KAI, Albert Gilmutdinov, said it has been selected six students by the results of competition among GRIAT students. The students are being trained in Germany at the Technische Universität Ilmenau and get Siemens scholarship.

''The director of corporate technology department, Martin Gitsels, has played an important role in the organization of Siemens scholarship. With his support and direct participation, it was signed the agreement on allocation of scholarships, as well as selected the best students. KNRTU-KAI is working closely with representatives of Siemens in Kazan,'' Albert Gilmutdinov said.