Arkady Dubnov over the rupture of agreements between two Middle Asian countries, Atambayev’s vehemence and role of the ‘‘older brother’’

Last week Kyrgyzstan President Almazbek Atambayev denounced a series of agreements with Kazakhstan one week to the inauguration of the new president. Bishkek also refused to give $100 million within an assistance protocol to Kyrgyzstan. Realnoe Vremya reached out to famous Russian journalist, expert in CIS countries Arkady Dubnov who told how relations between Kazakhstan and Kyrgyzstan worsened, what the rupture of several agreements would lead to and whether a force conflict between these countries was possible.

''The Kyrgyz had not the noblest feelings for their ethnic relatives''

Mr Dubnov, what relations did the countries have until recently? How close are the Kazakhs and Kyrgyz, in general? The Kyrgyz say a lot in social networks that Kazakhstan tries to play a role of the older brother…

The Kyrgyz ASSR that included big part of today's Kazakhstan existed in the first ten years of the Soviet regime. Probably it gave some representatives of the Kyrgyz elite a reason to consider the Kazakhs' claim to the status of older brother exaggerated because the republic's name mentioned the Kyrgyz, not Kazakhs. Though these historical reminiscences are unlikely to help understand these relations.

It is more important that these countries were in an unequal economic situation with the dissolution of the Soviet Union. Kazakhstan was initially famous for its big oil and gas reserves. It also had highly developed industrial infrastructure: a mining and processing complex, uranium ore production. What is more, Baikonur Cosmodrome is located there. It predetermined significant investments from the Soviet centre. ''Kazakhstan was initially famous for its big oil and gas reserves. It also had highly developed industrial infrastructure: a mining and processing complex, uranium ore production. What is more, Baikonur Cosmodrome is located there.'' Photo: mgorod.kz

Kyrgyzstan did not have such resources. Great Issyk-Kul and lately Kyrgyz writer Chinghiz Aitmatov (whose mother was Tatar, by the way) were its considerable ''trademarks''. The farther it was, the more it turned out that Kazakhstan started to considerably be ahead of Kyrgyzstan in economic development. For instance, the demonstration was that right representatives of the Kazakh elite were the most frequent guests or owners of the best parts of the Issyk-Kul bank.

It's quite possible that the Kyrgyz had not the noblest feelings for their ethnic relatives. But I don't think it defined relations at the top until the second coup took place in Kyrgyzstan in 2010. Kurmanbek Bakiyev who was the president then had to escape, and Kazakhstan became his refuge. In addition, it was done in the new Kyrgyz officials' wish – they wanted to get rid of Bakiyev as soon as possible to avoid a serious bloodbath. The case was that his supporters could start a bloodbath – it took place, in fact, but during the first hours.

Atambayev who came to power as a result of the elections in 2011 didn't obviously tilt in favour of insults to Kazakhstan first by reproaching it in different types of disregard for his country. It became obvious after the Kazakhstan administration wasn't very enthusiastic about that Kyrgyzstan would quickly join the Eurasian Economic Union. Astana understood it was unlikely to pay out big dividends to Kazakhstan because a barrage of Chinese counterfeits would flow through them as the borders with Kyrgyzstan would open. These fears were confirmed to a certain degree.

It was clear until the recent conflict that Atambayev was a lame duck. Why did he aggravate the relations?

I suppose that when Atambayev was in the United States at the September UN session, he knew that Kazakhstan President Nazarbayev received Babanov (Editor's Note: Omurbek Babanov is an oppositionist candidate for the presidency in Kyrgyzstan) in Astana, he talked to him. Then Nazarbayev's press service told about it. He considered it as evidence that the Kazakhstan president supported Babanov. ''I suppose that when Atambayev <> knew that Kazakhstan President Nazarbayev received Babanov (Editor's Note: Omurbek Babanov is an oppositionist candidate for the presidency in Kyrgyzstan) in Astana, he talked to him. Then Nazarbayev's press service told about it. He considered it as evidence that the Kazakhstan president supported Babanov.'' Photo: gazeta.kg

It was also well known earlier – Babanov has certain support in the neighbouring countries. But if Atambayev were quite a sane political leader, he would have never allowed to create hysteria from it. His hysteria proved he really saw Omurbek Babanov as serious candidate for the presidency who is able to win his favourite – Jeenbekov. He feared that Babanov could really win, and then Atambayev's all plans after the elections could be buried. For this reason, he started to promote a hysteric intrigue that led to the current state of affairs between Kazakhstan and Kyrgyzstan.

''Any interference of Moscow will worsen the situation''

What do you think the rupture of these agreements can bring to?

I'll start with the end: of course, the Eurasian Union won't fall apart, just its Central Asian segment is in a very strong erosion now. The goal to expand the Eurasian Union till Kyrgyzstan was formulated in quite a sound mind – it was necessary to cut the borders of this space supervised by Moscow from the border with China. If more advanced customs structures had already worked on the Kazakhstan-Chinese border (though there is a huge number of counterfeits there), Kyrgyzstan wouldn't have fought against it.

The commitments that Kyrgyzstan took while joining the Eurasian Union – to manage the border with China – weren't fulfilled to a great degree. And it's clear why. If the border of Kyrgyzstan and China closes completely, the foundation where Kyrgyzstan's economy is mainly based on (incomes from transit and counterfeit, which is applied across all the Eurasian Union, are the incomes that Kyrgyz commercial and political clans are fed by) will be disrupted. It could lead to quite serious social shocks in Kyrgyzstan. 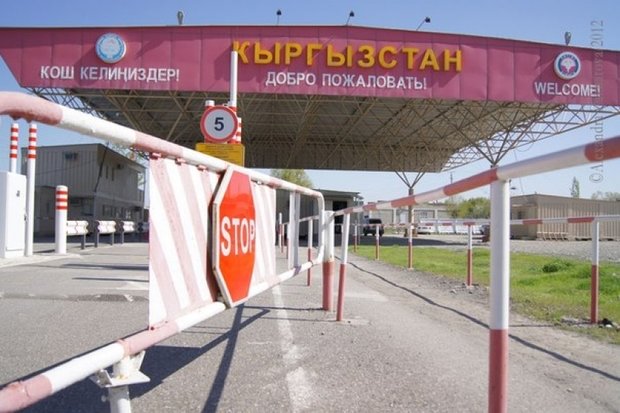 ''The commitments that Kyrgyzstan took while joining the Eurasian Union – to manage the border with China – weren't fulfilled to a great degree.'' Photo: esnews.kz

Another thing is that it was forecasted, and many people in Kyrgyzstan protested and are protesting now – there is a lot of discontent in the public atmosphere about Kyrgyzstan's entrance to the Eurasian Union. This entrance was mainly dictated by Atambayev for political reasons – he needed to show he was Moscow's close ally.

And the $100 million that Kazakhstan was going to give Kyrgyzstan are not in cash, it isn't ready money. It is the price for the equipment, laboratories that were to be used to equip the customs borders. It is unclear where the Kyrgyz will find money to work in this area now. As great Kyrgyz multimillionaire (like he said about himself), Atambayev will maybe find this money on his own, I don't know.

In general, it means that the real performance of the Eurasian Union in Central Asia can be considered disrupted in the short run. The activity of commercial clans in Kyrgyzstan who earn millions by underground transit from China will remain. Everything will be fine in Kyrgyzstan itself. But everything won't be fine in the Eurasian space until the Eurasian Union leaders start to solve this problem after Atambayev finally leaves the post. I don't know how they will solve it – this issue takes years.

Mr Dubnov, what economic links do Kazakhstan and Kyrgyzstan have? What do they deliver to each other?

The Kyrgyz supplied food: dairy, meat. They got coal for their power plants, wheat from Kazakhstan. The Kyrgyz got quite a big volume of money because many Kazakhs were in Issyk-Kul on holiday. But it is a border transit. They don't have any other serious economic cooperation. Kyrgyzstan doesn't have an industry that would cooperate with the Kazakh economy. ''As far as I remember, this position was publicly expressed at the recent summit of CIS countries in Tashkent where PM Medvedev hoped these countries would solve the problems on their own.'' Photo: government.ru

What is the position of Moscow in this conflict?

As far as I remember, this position was publicly expressed at the recent summit of CIS countries in Tashkent where PM Medvedev hoped these countries would solve the problems on their own. Moscow doesn't want to interfere because any interference of it will worsen the situation: either side will accuse Moscow of its benefit.

What can this situation bring to? Is any force conflict possible?

I don't imagine such a development of the situation. The atmosphere in human relations between these countries have worsened a lot, but people are practical everywhere, they understand their interests.

Atambayev will go, it will take some time for the new president of Kyrgyzstan to free from his tenacious influence. As soon as it becomes real, the countries will recover the relations.