The first cryobiopsy of lung has been performed in Kazan. The significance of this event for the republic cannot be overestimated. As soon as our doctors master the unique technology, Tatarstan citizens will no longer have to go to Moscow for it. Besides, unlike standard biopsy, in this case, surgical intervention is not required, which, of course, will significantly facilitate the procedure. Doctors share their new experience in the framework of the X Russian-European-Asian Educational Symposium on Thoracic Surgery named after Academician Mikhail Perelman, which opened in the capital of Tatarstan. This is the first large offline medical forum since the beginning of the coronavirus pandemic. Read the details in the material of Realnoe Vremya.

Lung biopsy without surgery in Kazan

Meetings and exchange of experience of doctors from different cities of the country and the world resumed after the long “Covid” break. The X Russian-European-Asian Educational Symposium on Thoracic Surgery named after Academician Mikhail Perelman opened in Kazan. This School is also held in St. Petersburg and Krasnodar. In the Tatarstan capital, it has been held for the 10th time.

Seminars and master classes brought together more than 150 thoracic surgeons from all over Russia and abroad on the basis of the Republican Clinical Hospital, however, due to epidemiological restrictions — not on the same scale as originally planned. Most participants, especially foreign ones, listen to lectures and observe operations remotely.

In Kazan, the unique procedure of lung cryobiopsy was performed the day before, with minimal intervention, without surgery. TV cameras in the operating room did not bother the head of the endoscopy department, pulmonologist of the Central Research Institute of Tuberculosis, Ilya Sivokozov. Preparing for the manipulation, he confidently commanded the assistants, periodically answered questions from colleagues from other cities of the country, as well as foreign doctors, with whom he communicated in English. The picture from the operating room was observed in the Reublican Clinical Hospital educational centre by both doctors and the students — future doctors. Ilya Sivokozov masterfully operated a long tube with buttons. He pointed the device down the patient's throat, pull out a piece of tissue, and then the device sank back deep into the patient's organs for another portion of the material — and so on several times.

Previously, operations were performed under long-term anesthesia to perform a lung biopsy, and it was necessary to go to Moscow for cryobiopsy. Ilya Sivokozov has introduced more than ten new diagnostic and therapeutic procedures in Russia and the CIS. He said that he helped a patient from Kazan to get a diagnosis. One can get it in different ways: with the help of surgical incisions, through punctures, using robots, tweezers. Cryobiopsy refers to minimally invasive methods that can be performed on an outpatient basis and almost immediately, without hospitalisation, the patient has the opportunity to go home. This is already practiced in Moscow.

“Without adequate diagnosis, the doctor will not be able to continue treating the patient. Accordingly, usually when we take a biopsy, we take small pieces, small tweezers, and very often there is not enough of this material, for some additional tests we have to repeat the test and lose time. And, of course, this is an unpleasant procedure. In the case when we do cryobiopsy, we can take a sample by 8-10 times more than usual at a time. This sample will be of very high quality, and the specialist who will examine it under the microscope will be very pleased, and accordingly, the patient will not need to return for a second biopsy," the head of the endoscopy department of the Moscow centre clearly explained.

The material is taken with the help of cold, said the pulmonologist. “Remember your childhood, many people were welded to the swing with their tongue in the cold. Why? Because due to a low temperature, there are pieces of ice that held our tongue to the metal surface. Here it is absolutely the same principle, and we just weld with our cold probe, cryosonde, histological material and tear off a piece of tissue, which significantly speeds up the procedure itself and, most importantly, the patient will definitely receive a diagnosis," says Ilya Sivokozov.

There are doctors in Tatarstan who want to learn

According to Sivokozov, this technology is used by four or five centres in Moscow, the Urals, Siberia, and the south of the country. In the Central Research Institute of Tuberculosis, about 150 such manipulations have been performed over the past 2,5 years. During the symposium, Ilya Sivokozov will perform at least five similar procedures.

“Tatarstan, of course, is ready for this. Yesterday, we discussed the issues with the management of the clinic, with the chief pulmonologist, and with the chief thoracic surgeon. The main thing is that there are people who care, doctors who want to learn this. Yesterday, we were literally bombarded with questions when we discussed with colleagues the options for diagnosising. You don't always need to do a biopsy. We rationally combine cutting-edge techniques and classic ones. One needs to think first before you do anything. Here in relation to 'think well' — Tatarstan already has this. There are specialists, there are a lot of patients. The equipment will stay for a certain time, the colleagues will have the opportunity to work out some moments," said the pulmonologist.

Today, Irina Sedova, who specially came from Yaroslavl, is already preparing for the procedure. She went through coronavirus. After an X-ray, she was referred for a CT scan, which revealed the rare lung disease sarcoidosis.

“In Yaroslavl, I was offered to do a biopsy according to the old method, with the help of a puncture. I learned from friends that there are narrowly focused specialists in Kazan who deal with this disease, and I learned about the new method that is taught here, so I came here," said the patient, who hopes to return home in the near future.

During Ilya Sivokozov's master class in the nearby operating room, Kazan doctors introduced their colleagues to their technology for correcting chest deformities. Two surgeons of the Republican Clinical Hospital, chief pediatric traumatologist Pyotr Andreev and head of the department Ruslan Khasanov operated on a 15-year-old teenager. Professor Andreev explained that the child has congenital abnormal chondrodysplasia of cartilage and connective tissue, with subsequent disruption of bone tissue. This deformity leads to a decrease in the volume of the chest cavity, begins to squeeze the heart and lungs, and there are functional disorders: shortness of breath, palpitations. It's hard for patients to climb the stairs. All existing methods of conservative treatment are ineffective and inconvenient, said Professor Pyotr Andreev.

“There are a lot of methods for today, more than 30, and new ones are still appearing. In Kazan, they developed their own one — it is low-traumatic, at the same time, it gives the opportunity to correct all the components of the deformity and reduce the time of treatment. No resections are performed, no violations of the integrity of the length of the cartilage, ribs or sternum. We perform a corticotomy, which allows us to form a rib cage more quickly," said the chief pediatric traumatologist.

Kazan surgeons developed together with the instrumental and mechanical plant a device made of titanium in the form of a flexible plate, patented it and set up production at the local enterprise Implant. The plate is adapted to soft tissues and does not cause rejection, 8-12 months after the fixation of the rib cage, the patient is re-operated to remove the titanium.

“The operation itself lasts from 40 minutes to an hour and a half. Blood loss is minimal. We perform about 10-15 operations a year. More than 130 patients have been operated on over the decade. All outcomes are positive. The functionality of the respiratory and cardiovascular systems was restored. On the fourth day, patients already walk, on the 7th-10th day — they are discharged, unlike other interventions, when patients need a long stay in the hospital, up to 3-4 weeks. By the end of the 6th month, we allow swimming and physical activity," said Pyotr Andreev.

Vladimir Parshin, the leader in the Thoracic Service of Russia, Professor, corresponding member of the Russian Academy of Sciences, said that the entire first day of the symposium is devoted to master classes, and on the second day, there will be reports from Europe.

“From Kazan, St. Petersburg, Korea, there are broadcasts of various operations with the use of the most advanced technologies for various chest diseases. Kazan is becoming a Mecca for thoracic surgery in our country. It seduces us with its unconventional, open-mindedness of communication, we come here as if to our own home. This is very useful in the exchange of opinions between different surgeons," said Vladimir Parshin.

The physician noted a very interesting surgery doctors from Kazan during the deformation of the chest. “It would seem that they used open surgery, when the skin is cut, but on the other hand, they do not do those huge traumatic operations of classical surgery," added Professor Parshin.

“Most likely, in all reports we will return to the situation that exists today. We still do not know how to operate under Covid-19 conditions, when it is possible to operate on those who have suffered a coronavirus infection. Patients continue to suffer from other diseases and they need to be treated, we do not have strict criteria for when to operate, and everything is left to the feelings of the surgical teams. I think it will take six months or some months, and some rules of the game will be developed," the specialist in thoracic surgery drew attention.

According to him, such symposiums give a boost in the regions, people begin to press their administration, and provincial schools in many areas of medicine are ahead of the capital ones.

“Technologies are expensive, we will not get away from them. Medical care will become more and more expensive, we must admit it, but to remain at the level of the 1980s, when the surgeon did everything with his own hands and threads — only on the battlefield is possible today," Vladimir Parshin added. 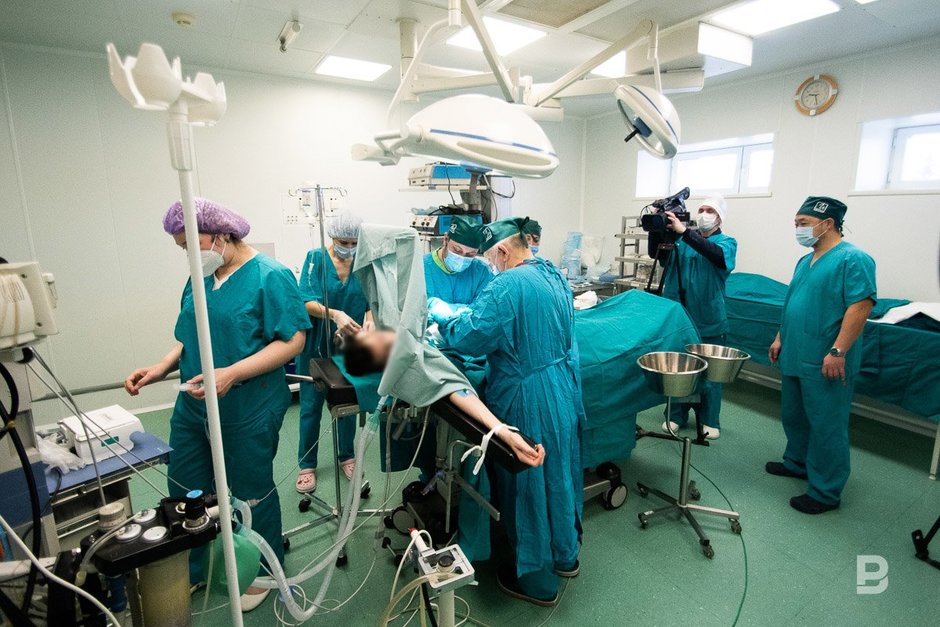 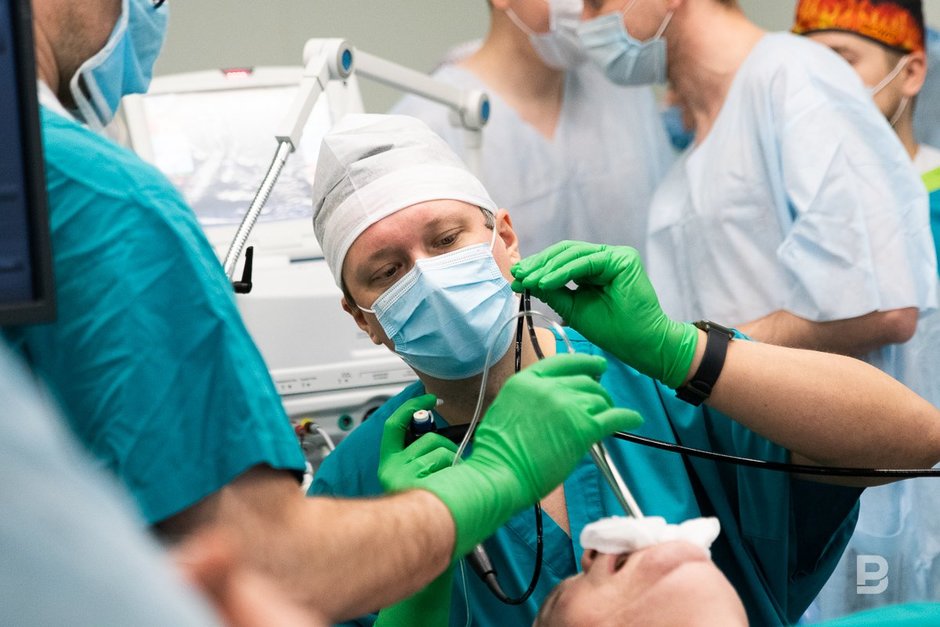 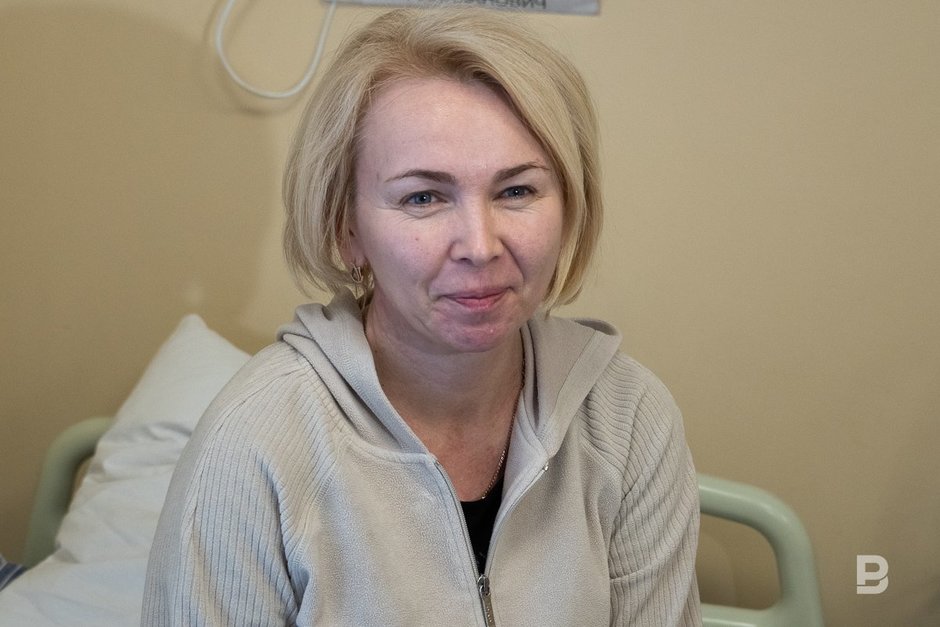