Kazan is going to remember the year 2018 with hosting the World Cup. As expected, such big competition led to an increase in the number of hostels and hotels, opening of new catering establishments and the long-awaited three-millionth tourists. At the same time, last year the tourism market was seriously shaken — Tatarstan citizens had to be 'rescued' from abroad because of the problems of tour operators. Read more about the results of the year in the material of Realnoe Vremya.

For Tatarstan, the year 2018 has become a landmark year in its own way. Largely due to that Kazan successfully hosted the World Cup. FIFA President Gianni Infantino called the 2018 World Cup Russia's best tournament in history, and before leaving for the final match in Moscow he found time and came to the city hall to thank the local authorities for organizing the competition personally, calling the capital of the republic one of the most beautiful cities in the world. 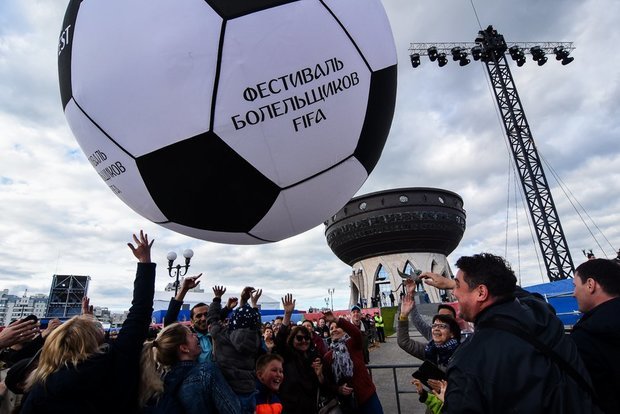 In the summer, a record number of green spaces were planted in Kazan, the site near the Kazan family centre was equipped for mass events, and the Tatmedia promenade was landscaped. Photo: Oleg Tikhonov

Restaurant and hotel businesses especially waited for the championship. The State Committee on Tourism of the Republic of Tatarstan calculated that the fans left 11,2 billion rubles in the republic during the football period. The average bill of the guests was 37,000 rubles. Kazan was mostly visited for three days, although individual fans stayed for longer. For example, a fan from Australia spent as much as 24 days in the capital of Tatarstan.

In total, residents of 36 countries got acquainted with Kazan during the World Cup. At each match, Kazan Arena was filled by an average of 98,9%, with half of the spectators coming from abroad.

The average hotel occupancy during the championship rose to the level of 81%, and on 6 July it reached 99%. From food, most of all fans drank beer and ate ochpochmaks (a Bashkirs and Tatar national dish – editor's note). At the same time, food places that were lucky enough to be on the way of fans literally did not have time to count the revenue. In a restaurant, the average bill was from 1,000 to 1,500 rubles, in a cafe — from 300 to 500 rubles.

After the World Cup, businesses began to warn that in 2019 more establishments may close than open — all because of inflated expectations from the World Cup. But in Kazan, as it turned out, the situation is quite stable. The catering market is waiting for the upcoming WorldSkills, which is going to be attended by participants from 67 countries. At the same time, the premium segment has decreased in the capital of Tatarstan this year — businesses are moving towards more democratic establishments in terms of price. Nevertheless, experts interviewed by Realnoe Vremya believe that the number of new establishments in Kazan will grow next year — largely due to a growing interest of federal chains. 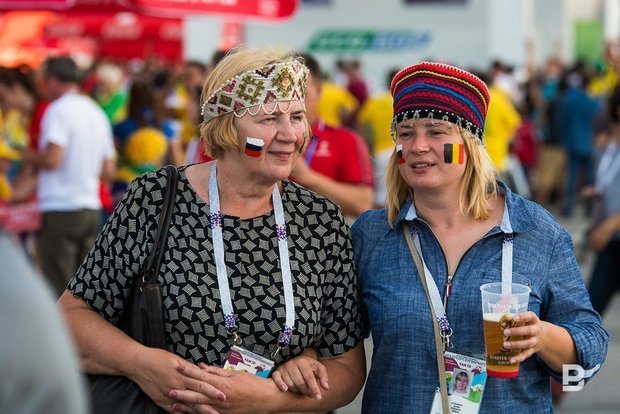 From food, most of all fans drank beer and ate ochpochmaks. Photo: Maksim Platonov

Against the background of the World Cup, the figures for the opening of new hostels have crept up across Russia. Kazan in dynamics has found itself the third — 32 new budget accommodation facilities have appeared, which were added to the online booking system, OneTwoTrip calculated. More was only in Moscow and St. Petersburg.

If we talk about major projects, last year Tatarstan was added with two five-star hotels. Kol Gali Resort&SPA opened in Bolgar, the Shamovskaya hospital in Kazan has turned into a luxury Kazan Palace Hotel by Tasigo by the efforts of Turkish investors.

Apparently, in the New Year holidays Kazan hotels did not suffer from a lack of customers. The capital of Tatarstan has become the third most popular destination for the holidays after Moscow and St. Petersburg. According to data as of 25 December, the occupancy during these dates amounted to 84%, in peak periods — 92%.

The expectations for the tourist flow in 2018 were justified in full. At the beginning of November, Kazan welcomed the three-millionth tourist, making quite an event of this — for the lucky from Moscow they organized a very warm reception at 170,000 rubles.

For residents of Tatarstan, who love travelling, the past year was full of difficulties. In the summer, the clients of Volzhskie Puteshestviya could not go for river cruises.

In July, Natalie Tours tour operator spoiled the holidays in Cuba, the Dominican Republic and Mexico for Tatarstan citizens, and in December the news agenda was marred by information from the Chinese island of Hainan, where 369 tourists from Kazan got stuck because of the problems of the tour operator Zhemchuzhnaya Reka. 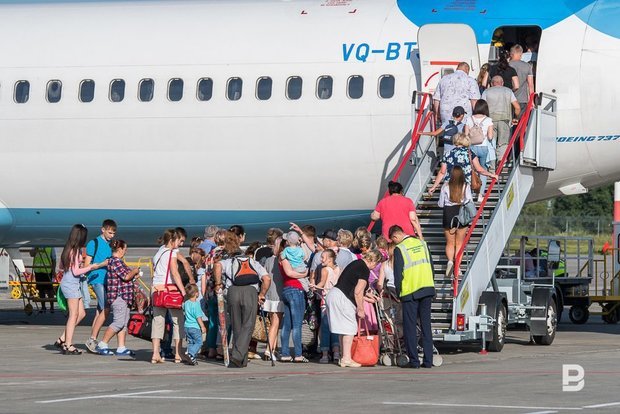 In Kazan, the tourism industry was helped by numerous opening direct flights to Russian and foreign destinations. Photo: Maksim Platonov

Nevertheless, the emerging difficulties did not break the tourist market. Closer to the New Year, Kazan representatives of the tourism industry told about though not impressive, but stable situation, and some of the services for search and booking of tickets reported about a significant increase in the interest in travels from Tatarstan. This is taking into account that charter flights still did not appear for the most popular mass winter destination — Egypt.

In Kazan, the tourism industry was helped by numerous opening direct flights to Russian and foreign destinations — Batumi, Bologna, Minsk, Pardubice, Tbilisi, Ovda, Alanya, to the Kyrgyz city of Osh, flights to Sharjah resumed. In Russia from the capital of the Republic began to fly planes to Tyumen, Omsk and other cities, increased the number of flights to Moscow and St. Petersburg.

As a result, in 2018 the Kazan international airport, which after the voting was named in honour of Gabdulla Tuqay, was marked by its own record — passenger traffic exceeded 3 million people by early December. For comparison, in 2017 it was 2,6 million passengers.

There is also news in the market of railway transportation. Direct trains from Kazan began to run to Tashkent and Minsk. It is expected that in 2019 the number of destinations where you can go from Kazan will only grow.