In honour of whom will the major airports in the Volga Federal District be called?

The Civic Chamber of the Russian Federation has summed up the results of the project Great Names of Russia, after the vote in which 47 Russian airports will be named in honour of outstanding compatriots. Kazan and Ufa gave their preference to ethnic poets — Gabdulla Tuqay and Mustay Karim, and Nizhny Novgorod and Cheboksary — to the pride of the region, test pilot Valery Chkalov and cosmonaut Andriyan Nikolaev. Read more about after whom the major airports in the Volga Federal District will be named in the material of Realnoe Vremya.

Kazan in anticipation of changes

The idea of holding the vote to choose the name to 47 Russian airports was voiced in the public field in early October, and just in a few days the work began buzzing with activity. From 11 to 21 October, regional lists of names-applicants were compiled, from 22 to 30 October – the long list. From October 31 to 11 November, with the help of a survey of the population they made a shortlist, and on November 30 the final vote was completed.

The topic with the choice of a name for the Kazan airport excited many. Under the very first material of Realnoe Vremya on this topic, readers offered different candidates, including Shaimiev, Marjani, Dzhalil, Baratynsky, Kopylov, Derzhavin, Maksudi, Nuriyev and even Ulyanov-Lenin, Genghis Khan and Grozny. As a result, the long list of the names of the applicants was reduced to six candidates: Gavrila Derzhavin, Leo Tolstoy, Mikhail Devyatayev, Nikolai Lobachevsky, Sergei Korolev, Feodor Chaliapin. As a result, three variants were chosen: Musa Dzhalil, Gabdulla Tuqay and Andrey Tupolev. With a clear margin, the victory was given to the Tatar national poet Tuqay. 55% of the 126,000 voters voted for him — almost 70,000. The second place with 32% of the vote was taken by no less important Soviet scientist and aircraft designer Tupolev. Well, Musa Dzhalil was chosen by 12% of voters, which is as much as 15,500 people. 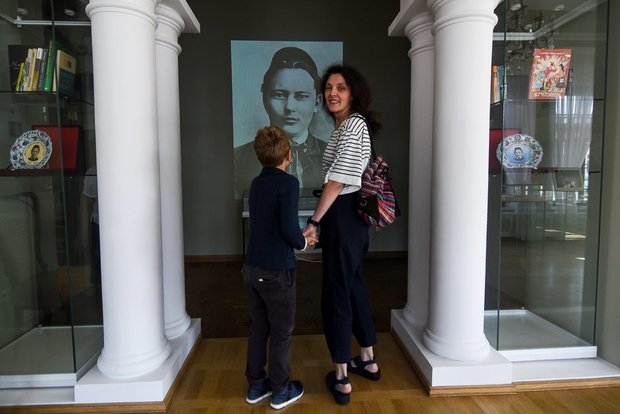 Venera Dunaeva-Valieva, the translator of the poetry of Tuqay, Dzhalil, Tufan, Khakim, the wife of the famous physicist, academician at the Russian Academy of Sciences Kamil Valiev, was delighted by the news of the victory of the poet.

''It is a great joy for me! I congratulate you!'' the well-known translator, whose name is often associated with Gabdulla Tuqay, noted joyfully.

According to the interlocutor of the publication, renaming the airport will help to interest more people in the poet's work.

''Now this name will be known to the whole globe! Air traffic is now active. As for Gabdulla Tuqay, I would like the youth in Tatarstan better know about him,'' says Venera Dunaeva-Valieva.

Officially, the Kazan International Airport will be renamed after the release of the relevant decree of the President of Russia.

''Currently we are considering and thinking through possible ways of making changes in the design of terminals in accordance with the selected historical person,'' the head of the press service of the airport Adel Gataullin told Realnoe Vremya. Most likely, after selecting the concept, a tender will be published, the winner of which will be engaged in the re-registration of terminals. By the results of voting Begishevo received the name of Nikolay Lemaev, the deputy and then minister chemical and oil refining industry of the USSR. Photo: wikimapia.org

Own oilmen are not forgotten

In parallel with Kazan, the public was choosing the name for another Tatarstan airport near Naberezhnye Chelny and Nizhnekamsk. By the results of the voting, Begishevo received the name of Nikolay Lemaev, the deputy and then minister chemical and oil refining industry of the USSR. Prior to the appointment from 1963 to 1985, he headed the Nizhnekamsk petrochemical plant and did much for the formation of Nizhnekamskneftekhim.

For many, this name was unfamiliar, but residents of Nizhnekamsk and Naberezhnye Chelny, apparently, did not forget their hero. The vote was participated by 68,000 people, 47% of whom chose Nikolay Lemaev. The second place was taken by Dmitry Mendeleev, the third — Ivan Shishkin, and the fourth — Salikh Saydashev.

In the context of the Volga Federal District, not all airports in the regions received new names. For example, in Perm with the help of telephone surveys and Internet voting last year they already chosen the name for the airport. Local residents decided to leave the existing name – Bolshoe Savino, so from the list of airports involved in the project Great Names of Russia it was excluded. The existing name of the Perm airport is connected with its territorial location — the village of Bolshoye Savino.

The new airport in Saratov, which is being under construction, was also excluded from the list, as in May 2018 by order of the government it was given the name of Yury Gagarin. By the way, the Orenburg airport is also named after the Soviet cosmonaut.

The airport in Ulyanovsk, which by order of the governor of the region in 2011 was renamed in honour of the writer and historian, native of Simbirsk Province Nikolay Karamzin, was also given the name before the national vote.

The airports in Izhevsk, Kirov and Yoshkar-Ola were also not included in the project, as the names were chosen only for large objects. The vote to name the Nizhny Novgorod airport Strigino was participated by 130,000 people, and most of them, 52%, chose Soviet test pilot Valery Chkalov. Photo: museum.ru

Ufa chose a poet, and Nizhny Novgorod with Cheboksary – a pilot and astronaut

The vote to name the Nizhny Novgorod airport Strigino was participated by 130,000 people, and most of them, 52%, chose Soviet test pilot Valery Chkalov. Among other candidates there were Maxim Gorky and Kuzma Minin. The region connects a lot with the hero of the Soviet Union. The village of Vasilevo, where he was born, was later renamed as the city of Chkalovsk. Besides, in 1940 in Nizhny Novgorod there was a monument in his honour, the author of which was a friend of Chkalov Isaac Mendelevich.

The city of Samara was choosing from four outstanding names. 60% of 142,000 voters thought that it would be right to call the Kurumoch airport in honour of Sergey Korolev. Among the competitors there were Nikolay Kuznetsov, Eldar Ryazanov, Vasily Tatishchev.

Ufa participated in the voting especially actively. 195,000 people were deciding in honour of whom to name their airport — Musa Gareev, Mustay Karim or Salavat Yulaev. As a result, 49% of people voted for the Bashkir poet, writer and playwright Mustay Karim, after whom the national youth theatre of Bashkiria and the street have already been named in Ufa.

In Cheboksary, the number of voters was not so high compared to other regions, but this can be explained by that the population in the capital of Chuvashia is less that of its neighbours. 59,000 people took part in the project Great Names of Russia, 62% of which gave preference to the Soviet cosmonaut, ex-wife of Valentina Tereshkova — Andriyan Nikolaev, who was born and died in Chuvashia. He is not as well known as Yuri Gagarin or German Titov, and he is called cosmonaut number three, but the contribution of Andriyan Nikolaev is difficult to overestimate. Compatriots remember about him — in 2006, in the native village of the cosmonaut the Shorshelsky Museum of cosmonautics was renamed into the Memorial complex named after the pilot-cosmonaut of the USSR A.G. Nikolaev.

As much as 405,000 voters participated in renaming the airport in Penza. The victory with a large margin of 87% was won by the great Russian poet and novelist Mikhail Lermontov. He was followed by Alexander Kuprin and Vissarion Belinsky. In Moscow, Sheremetyevo will be named in honour of Alexander Pushkin, and Domodedovo — of Mikhail Lomonosov. Photo: Dmitry Sklarenko / Wikimedia Commons

With forgotten Zhukovsky and another round

Moving away from the Volga Federal District, it is worth noting that some of the regions have chosen the same names for the name of the airports. Because of this, the civic chamber decided to hold the second round of the voting. It will be held from 10 to 21 December in St. Petersburg, Arkhangelsk and Nizhnevartovsk.

In Moscow, Sheremetyevo will be named in honour of Alexander Pushkin, and Domodedovo — in honour of Mikhail Lomonosov. In Vnukovo, the situation is still not clear, although people chose Sergey Korolev. Another Moscow airport — Zhukovsky — was not included in the project Great Names of Russia.