High demand for mortgages will end together with low rates, Expert RA thinks

Expert RA analysts offer the mortgage market grim prospects. Due to a rise in rates and growth in prices for dwelling, its three-year growth will stop; mortgage volumes in 2019 can shrink by 10%, if not a quarter. However, other experts and representatives of banks whom Realnoe Vremya surveyed are more optimistic. They wait only for slower growth in home loans.

Granted mortgage volumes broke records in the first half of 2018: they reached 1,3tr rubles having increased by 69% during the year. Mortgage portfolio has accelerated first in five years: it totalled 5,8tr rubles by early July (+23% a year). Circumstances favoured it – house managements could meet the postponed demand for dwelling when rates were low. Mortgage refinancing whose share in the total volume of loans went up to 13% also gave the market a stimulus.

Mortgages have been cheapening since the middle of 2016, and the tendency hasn't changed so far. According to the Central Bank, an average mortgage rate in rubles has reduced from 9,8% early this year to 9,4% in early September (see graphic). 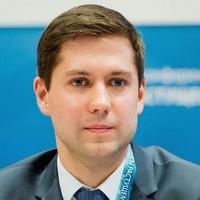 However, the action of favourable factors is gradually coming to an end, warns Managing Director on bank ratings at Expert RA Aleksandr Sarayev. Due to aggravating geopolitical risks and accelerating inflation, rates will begin growing. Prices for dwelling have already gone up; according to Sarayev, it's especially notable in new houses.

This all discourages the mortgage market: Expert RA forecasts its fall next year, first in three years. The negative effect won't be visible in the next months. On the contrary, expectations of growth in rates and housing prices will provide an outstripping demand for mortgages. As a result, loan volumes will total 2,7-2,8tr rubles in 2018 increasing by at least 35%, the agency's analysts suppose.

But then the key growth drivers will run out. This won't allow to repeat the current dynamics even if macroeconomic conditions don't change significantly. In the basic scenario in 2019, the agency expects the market to fall by 10% (to some 2,5tr rubles), in the negative scenario, the fall is a quarter (to 2tr rubles). However, other analysts and bank representatives themselves think these predictions are too grim. According to them, one should count on slower growth more than the market's fall. 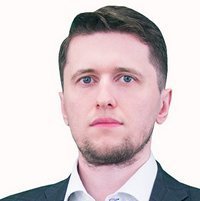 Analyst of Otkritie-Broker Timur Nigmatullin also calls the rating agency's evaluations too pessimistic for several reasons. Firstly, the debt burden on the population has reduced in the last years: now it's equal to about 4,8% of GDP, while it reached 5,6% in 2014. The debt has augmented nominally, but service costs have reduced: ''Even with stagnated real incomes (we think they will grow by 1-2% a year anyway), the burden has potential to return to pre-crisis levels approximately in 2021. In the end, the consumer lending market, in general, and mortgage market in particular will support it.''

Secondly, he says, today the market doesn't have a deficit of construction facilities that could provoke growth in prices and a fall in demand. Dwelling commissioning is growing slowly, but the launch of new projects is speeding up. So only slower mortgage growth paces at 10-20% a year can be expected, not the market's fall.

Nigmatullin supposes the Central Bank's key rate will grow to 7,75% by late 2019: ''But this won't lead to a considerable rise in mortgage rates, as banks will wait for a renewal of the reduction cycle in 2020 and augmented mortgage portfolios at an outstripping pace.''

Aleksey Podvigin, director of Food and Analytics Department at DeltaCredit, forecasts the volumes of mortgage loans will reach 3-3,1tr rubles by the end of the year. He doesn't wait for the market to fall in 2019: ''We count on moderate growth by 10%.''