Officials and representatives of aviation industry accused the cadets of the Ulyanovsk flight school of ''disgrace to the honour of the regiment'' — and it has had a very unexpected continuation. The flashmob taken place in support of the cadets has become even more large-scale than the wave of indignation, and it has been continuing for already several days. Realnoe Vremya asked people close to aviation the question what they think about the video and why the cadets-pilots are allowed less than any other student. 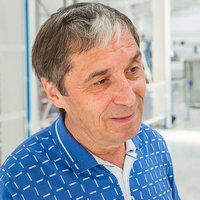 Azat Khakim, chairperson of the board of directors of Tulpar GC

It is completely out of order, to put it mildly. It is clear that the video was made by young people who is messed up with their actions. But, after all, they are studying at such a place, they are going to become pilots, this profession requires, first of all, responsibility and discipline. It is wrong to allow such behavior. It is wrong to even make allowance for the age. They should understand where they study, what profession and responsibility they are going to have.

I am one hundred percent sure that the cadets will be punished. Now it is the question of their expulsion. If the Federal Air Transport Agency doesn't stand up for them, does not mitigate the punishment, I assume they all will be expelled. This is, of course, very rough, but, on the other hand, it is right, it is a warning to others.

When I was studying, we had paramilitary discipline. Of course, we went in unauthorized leaves to girls at pedagogical college, we were young, after all, but such behaviour crosses the line. It is completely out of order. 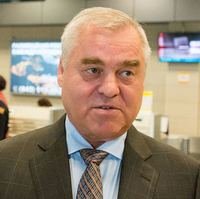 Maybe my colleagues and peers would say that there is nothing special about this video, and I also probably think so. But still, the pilot is absolutely not a profession for making such videos and for such dances. There are artists, entertainers, workers in other fields. That is why it is hard for me to comment on this question especially because there have appeared many sympathizers to the cadets. At our time we were not taught such things. We were taught that people in our profession are courageous, pure, honest. The profession is not supposed to make such gestures in the nude. And it's not fooling around, it's a pure provocation. They have what to do in their free time. They should better go to the theatre and cinema. We had a very different daily routine (Petr Trubaev graduated from the Buguruslan flight school of civil aviation — editor's note), almost military, but now the discipline is different. When a person lives in barrack conditions — he has one mentality, but when during a day he is at school and in the town in the evening – it is totally different.

What motivated these guys? Perhaps, naughtiness. But they could do a different video, without such movements. I'm sorry for our future colleagues who behave not like men. Yes, they won't be worse professionals because of this. Maybe they study well and fly well. But the profession itself requires a crystal-clear reputation. In the last century, when Russia was just starting to master aviation, these people had a special status, they were imposed special requirements due to the very thing that they were doing — at the first stage it was dangerous. They were given tribute, honour. The pilots, unlike artists, have a different purpose, and I'm sad that respected people have fallen under criticism for this video. Of course, it is not necessary to punish these cadets. Condemnation would be enough, eventually they will understand everything. 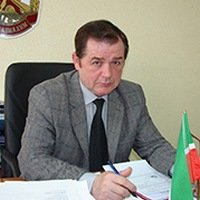 Radik Khaliullin, head of the Central Aero Club of the Republic of Tatarstan of DOSAAF of Russia

I think that these young people are a disgrace to the profession. I understand that they are young, but still, I myself grew up in the Soviet Union where the attitude to the discipline was completely different. The requirements were very strict to appearance as well as to behaviour. We treated the pilots as gods. I was working at ''chemistry'' (sprayed the fields from the air), we were met on land as stars, people rushed to embrace us. But we were not arrogant, we were brought up well. The uniform kept us within the boundaries and it was completely unacceptable to dishonour it. God forbid to appear somewhere drunk. I do not think that the profession needs to change and the demands need to be softened. Many leave from our Aero Club to study in the Ulyanovsk flight school. I hope there are no my students among those who made the video because they are very well educated. I believe that such education and strict discipline should be from the beginning of training because all the shortcomings of education appear in the sky. We have a saying in aviation: if you know something at four on land, then in the sky you will know it at three. So that the requirements for cadets are usually higher than to usual students. 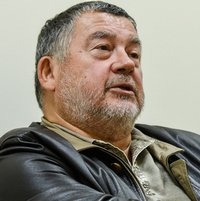 The phenomenon itself characterizes a different era. For the Soviet people it is, of course, unusual. Although we have seen similar things even in the most innocuous Hollywood films. Personally, I don't see in this video anything special except for fun, lightheartedness and enthusiasm. I've seen the video as well as further flashmob — I personally do not find it aesthetical, but one should understand that it's not even a question of fathers and sons, but simply a question of different times and different views. I do not think that the pilot is a profession that requires compliance with some iron rules of behaviour. A free man always remains free and he will not will bring swagger to the cabin of pilots. I know from stories and books that the pilots always had fun, and a lot! Well, then, if we talk about whether it is worthy for pilots. But what about teachers? And doctors? Again, for me personally, this dance does not seem pleasant, but in this issue I would not appeal to the older generation.