Russia may ban the activities of ridesharing services at the suggestion of the Association 'Regional Road Transport Union'. The fact that in addition to those who want to share the cost on journeys there have appeared drivers, who make several trips a day, have begun to use the service BlaBlaCar for commercial purposes has become the reason for discontent. At the moment, the court has already decided in favour of the association. BlaBlaCar disagrees with the decision and is going to appeal it. However, if it fails, then Russia will have the first in the world precedent for banning the service. Read the details in the material of Realnoe Vremya.

The existence of ridesharing services has found itself at risk in Russia. Roskomnadzor [the Federal Service for Supervision of Communications, Information Technology, and Mass Media] at the request of the Prosecutor's office of the Timashevsk district of the Krasnodar Krai can block BlaBlaCar. The Association 'Regional Road Transport Union' (RAS) considered that the service was involved in organizing regular illegal commercial transportation and went to the prosecutor's office.

In turn, the Prosecutor's office through court pursued a ban on dissemination of information about shared rides through BlaBlaCar due to the fact that the website is used ''for transportation of passengers and luggage by passenger car (taxi) on a commercial basis but it has no permit for the activity.''

The service learnt about the decision of the court, which was pronounced on 12 September, only on 18 October.

''For some inexplicable reason, BlaBlaCar has not been officially notified about this decision. It became known to us on 18 October from one of our users. This charge was a big surprise to us,'' Realnoe Vremya was informed in the company. 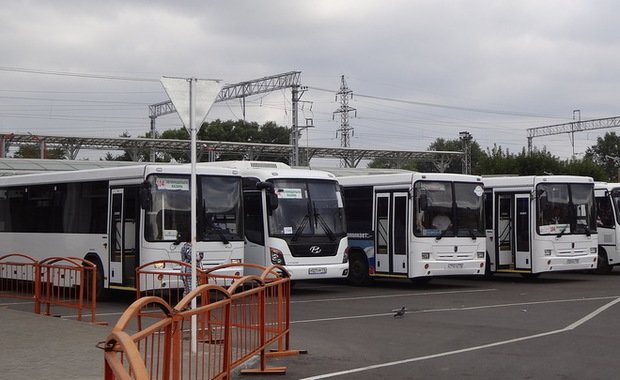 The RAS notes that BlaBlaCar dropped a traffic volume of intercity transportation by 15-20%. Photo: skyscrapercity.com (Topoliok)

Kommersant-Yug newspaper was informed about the reasons of discontent in the RAS, where the head of the Center for legal support of the association, Alexey Dynko, said that the service is popular among illegal immigrant taxi drivers, who make several trips a day, including by buses and vans, thus attempting to make money, not to recoup the cost of gasoline. The RAS notes that BlaBlaCar dropped a traffic volume of intercity transportation by 15-20%.

We will remind that the operator of the service in Russia is Comuto Rus PLC. If they do not appeal the court decision, Roskomnadzor will be obliged to block access to the service throughout Russia. It is obvious that ridesharing services such as Pokatili and BeepCar will also follow BlaBlaCar and fall under the attack. According to the latter, by the way, Kazan has entered in the top 15 most popular destinations of car trips in the November holidays.

Everything depends on the appeal

As BlaBlaCar informed Realnoe Vremya, they appealed to the court of Krasnodar with a demand to restore the term for filing an appeal and also filed an appeal against the decision on recognition of the published information as forbidden because they consider it unfair. In the end, the Timashevsky court reinstated the appeal period on 27 October. However, the sitting date has not been appointed yet.

''We expect that a re-trial will take place by the end of this year, where we can prove to the court that ridesharing does not violate the laws of the Russian Federation,'' commented on the situation in BlaBlaCar.

Now the company communicates with representatives of regulatory authorities of Russia of federal and regional level, explaining to them the principles of ridesharing. It is possible that further check of the service users will help to solve the problem of unscrupulous drivers. Photo: vk.com/blablacar_ru

Is Russia the first country to have problems with ridesharing?

''BlaBlaCar has no similar litigation in other regions of Russia or in 22 countries where we operate, because in all countries of its presence the activity of our company fully complies with local legislation,'' said the representative of the service in Russia.

He drew attention to the fact that ''the car owners — users of BlaBlaCar do not carry out commercial activities, they do not provide taxi service and do not receive profit, voluntarily driving fellow travellers according to a pre-planned route, but only partially offset the cost of gasoline.''

''This kind of activity in terminology of foreign countries is called 'ridesharing'. Ridesharing at legislative level is recognized by the leading countries of the world. We believe that Russian law cannot forbid motorists to drive fellow travellers and share between participants (friends, relatives, acquaintances, neighbours) the cost of gasoline, provided that drivers do not receive financial benefits from such activities,'' noted in the company.

It is possible that further check of the service users will help to solve the problem of unscrupulous drivers, in the result of which there will be blocked the accounts, owners of which are caught in an attempt to benefit financially from a trip.

Ridesharing services are actively used in Tatarstan. For example, in BlaBlaCar, in the top route there are trips 'from' and 'in' the capital of Tatarstan, in particular the route Kazan-Naberezhnye Chelny.