Transport infrastructure development, which is part of President Putin's May Decrees, will cost over 6 trillion rubles ($90 billion), according to the government's estimates. However, the budget is meant to cover only around a half of the sum, while the other half is still to be found in so-called ''non-budgetary'' resources.

Russian businesses could share with the government the financial burden of building high-speed railways and toll roads, says Reuters citing Deputy Prime Minister responsible for transport and communications Maksim Akimov. ''We are very much in support of investments by businesses. But it should be done where businesses see their own interests as well, not because someone has got on their backs,'' said the official in an interview.

Akimov invited companies to invest in the development of high-speed passenger railways, as this sector could provide demand for different metals, advanced technologies and IT systems. He promised to build up project models that would be attractive to investors. According to a plan by Russian Railways, the development of high-speed rail links to Nizhny Novgorod and Vladimir will cost over 620 billion rubles ($9,40 billion) and 200 billion rubles ($3 billion) respectively. Later, the railway is supposed to be prolonged to Kazan. In May 2018, Russian Railways and the Eurasian Development Bank signed an agreement on cooperation to implement the investment project. 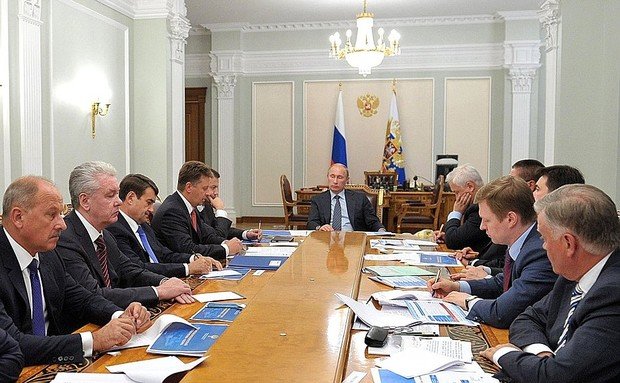 The government has also added the development of the Northern Sea Route to its infrastructure plan. Besides increasing the capacity of seaports, the project envisages the construction of the Europe-Western China Highway. Currently, the route is mainly used to ship liquefied natural gas. Overall, the government's plan for total infrastructure development is estimated at 6,24 trillion rubles ($94 billion), around a half of which should come from the state budget. The other half is supposed to be provided by so-called ''non-budgetary resources'', Akimov said. The plan should be approved by 1 October.

In August, the Kremlin proposed that Russian metals and mining companies, which had seen increased profits due to the ruble's weakness and strong commodity prices, could invest in projects that would help the stretched state budget meet Putin's goals.