Black hole for AliExpress parcels. How awaiters are bred in Kazan Logistics Centre

Residents of Tatarstan who buy goods online continue complaining about the work of Tatarstan Post Logistics Centre where parcels get lost for months and don't reach their destination. Sometimes parcels from China are shipped to Kazan for 5-7 days. At the same time, orders get stuck in the sorting centre for weeks or months. At the same time, Russian Post's regional office explains the delays by seasonality and mistakes when filling in documents. This is why machines send parcels and letters wrongly. And the Tatarstan Ministry of Informatisation and Communications notes the company regularly arranges the sorting equipment. Realnoe Vremya's correspondent found everything out.

Parcels didn't start to arrive faster with the opening of a logistics centre in Kazan, which is aimed to service citizens of Tatarstan, Mari El, Chuvashia, Udmurtia, Samara and Ulyanovsk Oblasts. On the contrary, people have started to complain about the ''black hole'', which has formed in the capital of Tatarstan, after almost a year of a lull. But there is no logic: if some parcels get to their destination in Kazan from China for a week, others get stuck in the logistics centre for months.

There have appeared new complaints about the centre's work even in comments to Realnoe Vremya's last year's publication. For instance, one of the readers wrote on 23 May underpants had got lost in the sorting centre. Another reader complained on 11 July her parcel had been laying in the logistics centre for two weeks by the moment. When she filled in a letter to look for the parcel, she got a message: ''Due to the conditions of processing, your parcel is ordinary, this is why it's not possible to carry out a documentary audit.''

It turned out many people received such replies. People who don't like the work of Tatarstan Post even created a community ''Mass Loss of Parcels!!! Kazan'' on Vk.com. They complain about the employees who reply when people ask to find a parcel: ''The parcel can't be found, as it's 'ordinary''. In addition, users write they can't fill in an application form to find a parcel: the system on Russian Post's page doesn't accept it, and they have to take the address like before – on foot and in written form. Parcels didn't start to arrive faster with the opening of a logistics centre in Kazan, which is aimed to service citizens of Tatarstan, Mari El, Chuvashia, Udmurtia, Samara and Ulyanovsk Oblasts

There have been hundreds of complaints only in this group in the last two months: many people buy goods from the Celestial Kingdom. And if parcels can get to the logistics centre from there for 7-8 days, they get stuck in Kazan for 1-1,5 months. However, citizens who have heard about theft in the logistics centre are glad even about a delayed good, which finally reached its destination.

''Guys, the parcel has changed its location, it's reached the destination but I haven't got it yet (I will write later if all's fine). It left the customs in Moscow on 30 April, it got stuck in Stolbische since 21 May, and on 16 July the parcel has finally changed its location. At the moment, it's in the post judging by tracking number. Probably you will also have to wait, good luck! The parcel was sent from Singapore,'' wrote Ibragim B. on 18 July. But not everyone is lucky.

Members of the community on Vk.com already called the logistics centre an enchanted place and advise to order goods through Moscow just in case or even through Mordovia – parcels allegedly reach their destination faster.

The fears of those who bought a phone or other expensive goods from China and who have to wait have foundation. It should be reminded that employees of the investigative administration of the Ministry of Internal Affairs arrested six workers of Russian Post's Logistics Centre in Kazan. A criminal case on the article Theft was launched against them. The investigation thinks these people stole at least 835 parcels by doing harm to Russian Post at 2 million 465,000 rubles. When sorting the post, they chose parcels with expensive electronics, hid in a secret place in the centre and then took it away. 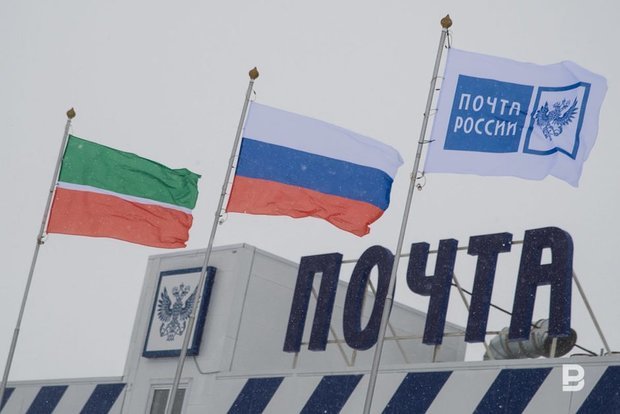 Members of the community on Vk.com already called the logistics centre an enchanted place and advise to order goods through Moscow just in case or even through Mordovia

Are seasonality and mistakes of senders guilty?

Tatarstan Post's press service explained Realnoe Vremya the delays are temporary – depending on the season and volume of work. Employees of the logistics centre especially have a lot of work by New Year.

Technical factors also affect the terms – systems in the centre are automated. And in case the index or other data are wrong, parcels automatically are sent to another place. This is why the Tatarstan office pays attention that every delay is individual. The company is sceptical about social networks and complaints there:

''For example, Vk.com has several groups with plenty of complainers about delays and losses. When we start to process every specific case, it turns out there are more cries than problems,'' says director of the department of internal communications of the Tatarstan Post's Administration of Federal Post Service Evgenia Doronina.

Arrangement of work in process

The logistics centre for 4 billion rubles pompously officially opened on 30 January 2018 but began to operate earlier. According to Tatarstan Post, the number of processed parcels has risen four times since December 2017. Residents of Tatarstan also began to send more. The press service of the Ministry of Informatisation and Communications of the Republic of Tatarstan adds: it's planned to augment an average daily volume of processed parcels to 1 million of units of which more than 150,000 units are parcels. The ministry notes they received just 18 complaints from citizens about the shipping of parcels and violation of deadlines since the first half of 2018 despite a rise in volumes of processed parcels. The number of addressed has increased in the second half:

''The number of negative messages has increased in the second half: there have been received 33 addressed of which 28 are about the work of the new logistics centre from 1 July to 20 August. We draw attention that the volume of processed letters in the Kazan Logistics Post Centre has been 20 million units during this time, that's to say, the quantity of addresses has totalled 0,00014%,'' says head of the press service of Ministry of Informatisation and Communications of the Republic of Tatarstan Anna Yakovleva.

The ministry specified that Tatarstan Post specialists who are responsible for letters have found out that it's necessary to correct the technological process of automated processing parcels to reduce the number of complaints.

''At the moment, Tatarstan Post Administration of Federal Post Service, the office of Russian Post Federal State Post Administration has tightened the control over arrival, processing and shipping of parcels. The equipment that automatically sorts letters is regularly arranged,'' comments Yakovleva.