Nostalgia for 1937 in epaulettes, flooded stadium in Volgograd and the British mass media’s lie

Many people think the 2018 WC has been the best world cup of all times. In a column written for Realnoe Vremya, famous commentator Vitaly Oshovsky tells what moments of the WC we will remember especially well.

The final match between France and Croatia became an adornment of the whole cup. But, sadly, there was a fly in the ointment. Pussy Riot activists have stood in a crowd again: they appeared on the pitch in a police uniform at the beginning of the second half, that's to say, the performance had been obviously carefully prepared.

Artist Pyotr Verzilov and Veronika Nikulshina, who works as a model, were severely interrogated immediately after the match (the video appeared on the Net): ''So did you decide to p**p on Russia?'' an employee of law enforcement agencies said raising his voice. ''Do you know Russia will pay FIFA fines? You've framed Russia! I wish it were 1937 now. I just regret sometimes.''

The campaign's participants spent a night in the cell and hope to be released soon. 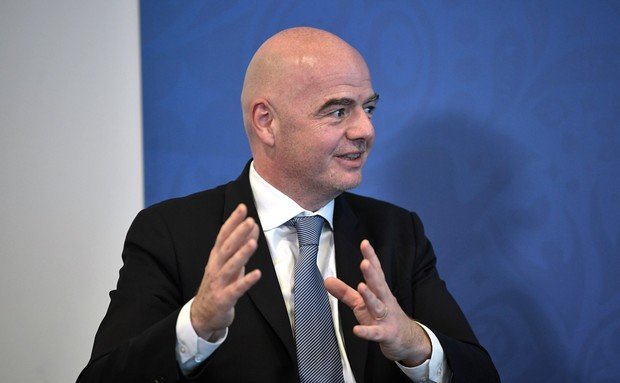 ''So forget ice hockey, forget whatever other Nordic sports… Russia is a pure football country''

Russia has dramatically changed its sports ''views'' in the last 1,5 months. If previously people talked about the people linked with football with some disdain at times, now everything has changed. There have been fewer citizens who claim: ''I don't understand and recognise football,'' ''Each of the 22 fools should be given a ball'' and so on. Fans staged improvised concerts and even carnivals in metro cars. Peruvians who almost ''occupied'' Saransk in the middle of June have distinguished themselves.

''Russia has now become a real football country. So forget ice hockey, forget whatever other Nordic sports… Now it is official. Russia is a pure football country,'' claimed FIFA President Gianni Infantino. This summer it's become even trendy to be interested in football. Will Russia be able to hold the high bar of this interest? Firstly, many people will continue discussing the best game in the world. But the country with no football can come back if Russian clubs and the national team don't have successes.

How Vida met with Putin

''Football is outside politics!'' this slogan almost lasted till the end of the WC. Russians took photos and hugged foreigners with pleasure in the street, while the teams didn't allow to distract from the games by surprising by one unexpected result after another. As it was expected, ''politics began'' with the national team of Russia. But nobody expected unnoticeable Croatian defender Domagoj Vida screaming ''Glory to Ukraine!'' in his team's changing room would become the main ''politician'' at the WC.

The story seems to have ended in an armistice. Nobody booed Vida in the final match with the Frenchmen – mainly because Domagoj had the wisdom to apologise. ''I would like to apologise again to Russian people. I'm sorry. That's life. You have to learn from your mistakes,'' said Vida live. But after the final match ended, Vladimir Putin hanged a silver medal to Domagoj's neck as nothing had happened. Before Messi's arrival, mural painters did his graffiti in a hurry. As a result, Argentina was immediately eliminated from the 1/8 finals. Photo: Maksim Platonov

Graffiti in Kazan = elimination from WC

Now Kazan is the unluckiest Russian city for superstars. It's here when Leo Messi can't score. And there is a graffiti issue. Last year, local artists depicted Ronaldo, and he couldn't win the Confederations Cup. Before Messi's arrival, mural painters sprayed his graffiti in a hurry. As a result, Argentina was immediately eliminated from the 1/8 finals.

Neymar's portrait was featured near Mirazh hotel by the ¼ finals, and the tendency became a law. It's in Kazan where the national team of Brazil sensationally lost to the Belgians and left the tournament. Unfortunately, Kazan artists couldn't paint Luka Modrić on time: perhaps Russia could have reached the semi-final.

English fan: we don't believe in their press any more. All the things they wrote about you was a lie and provocation

It's official now: the English are back home safe and sound. It's the outcome the yellow English newspapers unlikely have guessed. The local mass media did a real ''journalist crime'' by discrediting Russia before the 2018 WC began so that dark-skinned players of the national team of England had special courses on how to ''correctly'' react to racism before the tournament. And the English were in a military base for some reason several days to the departure to Russia. The newspapers seriously thought not only Russians but also their bears would attack the English.

The national team of England behaved carefully at its first training sessions. They were welcomed with bread and salt that the players didn't rush to taste. Russians could have added Novichok, who knows? However, it became known later that the English mass media totally went gaga. One of the English fans claimed they didn't believe in their press any more. All the things they wrote about us was a lie and provocation. So he says it's the best WC in history. Before the final match, The Guardian admitted the western mass media simply had slandered Russia. The stadium was flooded on 16 July after a heavy rain and is unable to host football competitions. Photo: gg34.ru

A series of alarming news is coming from several 2018 WC stadiums. There are still negotiations between Krylya Sovetov and lessees of Samara Arena. It's said the Samara club can't find money to play at the new beautiful stadium, so the local government has joined the talks.

The situation with Rostov Arena is far worse. Rostov FC can't refuse to pay €12 million to lease the new stadium and go back to Olimp-2, which costs only €400,000. Arkady Dvorkovich joined to solve the problem and made sure Rostov would find the money to play at the latest stadium.

However, this is all local problems in comparison with the catastrophe of Volgograd Arena. The stadium was flooded on 16 July after a heavy rain and is unable to host football competitions. Rotor seems to have to start the new season in the Football National League at old Zenit stadium with a capacity of 5,000 spectators.