The appearance of the national team of Serbia among the 32 teams at the World Cup in Russia has become the second case in contemporaneous history when this country reached the final part of the tournament. The first time the Serbs participated in the WC was in SAR where they were fourth in the group. Before them, there was a united team of Serbia and Montenegro with their neighbours in Yugoslavia. The collective also had the time to participate in world cups but ended the campaign with three defeats with a total score of 2-10.

The Serbians qualified for Russia in a group that didn't have a favourite. Wales, Austria and Ireland became the main candidates for reaching the final part of the World Cup in the end. But Slavoljub Muslin's players' confident game allowed the Serbs to be among the future participants of the Russian WC. The victory over the national team of Georgia where the only goal of Aleksandar Prijović determined the result of the meeting was decisive. In the situation with Serbia, the figure of the head coach causes special interest. Slavoljub Muslin who is well-known to Russian fans ruled the national team during the whole qualification stage for the World Cup. The team finally managed to become united and solve all problems inside the collective under him. However, it turned out later Muslin was almost the organiser of all machinations with seats in the national team, and the Football Federation of Serbia had to refuse his services. In the end, Mladen Krstajić, main assistant of the former coach of the squad, will bring the Serbian team to Russia now.

Two midfielders at once can be called the leaders of Serbia. Nemanja Matić and Sergej Milinković-Savić are the main tools of action in the current squad of Serbia. The maintenance of balance between the defence and attack as well as work with the ball are on their shoulders. This couple should become a real discovery at the World Cup where the Serbians will oppose Costa Rica, Switzerland and Brazil. 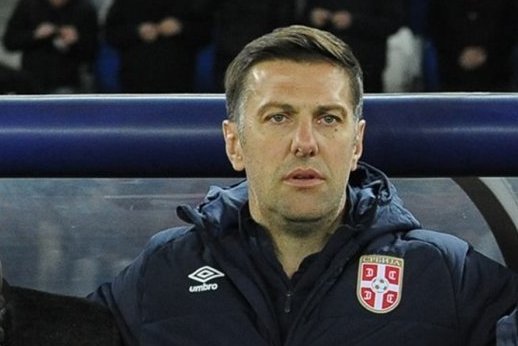 The first two matches can be enough for Serbia to progress from the group. At the same time, the games are far from each other. The Serbians will play the first match against Costa Rica in Samara and appear against Switzerland on the pitch at the Kaliningrad stadium five days later. So the choice of Kaliningrad as a location of the national team looks quite logical. Moreover, Serbia will have the decisive battle against Brazil in Moscow, which is also a positive moment.