Miss Tatarstan will certainly not have such women as Kim Kardashian

Vyacheslav Zaitsev and Timur Rodriguez will become honourable guests of Miss Tatarstan jubilee contest that will be on 24 January. Winners of the previous 20 years are expected at the ceremony, organisers of both Miss Tatarstan and 2016 Miss Kazan contests told about it. The journalists were interested more in money, sexual scandals and intellect of competitors. Realnoe Vremya tells the details.

The 20 th Miss Tatarstan contest will take place this year, and the organisers have to answer the same questions about the essence of beauty, intellect of competitors and their future as models. But no news is good news, founder of the contest Izolda Sakharova noted at the beginning of the competition. According to her, this year a meeting with winners of previous years who are already successful models or wives and mums will be a surprise of the contest.

''The main task is to make the contest topical and corresponding to the outlook on fashion shows. We try to make real everything. We orient to people in the hall, not a picture for TV and magazines,'' unchangeable director of the show and its presenter Mikhail Volkonadsky said.

Victoria's Secret is the show the organisers look at. Of course, the Tatarstan competition is far from having such budgets. It doesn't have even such budgets that Miss Russia, Miss Volga are held for. This is why a joke about a journalist who became one of the competitors and knew that the crown cost €37,000 became popular at the press conference.

''With such money, we will be able to hold the contest for about 10 years,'' Mikhail Volkonadsky said and invited 'such journalists' to turn to the director.

But he told especially for the media it was a joke. Neither he nor Izolda Sakharova know such a cost sheer. Izolda Sakharova says the budget consist of support of the Tatarstan government, Kazan City Administration and money of Miss Tatarstan that has a studio for boys and girls and MT Models agency that work on a commercial basis. The competition has many partners, the organisers noted, but they work with Miss Tatarstan mainly in a system of barter, they don't sponsor cash. 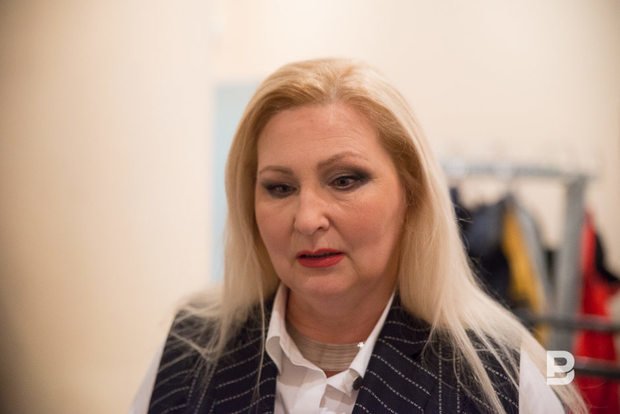 Izolda Sakharova says the budget consist of support of the Tatarstan government, Kazan City Administration and money of Miss Tatarstan that has a studio for boys and girls and MT Models agency

Nevertheless, the level of the Tatarstan contest is considered very high in Russia, the organisers claim.

''We try to comply with requirements and show what has never been shown in Kazan and Tatarstan or what has just appeared. It's probably not modest to say, but we set trends. Sometimes they're understandable for professionals only. University Beauty contest appeared thanks to Miss Tatarstan. We helped them with the organisation, and then they spread in cities. It was very decent,'' Volkonadsky told.

''I'm very glad that even those whom we haven't heard about write about us. I even didn't know what these letters meant. I knew after googling,'' the organiser of the competition said. ''Now I will avoid such costumes, of course. But one should be careful about colours: sky-blue can't be used, rosy – very carefully, rainbow colours can't be used in kids' costumes, too. You can see bad things if you want. If there are talks, and it concerns somebody, it is probably good. We learn, broaden our mind. Scandals are everywhere: in politics, business, culture. And as girls are beautiful, there will always be talks about them.''

''They have problems with it. They are so confused: boys with girls, boys with boys, girls with girls. And they will also notice something in this year's competition. And we will maybe find new things. I send them warm greetings!'' The level of the Tatarstan contest is considered very high in Russia, the organisers claim

There is no worldwide regulation about what costumes participants should have on in the competition. This is why the perception of what they wear depends on spectators' mind, Volkonadsky noted.

But always there are those who want to discuss the topic of competitors' intellect, what happened this time as well. The organisers' answers were usual – beauty is both mind and charisma, empty eyes are always seen, the intellectual level grows year after year.

''Girls are at a loss sometimes, they are nervous, imagine yourself in their place,'' Izolda Sakharova rightly noticed.

Competitors know whether they reach the next stage 3-4 minutes before intellectual competition, nobody prepares for it,'' Miss Tatarstan-2017 Zulfiya Sharafeyeva who was at the press conference confirmed.

As for the scandalous background of all competitions – sexual scandals – the organisers didn't argue, many projects have such a background. Miss Tatarstan is favourably different from them, they said. People continue living with stereotypes, while there is another professional area for sexual scandals. And Izolda Sakharova stopped any possibility for the appearance of sexual scandals in her competition a long time ago, Zulfiya Sharafeyeva stated.

''Miss Tatarstan competition has an educational function. Izolda Sakharova is a kind person, she's not selfish, she doesn't calculate a situation. This is why girls trust the competition. This is why there are no sexual scandals. When I came 10 years ago, I saw no hint,'' Mikhail Volkonadsky said. By the way, as for its educational function. Answering the question whether a plump woman like Kim Kardashian become a participant of the competition because even designers note a trend for changing ideas of beauty, for instance, Aleksandr Terekhov, its organisers mentioned it. Izolda Sakharova didn't like the mention of the Moscow artist, she doesn't consider him a fashion expert. Mikhail Volkonadsky answered the mention of Kim Kardashian. He was categorical:

''Miss Tatarstan will certainly not have such women as Kim Kardashian. Not because of her shapes but her head. Catwalk can be given to everyone, but this road to farce is a road to nowhere,'' he noted.

Then the organisers and winners of the competition explained their view with more evidence.

Catwalk and beauty contest are completely different things, and they shouldn't be confused, Zulfiya Sharafeyeva explained. Not beautiful but girls who inspire a designer can be at a catwalk, while a beauty contest is an orientation for girls who need to see young healthy people, and young girls without bad habits who lead a healthy lifestyle are always slim and fit, Izolda Sakharova concluded.

The competition of young and slim girls will be in Kazan in Pyramid Culture and Leisure Complex on 24 January. The organisers urged to come and make sure it will be an honest beautiful show.