The voting of the project Great Names of Russia was to end on 30 November. According to its results, big airports of the country will be ''personified'', that's to say, will be named after famous people. Ex-Deputy Minister of Civil Aviation of USSR Oleg Smirnov told Realnoe Vremya about the importance of this initiative and big drawbacks of the contest.

Mr Smirnov, as a professional pilot and ex-civil aviation deputy minister, how do you assess the necessity of naming airports after outstanding people?

This idea didn't come out without reason: airports bearing someone's name is a widely spread world practice. It's enough to see that it's actively applied in the number one aviation power – the USA. As the USA is a great aviation power, it's logical the country's airports are named after great people, that's to say, those who adorn it and influence the whole world. Who are offered to name airports of our country? I see there are great names too, same Mendeleyev, Korolyov. These names are known worldwide, and airports certainly should be named after them. Aircraft designers Tupolev (40 countries flew and still fly on his planes), Ilyushin, Yakovlev. They also made the country famous.

Why is it important that an airport bear a famous person's name?

Look, if you ask the youth about Dmitry Mendeleyev or, for instance, our great writers, many youngsters will shrug their shoulders. They don't know them because the same TV, first of all, turned the youth into zombies for many years by crossing out and changing the same Soviet history and saying it had only bad things. But it's strange – the world stills applauses to many Soviet names, while all Soviet things became bad for some of our channels. This is why airport renaming is an important step to make the youth remember these names! For instance, the USA. They named the New York airport after Kennedy because both they and the world consider him great – he prevented a world nuclear war together with Khruschyov. In addition, the USA also understood at a moment their youth also started to forget history and they needed to fix the situation.

But it's important to mention another thing here. It's a pity the Federal Agency for Air Transport was excluded from the renaming campaign. Due to it, the organisers don't know aviation history well. For example, I'd name Vnukovo airport not after those who were chosen to vote for (Editor's Note: Korolyov, Tupolev, Tsiolkovsky) but after Aleksey Kosygin (Editor's Note: chairman of the Council of Ministers of the USSR in 1964-1980). But ask a youngster who it is, and he will shrug his shoulders and say it's a musician or something similar. Kosygin was a great government chairman. Now it takes 15 minutes for many Moscow citizens to get to Vnukovo, while the idea to lay a road to Vnukovo and the idea to fly with the latest planes only from Vnukovo belonged to him. 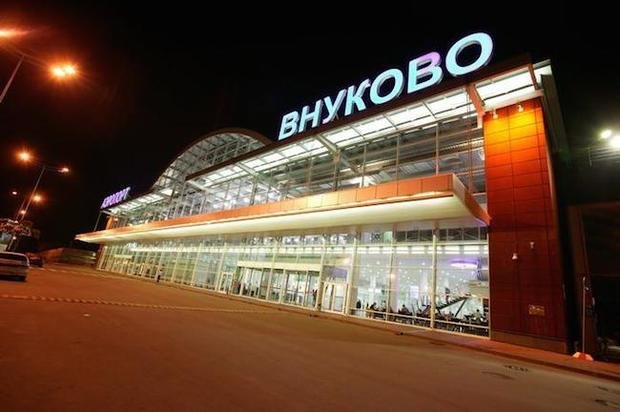 ''Kosygin was a great government chairman. Now it takes 15 minutes for many Moscow citizens to get to Vnukovo, while the idea to lay a road to Vnukovo and the idea to fly with the latest planes only from Vnukovo belonged to him.'' Photo: ato.ru

''This contest was made up in cabinets where incompetent people sit, who know neither our country's history nor how airports must be named''

On the one hand, Kosygin is a historical character. At the same time, he's too political. Perhaps this is why he wasn't chosen in the top 3 candidates. What should we do when renaming airports after politicians? To name facilities in whose appearance they were directly involved after them?

Those politicians who, first of all, put effort to develop the country and develop aviation should deserve to be chosen. I don't see such people among post-Soviet politicians, at least because our aviation hasn't reached the volume of traffic in 1990, at least because we aren't manufacturing as many Russian products as we did until 1991.

Speaking about politicians. Have there been any worthy candidates since 1917?

Only Lenin, I think. It's a figure that turned the world upside down. Why did capitalism change around the world? Because Lenin appeared.

Which city should bear his name? Moscow? Saint Petersburg? Maybe Kazan where he studied?

There's no point in saying it because the Federal Agency for Air Transport was excluded, and locals already decide everything.

Your position on politicians is clear. Talking about people from your world, aviation, which airports should logically name after them? Any airports or the places they were born in? For instance, Tupolev wasn't born in Kazan, while his name is among the candidates.

If a famous person from the aviation or aircraft engineering world was born or lived in a city with a big airport or made the first professional steps in a city (like Gagarin in Orenburg), it's fine to rename. But the issue in each case must be considered individually. And not the individuality is the most important thing, this person must be known worldwide! If the whole world still plays and listens to Tchaikovsky, does it matter where the airport with his name will be? ''If a famous person from the aviation or aircraft engineering world was born or lived in a city with a big airport or made the first professional steps in a city (like Gagarin in Orenburg), it's fine to rename. But the issue in each case must be considered individually.'' Photo: Maksim Platonov

Perhaps, some worldwide known people wouldn't need any public voting, it would be enough to make a decision at the top. Same Tupolev, Tchaikovsky, Korolyov.

If the Federal Agency for Air Transport joined the renaming process, it would be this way because many professionals work there. Who offered the name of Kosygin for Vnukovo? It wasn't me, as you'd think, but Vnukovo's former director who is above 90 years and worked with Kosygin. Just several days ago he told me enthusiastically what Kosygin did for the Vnukovo airport! It was when neither Domodedovo nor Sheremetyevo existed (they opened only in the 60s). The Federal Agency for Air Transport would professionally join this renaming mess. But it didn't happen, this is why there are problems of both names and even the number of airports (we have 220 big airports, but only 50 were chosen for renaming. Why is there such a division?). I think this contest was made up in cabinets where incompetent people sit, who know neither our country's history nor how airports must be named.

''We can see wrong decisions in the final voting''

But we already see strong objections concerning some worldwide known people, for instance, Immanuel Kant whose name might be given to the airport in Kaliningrad. Some don't like that the great philosopher is German, not Russian. What will you say about it?

I think if Kant holds the lead because of the Kaliningrad citizens' will, it should be supported. It seems that those who are against the Kant airport have never been to Kaliningrad. If they have been there, they would understand this city is soaked with Kant. Another thing should concern the same functionaries – that only one in a thousand youngsters knows who Kant is. Functionaries don't understand if Kant is chosen, it will be great, moreover, his oeuvre is still topical.

Which solution would be correct when it becomes a scandal like Gareyev and Karim in Ufa or Letov in Omsk? Tatarstan citizens are against the Begishevo airport where officials of the harbour support Mendeleyev, while officials of Nizhnekamsk support Lemayev.

I respect same Karim and Gareyev, and they probably did a lot for Bashkiria. But it's not worldwide known people. It's not bad that national heroes are offered for voting. But if there is a big scandal, worldwide known figures linked with the region should have been chosen. For instance, Rudolf Nuriyev. And the problem will be solved, fairly solved. Digging deeper, one can find tens of worldwide known people for any city!

I don't know how it works in other countries. But our society needs orientation in many affairs. If the society of your republic, Bashkiria, Omsk Oblast, other regions and cities had read our talk, I think they would have made a correct decision on the voting in the end. But they don't know about the factor of the worldwide known person. It's impossible to solve the problem correctly – such an issue doesn't permit haste. 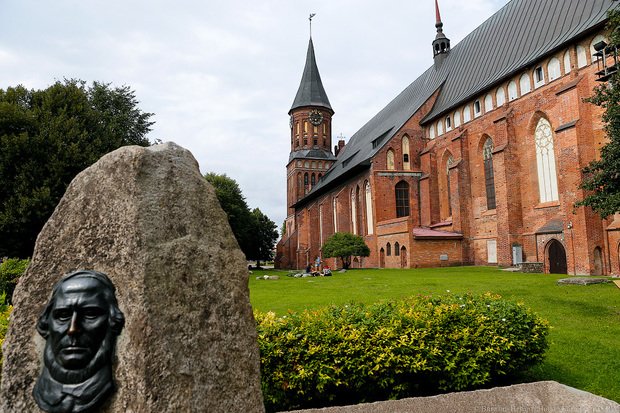 ''It seems that those who are against the Kant airport have never been to Kaliningrad. If they have been there, they would understand this city is soaked with Kant.'' Photo: newkaliningrad.ru

What can you say about involving the administration in this contest?

It will be disgusting if it happens everywhere – a good idea, therefore, will be trampled and, sorry, turn into rubbish. The contest's idea was explained correctly – only society must choose a name for an airport. But whatever can happen in Russia, in fact! (laughing).

But our society not everywhere was oriented in a due way when it comes to voting. And if you receive information about administration, can we say we'll see unclear voting results?

As the airport renaming hasn't been discussed with the public, the media and invited experts in the country's history, we can see wrong decisions in the final voting. And these decisions probably not only won't adorn a city but also play a negative role in people's attitude.