Leroy Merlin, opening 20 stores a year, is the main candidate for the premises of the UK investor, who has announced its withdrawal from Russia

Castorama has announced its withdrawal from Russia, explaining the decision to focus on business development in the countries where the network occupies a more impressive part of the market. Meanwhile, it remains unclear which withdrawal scenario the company will choose. Experts believe that, most likely, it is going to sale the Russian business as a whole or in parts. Leroy Merlin is named to be a possible buyer. Read the details in the material of Realnoe Vremya.

''We are leaving Russia''

Kingfisher, managing the retail chain Castorama, has officially announced the decision to exit three countries — Russia, Spain and Portugal. Kingfisher CEO Véronique Laury explained the reason by the desire to focus on business in the countries where they operate more successfully.

''We are committed to our plan and to building a strong business for the long-term. As part of this commitment, we have taken the decision to exit Russia, Spain and Portugal. This will allow us to apply our strategy with more focus and efficiency in our main markets where we have, or can reach, a market leading position and create good homes by making home improvement accessible for everyone,'' Kingfisher CEO Véronique Laury stated.

According to her, transformation on this scale is tough, and it is becoming increasingly difficult to change and work in a retail environment. At the same time, Laury noted that the company would try to develop business in France. Kingfisher CEO Véronique Laury explained the reason by the desire to focus on business in the countries where they operate more successfully. Photo: kremlin.ru

''Our action plan is now implemented for this year. We have accelerated our move to an everyday low price strategy and have launched a new marketing campaign to make it visible to our customers, however there is no quick fix,'' Laury lamented.

The correspondent of Realnoe Vremya tried to contact the Moscow office of Castorama, but it seems that here the news was an unpleasant surprise. The representative of the company said that he knew only what Véronique Laury officially said, and nothing about the exit strategy.

''There are few Castorama stores in the regions''

As it is known, in Russia Castorama chain includes 21 stores, and six stores are located in Moscow and in Moscow Oblast. The rest are scattered throughout the country and are located in St. Petersburg, Kazan, Samara, Saratov, Perm, Krasnodar and other cities. Among the competitors of the company in Russia they name DIY Leroy Merlin, OBI, Petrovich. At the same time, Castorama had a small market share in Russia. According to Infoline estimates, about 3%.

The exit of Castorama seems to be illogical especially if we consider that the store in Kazan has operated only less than a year after its opening. It is interesting that the retailer tried to conquer the Tatarstan market in 2005-2006, but then the opening of the store was shelved. This possibility was raised again in 2015, when President of Tatarstan Rustam Minnikhanov made a relevant proposal to director for property and business development in Russia at Castorama, Michel Shez, at an investment forum in Sochi. The store in Kazan has operated only less than a year after its opening. Photo: Maksim Platonov

Almost immediately, the Investment Development Agency under the leadership of Talia Minullina began to look for a site. The store was built next to Mega. At the opening of Castorama in Kazan, Taliya Minullina said that the volume of investments amounted to 1,5 billion rubles and 200 jobs were created.

The experts we interviewed believe that one of the reasons for Castorama's exit is just miscalculations when working in the regions.

''The specifics of Castorama is that it has a good number of stores in Moscow Oblast, but in the regions there are few of them. For example, in St. Petersburg there are two stores — it is very inefficient because the advertising campaign at the regional level will be too expensive to promote only two stores. But how to develop without an advertising campaign? One of the disadvantages of Castorama is that their regional expansion was too wide and did not concentrate in strategic regions, that is, they opened stores from Yekaterinburg, Kazan to St. Petersburg. Thus, they have diluted themselves in the regions of presence,'' Ivan Fedyakov said.

As a positive example, he cited the retail chain Petrovich in St. Petersburg, which has just relatively recently entered Moscow, and its expansion in other regions is being under discussion just now. Leroy Merlin is named to be a possible buyer. Photo: Dmitry Semyagin

Two exit scenarios: to sell in parts or as a whole?

It is clear that a large network that has invested billions of dollars in the business cannot exit in one day, just hanging locks on the doors of the stores. The first and perhaps the most obvious scenario is the sale of stores to another large DIY chain. Experts call French Leroy Merlin as a possible buyer.

''Theoretically, Leroy Merlin can purchase them, if there are no intersections in the locations of stores. Or Leroy Merlin can buy a part to boost the business because Leroy has voiced quite serious plans. In principle, in the part of locations, which I know, there are no intersections. The same Castorama will try to sell with a premium. First, there are wishes to sell more expensive. If it is already decided to exit and there is no desire to bear the costs, companies tend to become more contractual. We can only guess. The final version will be known a little later,'' says Andrey Karpov.

Ivan Fedyakov also sees Leroy Merlin as a potential buyer of Castorama chain, but makes a reservation that the deal may be opposed by anti-monopolists:

''The decision to leave is unexpected, only if we do not hear tomorrow about the sale of these objects to someone. I'm at a loss to tell to whom. In Spain, Leroy definitely cannot buy, because the antimonopoly service will prevent it. I think in Russia, after this deal, Leroy may also have problems with anti-monopolists, because even after the purchase of K-Rauta they had questions. They are unlikely to be allowed a second large network. Americans will definitely not enter there, they are not interested in the European market,'' the expert notes.

We failed to get a comment from Leroy Merlin at the time of publication.

The second possible scenario of exit from Russia is the sale of Russian stores in parts. But this option is less preferable for the owner of the chain.

''They're closing the stores even in the UK''

The reasons for Castorama's exit from the Russian market are rather vague, but experts believe that the decision is unlikely to be associated with sanctions or deterioration of the relations between Russia and the UK. 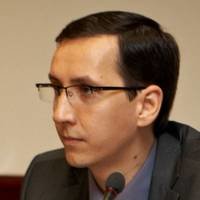 ''In my understanding, to a greater extent it was mistakes, mistakes of Castorama, and to a lesser extent — market problems or geopolitical risk. Probably, they got tired to fight and decided that it is better to fix losses at this level, than to continue to generate them,'' Director General of InfoLine Ivan Fedyakov assumes.

He draws attention to the fact that the company is exiting not only Russia, but also Portugal and Spain, where there are no problems with sanctions.

''In this story, they write that they will focus on the regions where they are present and where they are leaders. Yes, they are the leaders in the UK. But despite this, they are closing the stores even in the UK,'' says Fedyakov. He recalls how at a conference Kingfisher management explained the closure of the stores by the fact that there are too many of them.

President of the Russian Association of Retail Market Experts Andrey Karpov believes that Castorama in Russia was less recognizable among other major players in the DIY market. 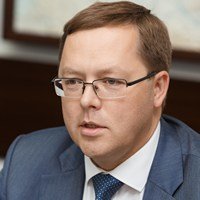 ''It is often difficult for European companies to compete in those countries where they do not have a dominant position,because they have a certain mentality when they expect more favourable prices, for example. But their position in Europe does not give them any additional opportunities in another country, including Russia. Once the French food chain Carrefour went to Russia, opened three or four stores, while Auchan had more than 50 of them there. Carrefour tried to get cheaper prices from suppliers, citing the fact that they are the number one company in Europe. They were told that when you were the number one company, like Auchan, for example, 'we will give you better prices,'' the expert recalls.

At the same time, he highlighted that major players tend to assess risks, compare profits in different countries. At the same time, the country's economy plays a role. As an example, he cites Metro chain, which at one time was also considering different options, sold the hypermarkets Real.

''If there are no particularly much prospects, it makes sense to refuse some stores. I would not be surprised if Metro exits the Russian market in the next six months, because there is a question of prospects for further development in our market.''