''If the second wave of sanctions will significantly affect the economy, we will see 80-82 rubles per dollar''

The ruble is cheapening amid the departure of foreign investors. Expensive oil doesn’t support it any more

The dollar rate has crossed the psychological bar of 70 rubles on Monday, while the euro has been more than 80 rubles since late last week. The situation in developing markets and sanctions that made investors run away from the bond market disrupt the Russian currency's positions. Meanwhile, Russian authorities claim it's high time to sell dollar in favour of the ruble. Realnoe Vremya tells the details.

Buy when others are fearful

August wasn't the most successful month for the ruble. But it turned out September isn't better. The weakening goes on. Moreover, the rate has reached the bottom line, which it just approached last week.

On Monday, 10 September, the ruble lost over 80 kopeks against the dollar and almost 60 kopeks against the ruble. So the dollar reached 70,3 rubles by the end of the day. The all-European currency crossed the psychological threshold of 80 rubles late last week already and cost 81,17 on Monday evening. The dollar added 3% from the beginning of the last week to 10 September inclusive; the rise from early August is 11,9%; the euro rose by 2,7% and 10,7% for the same period respectively.

Meanwhile, in an interview with Business FM on 11 September, head of the Ministry of Economic Development Maksim Oreshkin advised selling dollar and purchase ruble (Turkish President Recep Erdoğan urged to support lira in the same way). ''You know Warren Buffett's famous quote: buy when others are fearful,'' Oreshkin claimed. Mainly sanctions – both current and potential which make foreign investors leave the market of OFZ (federal loan bonds) – deteriorate the Russian currency's positions. The mass escape began in the spring after the USA announced the next stage of sanctions and still goes on. The share non-residents of OFZ bond holders reduced from 34,5% in April to almost a 1,5-year low – 28% as from 1 August.

The last attempts to issue OFZ bonds failed. ''Due to the suddenly grown volatility of financial markets, the Russian Ministry of Finance cancelled an auction, which was to be on 22 August. The ministry took a pause until 5 September, however, the new auction also proved unsuccessful – the Ministry of Finance couldn't attract planned 15 billion rubles and recognised the auction failed.

The external negativism, which conquered markets of developing countries is also against the ruble. The national currencies of Turkey, Indonesia, India, Argentina, SAR have been under pressure in recent time.

Finance Minister Anton Siluanov said he didn't see risks in the departure of foreigners from the bond market. Nevertheless, the situation doesn't favour the Ministry of Finance at the moment. The RGBI fall from 139,67 points in early August to 130,52 on 10 September.

Experts note that investors aren't ready to purchase federal bonds on previous conditions amid sanction-related nervousness. Now they are asking for the award. Last week, the profitability of 10-year-old OFZ bonds exceeded 9%, though it didn't reach 8% in August. The situation with bonds with other expiration date is similar. 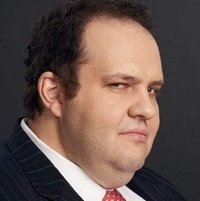 ''The Ministry of Finance is unlikely to agree to sell federal bonds with higher profitability – the budget doesn't need money very much now. If the situation gets too bad, it's not excluded that a moratorium on placement will be introduced. Then everything will be possible. It would also be reasonable to have a programme to buy the bonds out,'' thinks Expert RA chief economist Anton Tabakh.

RANEPA docent, microeconomic adviser of Otkritie Broker's director general Sergey Khestanov agrees with him: ''In general, there is no dire need to attract money right now when, to put it mildly, the situation isn't the best. Considering that the budget is in surplus, it's easier to take a pause and wait until the situation cools down. It's irrational to place something in such a market. As experience shows, reverse fluctuations follow any price fluctuations. Panic usually doesn't last for long, and profitability returns to fundamentally predetermined values sooner or later.''

As for the ruble's perspectives, it's complicated to forecast them, as it's unclear how the situation with sanctions will develop.

''There are several different processes that have met at one point now,'' says Tabakh. ''There is pressure on countries with developing markets – Turkey, Argentina and several others. Russia, in general, is ready for it. It will shock but then bounce back. Secondly, it's sanctions. Their rigidity degree is unpredictable. In general, there is nothing to concern about with current oil prices. But in life, some not very sensible actions of regulators can worsen everything. This is why yes, there will be a shock, what will happen next depends on the situation.'' 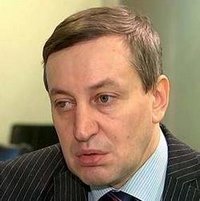 According to Khestanov, the ruble has recently almost lost connection with oil – its positions are more dependent on market moods. For this reason, the forecasts ''dollar for 55'' and ''dollar for 80'' can be considered equally sceptically.

''A psychological factor influences the currency rate most now – fears of sanctions, the uncertainty linked with it. We can make up two scenarios. We can presuppose the sanction pressure will at least soften, then the dollar can quite possibly recover and reach 58 rubles, and if oil remains expensive, it will total 55. If the second wave of sanctions will significantly affect the Russian economy, we will easily see 80-82 rubles per dollar.''

There is such polarity in estimates, Khestanov explains, because psychology has taken the lead. The market's reaction is determined today mainly by politicians' statements. ''You understand that even Congress members won't dare to responsibly forecast Mr Trump's statements. The truth is usually between polar forecasts. Its exact position will depend on how rigid the sanctions will be in fact,'' Khestanov notes.