Not by bread alone: more expensive grain to raise prices for bread products

A higher price for wheat brought to a rise in flour prices, which can affect the price tag of bakery products and pasta

Grain is becoming more expensive in Russia and Tatarstan in particular, as well as flour as a consequence. Experts forecast prices for both bread and pasta can rise by October for this reason. Tatarstan enterprises already feel the dynamics of the growth in price for the raw material but restrain retail prices at the moment. At the same time, the chairman of the Association of Farmers and Farmsteads of Tatarstan notes last year's decrease in wheat prices didn't benefit the consumers, while the rise can affect. In his opinion, pricing for agricultural products in general, not only bread, are unsolved problems. Realnoe Vremya tells the details.

A rise in retail prices for bread is forecasted in Russia. They can increase to 10% by October, says Izvestiya. A reduction of grain yield is stated both across the country and Tatarstan in particular. It was said in the middle of August that the republic's average yield totalled 26,4 quintals per hectare, while last year it was 35,9 quintals per hectare.

The Federal Anti-Monopoly Service is already interested in the 10% price rise. FAS Deputy Director Andrey Tsyganov claimed if the forecast was true, they'd check why prices were growing. 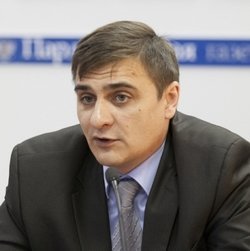 Dmitry Vostrikov, executive director of Rusprodsoyuz association notes that average wheat prices have grown today due to the rise in the dollar rate and the reduction of world forecasts about world wheat production.

''Today the 3 rd class wheat shipping price is about 12,000 rubles per tonne, while it cost about 9,000 rubles per tonne one year ago. After the prices for the food grain, prices for flour, which is raw material for bakeries and pasta makers, began to grow. These tendencies can't help but affect the change in price for bread products if the regulatory resource doesn't interfere. Some enterprises already have to send retail chains a new price list for products,'' Vostrikov comments.

Nevertheless, despite the forecast for the price growth, the speaker says that market players will try to make the transition as painless as possible.

''Considering the population's low purchasing power and its not growing income, market players will try to make the transition to a new price as comfortable as possible for the consumer. The change of the retail price for bread products will be different: the price for social bread is unlikely to change or the change will be insignificant, there will be growth from up to a unit to tens of per cent for other types of products in this category. Considering the quite long process of agreement, purchasers won't be able to see the changes on the shelf earlier than October,'' supposes the executive director of Rusprodsoyuz association.

Pasta is next after bread?

Specifying, Dmitry Vostrikov explained to our readers the connection of the dollar rate with grain prices.

''Wheat is a traditionally grown plant in Russia. And many people can't understand why its prices depend on the dollar rate. Wheat is an exchange commodity whose price depends on the product's price at the Chicago Mercantile Exchange and how export will be necessary and profitable. In addition, the import component influences the product's prime cost: food ingredients, imported equipment maintenance and so on,'' says the speaker.

He calls the current grain prices in this market situation logical. By the way, together with a possible growth in retail prices for bread, the price for pasta products can also start going up. Photo: lubimy-dom-anapa.ru

''Later the price dynamics will depend on the product's price at the Chicago Mercantile Exchange and how export will be necessary and profitable, what regulators will do in this respect. The mechanism of grain interventions as the expansion of the offer to the wheat market to reduce prices, the imposition of duties on experts and the complete export ban is known,'' comments the executive director of Rusprodsoyuz association.

By the way, together with a possible growth in retail prices for bread, the price for pasta products can also start going up.

''The share of flour in pasta's prime cost can reach 80%. Flour whose shipping price has already risen from 15 to 16-16,5 rubles per kg is also becoming expensive today after grain prices. By our forecasts, the growth might reach 18-18,5 rubles per kg by the middle of the month. These dynamics can also affect the product's end price. However, here it's necessary to keep in mind what further steps will be made by regulators,'' says the speaker.

Entrepreneurs not glad about prices

The Tatarstan Union of Bread Makers explained to Realnoe Vremya that the organisation's chairman Ildar Nikiforov was on a holiday and they wouldn't be able to quickly comment on the situation.

Director General of Bakery and Pastry Bakery PJSC Bulat Kutdusov doesn't comment the possible rise in bread prices yet but notes but the grain price has risen in the country. 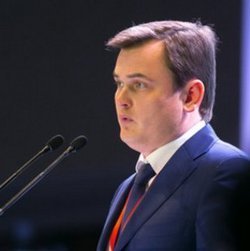 ''In general, the grain market in Russia in general has increased – the growth is 20-25%. In this respect, we forecast if our prices for imported raw material increase, we will also have to change prices. At the moment nobody knows for sure how it will look.''

The newspaper's interlocutor didn't say why this was happening but presupposed that attempts to increase raw material manufacturing companies' low income could influence the prices besides the low harvest.

According to Director General of Zhar-Svezhar chain of bakeries in Tatarstan Irek Galiyev, the supplier told them flour would rise from 18,60 to 19 rubles per kilogram soon.

''In addition, the dollar is growing. This means other ingredients will also rise in price,'' the entrepreneur states.

They aren't going to increase the product's price if the price fluctuation is up to 50%. But if it rises much more, this will affect the price tag.

''We've increased prices for some products only,'' says Galiyev. He notes that not only the price for flour but also other ingredients are growing, including meat has been more expensive. They have restrained them for the purchaser by reducing income.

Chairman of the Association of Farmers and Farmsteads of Tatarstan Kamiyar Baytemirov reminded in a talk with Realnoe Vremya's correspondent that the grain's low price didn't affect the retail price for bread last year, while a higher price can. However, milk prices didn't fall in an analogous situation. In the newspaper's interlocutor's opinion, it's a reason for state agencies to think about regulating the market, so that the consumer won't pay for this in the end.

''I want to put last year's example when we had a lot of grain, prices fell, but nobody supported the reduction of bread prices because wheat turned out cheaper than its prime cost. Processors and traders who buy the raw material from farmers make purchasers dependent again.'' At the same time, he notes that volumes of wheat in Tatarstan needed to bake bread have remained at last year's level. According to Kamiyar Baytemirov, farmers, in general, are against higher bread prices but at the same time, they think the state should regulate the price of socially important products.

''I think it's unsolved problems of pricing for agricultural products in general, not only bread,'' the newspaper's interlocutor comments.

According to preliminary estimates, the harvest in the republic is to be completed this week, says Baytemirov. Then it will be possible to calculate what Tatarstan has this agricultural season. The Tatarstan Ministry of Agriculture replied to Realnoe Vremya's request saying they weren't commenting on higher bread prices at the moment.