Car not a luxury? A rise in price of gasoline restrained in Russia, but gas prices inflated

The cost of natural gas motor fuel has increased by almost a quarter since May, experts are wondering why anti-monopolists are being idle

After the intervention of the authorities, a sharp rise in the price for gasoline in Russia was slowed down. Since May, the popular brands – 92nd and 95th — have grown by only 5%, while sellers of natural gas motor fuel, it seems, did not restrain appetites — their product has risen by as much as 20%. What is the reason and when we can expect the second wave of fuel fever — read more in the material of Realnoe Vremya.

Realnoe Vremya analytical department continues to analyse the prices at filling stations in the cities of the Volga Federal District. Over the past three months, the statistics have shown surprising results. As promised in the government, after the agreement with major oil companies, they slowed the sharp rise in gasoline prices in response to the promise not to increase fuel excise duties. Since May, the average prices for popular brands in the district have increased by only 5% — from 38,66 to 40,66 rubles per litere of 92nd and from 41,25 to 43,51 rubles per litre of 95th.

However, the situation with natural gas motor fuel is being the opposite. During the same period, the average prices jumped by more than 21%. The situation is similar in all cities of the Volga region. For example, in Kazan the cost of gas at filling stations increased from 18,50 to 22,50 rubles per cube (+22%) over three months, in Naberezhnye Chelny and Nizhnekamsk the growth was even more — from 17,75 to 22,25 rubles/cube and 22,20 rubles/cube, respectively (+25%), in Almetyevsk — from 18,20 to 21,95 rubles/cube (+21%).

All claims to the FAS 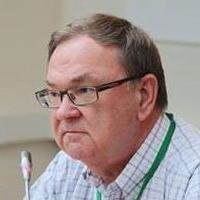 ''The reasons for the increase in the price of gas are unknown because its prices are untied from oil prices — both in Russia and in the world they develop their own way. In our country, there is a market for oil products, but for gas, in general, there is no market — there are regulated prices, Gazprom can neither raise nor lower the cost of the resource. Probably, it's some kind of conscious actions because every month they publish new rates. Therefore, all claims here are to the FAS — they determine the prices,'' analyst of the oil and gas sector, partner of the consulting agency RusEnergy Mikhail Krutikhin says.

''This should not be this way because there is a tariff policy. Honestly, it is news to me. We need to look what could be the reason. I know that there is a part of gas tariffs related to the price of oil — they are tied to the average price for the period. Accordingly, it could affect. If the prices of oil products have been high for a long time, then the gas prices also catch up, but in principle, this should not be globally,'' added Deputy Director of the corporate ratings group ACRA Vasily Tanurkov.

According to Ilgiz Rakhimov, acting head of the department for the sale of oil and oil products of Tatneft JSC, a sharp spring rise in the price of fuel entailed rise in price for gas as well: ''In this case, the more expensive gasoline spurred the demand for gas. The consumption is by 15-20% higher per 100 km than for gasoline. But at the same time, the price is two times lower than that of gasoline. In principle, for motorists it is profitable to use gas so far. Therefore, the demand is growing, there is a small gas shortage, respectively, and prices are rising. I think in the near future they will reach a certain ceiling and stabilize.''

It should be noted that the market of natural gas motor fuel in Tatarstan is not growing as fast as planned. The programme of market development worth about 75 billion rubles for two consecutive years has been recognized as ineffective. Everything rests on a contradiction: gas vehicles are not getting more because of the lack of filling stations, and filling stations are unprofitable due to lack of demand. The monopoly of Gazprom does not help, and the advantages of gas are exaggerated, experts add. ''If they make this trick for the second time, it will be even worse''

As for gasoline, purchase prices have stabilized, said Ilgiz Rakhimov: ''They are changing plus or minus 100-200 rubles, but in general the prices have stabilized. The marginality of the filling station is not the best so far, it does not cover all the costs. But there are no prerequisites that prices will grow so far.''

However, we can not exclude that due to the tax maneuver the situation may change, experts say. The Russian government intends to increase charges from oil and gas companies selling fuel, which can create conditions for uncontrolled rise in the cost of gasoline in the domestic market. In the next five years, there will be a gradual reduction in export duties on oil and oil products to zero, while increasing the tax on mineral extraction (severance tax) for oil. Thus, fiscal fees from the oil sector will grow and the budget will receive additional revenues.

''If you consider mathematically, it is necessary that the price rose by about 2 rubles at the filling stations, taking into account the fact that the excise tax will increase. Therefore, it is impossible to exclude another increase in the cost of gasoline. Everything will depend on how our legislators will address this issue. Of course, we have six months, so I'm not worried. But the marginality of the filling station is close to zero, we try to work in the market, we do not raise prices at filling stations, but there are no prerequisites for a decrease,'' Rakhimov stressed.

Mikhail Krutikhin considers the cessation of a sharp increase in gasoline prices to be ''an artificial suspension''. In his opinion, after the tax maneuver, fuel can again become much more expensive: ''First, it will be very difficult to work for those who do not have exports and production — small oil refineries. The cost of oil products they purchase will significantly increase. Second, the new law on tax maneuver says that the government will be able to impose some additional export duties on oil products and oil through the regulatory procedure. That is, we again see an unstable situation, the tax rules are changed often, several times a year. And in order to be in profit, the sellers of gasoline and diesel fuel need to keep higher prices, so as not to remain at a loss.''

Small players for this reason can leave the market at all. The tax maneuver is more designed for large companies with oil exports. What if ''the government again deceives, like in the previous time with the same maneuver, when they promised to raise the tax on mining and, accordingly, to lower the export duty? But the tax was raised, and the duties were not lowered. If they make such trick for the second time, it will be even worse, the companies will be forced to raise the prices,'' Mikhail Krutikhin said.

Anyway, the tax maneuver cannot raise prices as much as it was in the spring, says Tanurkov: ''It will be stretched for five years.''

''There is a reverse excise tax on oil, which will restrain the prices. Therefore, I think, the tax maneuver in itself is not a strong threat for the price of fuel increase. Actually, the cost of gasoline was growing because there was an increase in oil prices, and the dollar rose in price to the ruble, and all this overlapped. Therefore, I do not think that price containment is artificial today, and oil products were sold at old prices only from storage facilities, prices are gradually being tightened to the level that should be balanced. At the moment, all this has been exhausted by raising the price, and, in principle, I think, now the balance has been restored.''

In the future, the cost of fuel will again depend on oil prices and the ruble exchange rate, the interlocutor added.