'Before the trip to the CAR, Orhan told me that he was shocked by what was happening there'

Impartial bravery and courage: what we remember about the son of Geydar Dzhemal, killed in the CAR

On July 31, it became known about the death of famous Russian journalist specializing in military conflicts Orhan Dzhemal. According to those who was acquainted with him, death was always near Dzhemal. Read the details of what happened in the material of Realnoe Vremya.

Orhan Dzhemal was a well-known Russian journalist specializing in military conflicts. He repeatedly travelled to hot spots around the world. He was in Libya during the overthrow of Gaddafi, where he was wounded in a leg. As reported by Realnoe Vremya, last year together with Muslim blogger Rasul Tavdiryakov he went to Bangladesh to the the Rohingya refugee camp who had fled from the actions of the military of Myanmar. The Russians communicated with the population, provided humanitarian aid. Then they managed to enter Rakhine State in Myanmar, where the oppressed Muslim people live.

Dzhemal also supported various social actions, through which it was possible to draw attention to the problems of the hungry in Africa, people who are under pressure. In particular, he took part in the Hungry Iftar during the Muslim month of Ramadan.

He also visited Tatarstan several times. In Kazan, he held master classes and talked about the history of terrorist organizations, shared his vision of the political situation in the world. He repeatedly acted as an expert of Realnoe Vremya and gave his assessments to the events. Also, in the capital of Tatarstan the journalist participated in the mourning event — the evening in memory of Geydar Dzhemal, a famous thinker, his father. Let us remind that Dzhemal Sr. died at the end of 2016 in Kazakhstan. The outstanding philosopher was buried in the foothills of the Tien Shan. In the capital of Tatarstan the journalist participated in the mourning event — the evening in memory of Geydar Dzhemal, a famous thinker, his father. Photo: Oleg Tikhonov

It became known about the death of Orhan Dzhemal on July 31. At first, it was reported that three Russian citizens were killed in the Central African Republic, two of whom had Russian media press cards. The representative of the president of the CAR said that the bodies of the dead journalists were found by soldiers of the government army.

Then Dozhd channel named the identities of the victims: journalist Orhan Dzhemal, cameraman Kirill Radchenko and film director Alexander Rastorguev. Editor-in-chief of Echo of Moscow Alexey Venediktov confirmed their death. According to preliminary information, in the CAR they filmed a documentary project about the work of PMC Wagner. Local authorities claim that the Russian journalists arrived to Bangui on July 27 and in an SUV went to shoot a series of reports in field conditions. According to some reports, local police demanded from them a bribe for the use of the equipment.

The official representative of the Russian Foreign Ministry, Maria Zakharova, stated that Russian diplomats left for identification, who subsequently witnessed the death of the Russian citizens. At the same time, it was reported that the journalists had no valid editorial certificates.

It was noted that the journalists were stopped at a checkpoint. They were attacked from the ambush on the highway 23 kilometres away from the city of Sibyu. The driver who survived the attack told about it. In this regard, the Investigative Committee of Russia initiated a criminal case under the article ''Murder''.

Experts advanced different versions of the causes of the incident: from a banal robbery to revenge for the death of a local resident and political murder. TASS reported, citing a local radio station, that the Russians could be killed by Séléka forces. News reports say that a group of ten Arabic-speaking people in turbans detained the journalists.

Meanwhile, concerned citizens have launched a flashmob relay race in memory of Orhan Dzhemal on the Internet.

Those who had the opportunity to meet Orhan note his exceptional courage. 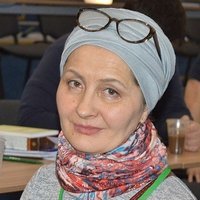 ''He participated as an expert in the school of Muslim leader 'Mahalla 2.2' in 2016 and 'Mahalla 2.3' in 2017. The first time, he was invited to speak about his experience and political views, and last year — as a moderator. In the second meeting, his peculiarity as a very passionate person was especially revealed. As a moderator, he was to be 'equidistant' from all sides, neutral, but he couldn't. I constantly told him, ''Orhan, you are again biased, you should be neutral to all participants and not to take any position.'' It was clear that he was a person who simply couldn't be without his personal opinion, without his attitude, which was usually pronounced. He was interesting due to this, valuable. This is a rarity for today, when we all try to be careful, we do everything with caution. He was natural. And, of course, an intellectual. A very big loss for Russia, the Muslim community. He was still very young and could have done a lot,'' said Rezeda Safiullina-Al Ansi, senior researcher at the resource centre for the development of Islamic education at the KFU.

At the same time, she notes that even at the first meeting she remembered his recklessness and desire to find danger:

''I thought then what the way of life was it — on the brink? Why he was always attracted by dangerous moments? For him, all his life was like a war, and it was a conscious choice. There was a feeling that he was looking for death,'' Safiullina-Al Ansi admitted. 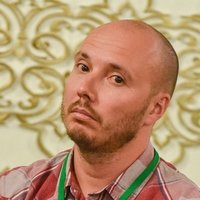 ''Everyone tell about him as a man of unprecedented courage, manhood, but at the same time, he was a very high-minded man, very soft in dealing with friends. If he knew that somewhere near there was a misfortune, he tried to help. He was a walking encyclopedia, I always wondered how he could keep such amounts of information, it was impossible to imagine that everything could be remembered. He was always in opposition to injustice, trying to correct someone's misfortune, even to his own detriment. He was integral, he did not deviate from the principles. He was a war correspondent, he loved war actions, loved extreme sports, he was candidate master to many sports,'' says Aysin.

He notes that death was always near Dzhemal, but this time it found him in the CAR:

''He was in almost every hot spots. Death was close to him in the Donbass, in Libya, it circled around and caught him in the CAR. He was not afraid, he imagined that this could happen to him, he made a heroic, courageous choice. His death is particularly hard for me, he was a close person to me. This is a great loss for all concerned people,'' says Aysin.

Former editor-in-chief of Novaya Gazeta Dmitry Muratov, where Orhan Dzhemal worked, says about the dead journalist as a true professional: 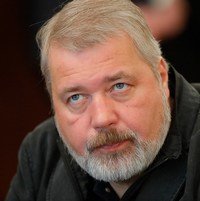 ''Orhan was a professional war correspondent. He was interested in war, like a seismologist in volcanoes. There are events, heroes, characters, courageous actions in a war. After the Georgian war, he complained: all the good things go away quickly, the war is also gone… But it, again, for him was not relishing of murders, he was a very good-natured guy. Faithful, committed, very educated,'' Muratov commented to Realnoe Vremya.

Muslim blogger and columnist for Realnoe Vremya Rasul Tavdiryakov told about his impressions about Orhan: 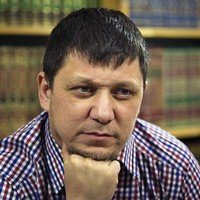 ''The main characteristic feature of Orhan, for which he was appreciated by everyone, is courage, sometimes bordering on madness. He always wanted to go where there was a risk and danger. He was not interested in what concerns the majority of citizens of consumer society. He was a romantic who was beckoned by unknown distances. He was a nihilist who despised all sorts of rules, that is why he loved a war where everyone makes rules to themselves. When we were in Bangladesh in the Rohingya refugee camps, he looked into the distance, into Burma, and his eyes glittered. He wanted to go there, whence the smoke of burning villages of the people of Rohingya was going. He was like a warrior who knew no defeat, and therefore longed for a new battle to win again, and first of all, himself. Orhan then declared to us: either we come on the territory of Burma officially, or he crosses the river and would go there itself. And then we, making a large circle, still entered the territory of Rakhine State and made a report from the thick of things. He later asked us with a feeling of deep satisfaction, ''Well, are you happy?'' Of course, I was very grateful to Orhan for the fact that he literally forced us to agree to go to this violent state,'' Tavdiryakov admitted.

He also has other memories:

''Once in Yangon some local gangsters approached me and tried to push me into backstreet. I somehow repelled them and caught up with Orhan, who, despite the injured leg in Libya, walked very quickly. When I told him about the reason for the delay, Orhan was furious and demanded to return to find these bandits and

to beat them. It took a lot of effort to convince Orhan not to do it and continue to do his journalistic deeds. For Orhan, the principles were important. He said that for him his principles were not an empty sound. When before the trip to the CAR he told me that he read on the Internet and was shocked about what was happening, I knew that it was pointless to dissuade him from the trip. Even if he had been told that there was 100 percent information he would be killed there, he wouldn't retreat and show weakness, it was not in his character. Despite his courage and audacity, Orhan was a very kind man. Orhan was an incredibly erudite person. I do not understand how and where so much information was placed in his head: from history and political science to medicine and quantum mechanics. Orhan also knew the history of the Islamic world and was well versed in some issues of Islamic law, and had his own point of view, often different from conventional one. He loved Africa and often mentioned it in his stories. By the way, one of the reasons for the trip to the CAR he called me the desire to see gorillas, which can be found there not in a zoo, but right on the street. Orhan loved Africa, but Africa did not reciprocate, and he died a shahid death on his land,'' says Tavdiryakov.