All for the front! Defence ministry to register cars of Russians in military department

The bill will primarily concern the owners of domestic SUVs

Car owners in Russia have been shocked by the news about the plans of the Ministry of Defence to register the cars of Russians in the military department — in military situation, the cars can be useful for the needs of the army. The Ministry of Defence of the Russian Federation announced the preparation of the relevant draft bill. Experts have different opinions about the initiative of the military. Meanwhile, this practice is not new for our country. Read the details in the material of Realnoe Vremya.

The news that the cars of Russian citizens are being considered to register in the military department has caught many off guard. As the ministry of defence reported to Izvestia newspaper, a relevant bill has been drafted. Preference will be given to domestic SUVs. Cars will not be used in the fighting, and the owners for their use will be paid a compensation. Cars will be withdrawn from the owners for a while — only during martial law. The press service of the Ministry of Defence of the Russian Federation has not responded to the request of Realnoe Vremya on the details of the bill.

Ordinary car owners reacted very negatively to the initiative of the military: ''Why entering martial law, when they can just take away''; ''you better take away from the deputies, someone saves during all their life, but someone steals and changes them like gloves''; ''Put a mark and not to give with the words 'it is not starting, I do not know why.'' Experts have different opinions about the possible changes: ''It definitely makes no sense to apply the same yardstick to everybody. If only domestic SUVs are registered, it is more or less clear. The cars will be used in the army, but why do they need these measures? Doesn't the army have its own cars? Yes, there was such practice in Soviet times, cars were registered in the military department, but that day is not today. How can private property be forced to be registered? What is more, people will have to pay for it,'' says regional representative of the Car Owners Federation of Russia in the Republic of Tatarstan Ramil Khayrullin.

Despite the fact that in Soviet times a car also belonged to a particular person, the attitude to the property was different:

''It was a big trouble with private property, the attitude was not the same as it is today. They did what the ruling party said to do. If now I had a domestic SUV, I would not like to give it, it is unknown what will happen to the car. Of course, everything but not a war, and if, God forbid, it begins, nobody will care about the cars. Therefore, two feelings are fighting inside of me: on the one hand, for military operations it is necessary, on the other — it is my private property,'' Khayrullin complained.

The expert is ready to offer his solution if the military forces of the Russian Federation actually has not have enough cars, ''Isn't it easier to redirect the whole plant, so that they produce vehicles for the needs of the army? To oblige dealers to supply part of the vehicles so that people are not disturbed?''

Why do we need this?

Mandatory military registration of passenger vehicles in Russia was cancelled about 20 years ago. 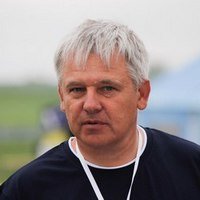 ''In Soviet times, SUVs were really registered in military department. I didn't even understand why it was necessary. If only they pay taxes instead of me, but it is a fantasy. Why on earth would I register my property? Another question is how and where they will use the car,'' head of the Kazan school of higher driving skills Oleg Shatov expressed dissatisfaction with the project of the military.

A source in the Military Commissariat of the Republic of Tatarstan told the correspondent of Realnoe Vremya that he had heard about the proposed changes only from the media so far, the ministry did not notify about the upcoming changes.

It's worth the security of the country

Teacher at Avtoledi driving school Vladimir Kunchy also remembered the Soviet practice. But that time, from his words, the owner of the car had to go to military registration and enlistment office himself.

''The owner of a SUV went to the military enlistment office, there the car was registered, then he applied to the traffic police, where the vehicle was also registered. If he didn't have the stamp about registration in the military department, the car just was not registered in the traffic police. My opinion on this initiative is that it's worth the security of the country. Surely, only certain cars will be subject to registration. No need to panic, the state is not so cruel. In addition, it should be borne in mind that the military then need additional staff to guard the cars. I am sure there will no problems, besides it is only a draft bill,'' Vladimir Kunchy said.