Belgium is one of the oldest European teams, it participated in the first world cup in Uruguay. It is surprising that with such historical involvement the Belgians have not achieved serious results — their highest achievement was the fourth place in 1986.

However, right now this country has the strongest generation of players. Belgium has been qualified for the World Cup quite easily, being among the first teams to book a ticket to Russia. 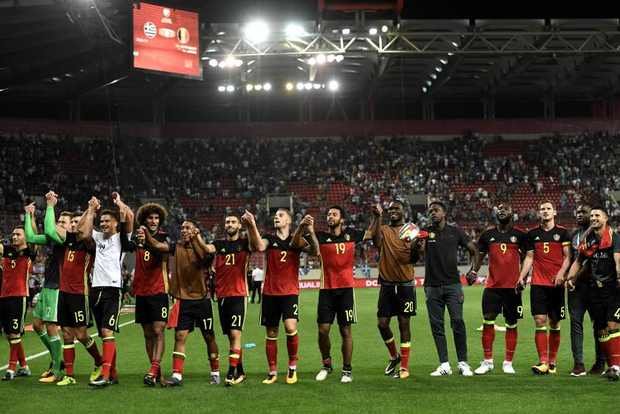 Eden Hazard can be considered the best player of the Belgian team. At least, the English Chelsea midfielder, in the absence of Vincent Kompany, finally took the captain's armband. But he has quite a lot of rivals in this sense — Kevin De Bruyne, Romelu Lukaku, Dries Mertens, Thibaut Courtois… the list goes on. Each of them could become a hero of some country poor in talents.

The head coach of ''the Red Devils'' — Spanish Roberto Martínez, known for his work in English Premier League with Wigan and Everton. Although the specialist has not worked with the national teams before, the team under his leadership won nine victories in ten matches against Greece, Bosnia, Estonia, Cyprus and Gibraltar. Base camps and cities

The Moscow region was chosen as the training base camp of the team for the World Cup matches. Belgium will train at the reconstructed stadium of the sport complex Guchkovo, which is located in the Istrinsky district of Moscow Oblast. Martínez's players should go through the group stage with flying colours: they will play with one of the weakest teams in the World Cup — Panama and Tunisia. However, they will have to fight with the English for the first place. These battles can be watched in the arenas of Sochi, Moscow and Kaliningrad.