The branch of Tupolev PJSC is getting rid of illiquid assets: undeveloped areas and territories with abandoned children dachas

The Kazan Aircraft Production Association is putting vast land parcels up for sale, the cadastral value of which exceeds 825 million rubles. Some of them will be sold at an auction together with buildings, for example, an oxygen plant warehouse, former children dachas in Vysokogorsky district and a number of buildings. The total cost of buildings is estimated at 22,4 million rubles. Realnoe Vremya found out why the Kazan aviation plant is selling the property out.

The branch of Tupolev PJSC is getting rid of unnecessary assets, this year the Kazan Aviation Factory named after S.P.Gorbunov has put four lots up for sale — land plots in the city, some of them in Vysokogorsky district, the complex of so-called children dachas [villas]. In addition to some land plots, the management of the enterprise offers real estate objects. According to official data on the portal of the UAC (United Aircraft Corporation — editor's note), the land plots and real estate on them belong to non-core assets, several territories fall within the consolidated register of objects 'subject to disposal' for 2018-2020. Thus, in the second quarter of this year the enterprise plans to get rid of the land parcel of 796 square metres on Pyotr Viter street, it is first to be put up for sale. Permitted use – for industrial site. Certificate of ownership was registered in the summer of 2014. Cadastral value – slightly more than 3,620,000 rubles, the residual value exceeds 6 million rubles. If the first indicator represents the market value, the second — the difference when the value of the accumulated depreciation is deducted from the total value of the object. It is obvious that the plot on Pyotr Viter street is not so 'worn out'. Nevertheless, this plot land is not so of much interest to real estate market. It should be noted that no encumbrances are registered here, it should be borne in mind that black water disposal system, water supply networks, electrical networks run through the site.

In July-September, the aviation plant is going to say goodbye to the complex of former children health camp named after A.P.Gaydar in the village of Semiozerka in Vysokogorsky district. In the registry of plots, it is registered as children dachas in Semiozerka, the area is more than 23,000 square metres. The certificate of ownership was also obtained in the summer of 2014. They are selling out everything that is supposed to be on the territory of the children camp: the list includes a country house, two buildings for staff, buildings for kitchen, laundry, dining hall, grocery warehouse, four dormitory blocks. All this belong to forest fund, permitted use — for cultural and recreational purposes. Cadastral value of all objects is very close to 8 million rubles. The land in the settlement has long been of interest to lovers of suburban real estate, there are already same-name cottage settlements near the settlement. 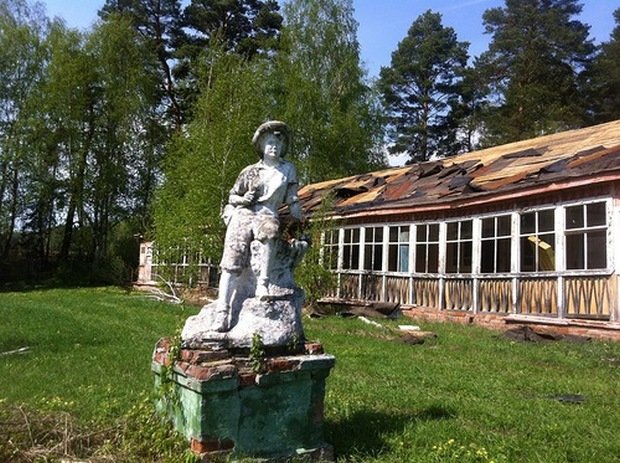 The aviation plant is going to say goodbye to the complex of former children health camp named after A.P.Gaydar in the village of Semiozerka in Vysokogorsky district. Photo: prokazan.ru

Director General of A-Development Murat Akhmerov believes that this object can be quite interesting for buyers, given the favourable location, proximity to water, the presence of suburban real estate. Other no less significant sites declared for sale, in his opinion, industrial and warehouse premises, which could be located on other lands, are also in demand.

Sales before the New Year

For the fourth quarter of this year, there are sales of two sites with real estate objects, we are talking about warehouses of oxygen station, which once were used by the enterprise. Certificate of ownership was registered in the summer of 2014, there are no encumbrances on the plots. The planned cost of the two facilities is 9,3 million rubles. At the same time, according to official data, all four objects declared for sale for 2018 are planned to be sold for 11,3 million rubles. The net assets value is estimated much higher – 21,440,953 rubles.

In total, the plant put up for sale land plots at the cadastral value of 825 million rubles, the cost of buildings on these territories is estimated at 22,4 million rubles. The department of public relations at the Kazan Aviation Factory, a branch of Tupolev PJSC, commented on the upcoming sales:

''The objects put up for sale are illiquid and are not engaged in core production. We are talking about undeveloped sites and the territory with the constructions that earlier were used by the health complex.''

The press-service did not comment on the questions on what the proceeds will be spent and who has already expressed desire to purchase the site. 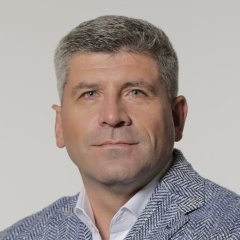 Alexander Shamov, a broker, commercial real estate consultant, believes that there can be demand for facilities with household outbuildings, but the infrastructure, technological base, communications should be also considered. The price-infrastructure ratio will be decisive.

''As for the plot in Semiozerka, it is an interesting place, but it will be more difficult to re-organize children camp, given the recent events, for which security requirements have been tightened. It is necessary to look at the documents, what and where can be located. This is a place with history, and it is already very good. There could be a popular place like a club, cluster of out-of-town rest,'' Alexander Shamov said about possible designation of the land.

Sale programme to be extended until 2020

UAC PJSC, which also includes the branch of Tupolev PJSC — the Kazan Aviation Factory named after S.P.Gorbunov, has a programme to realize non-core assets, which was adopted in December 2017. In 2018-2020, the organization plans to receive 1,03 billion rubles. In total, 209 of so-called non-core assets were found across the country — from apartments and transformer substations to unfinished buildings and highways.

The document, approved by the board of directors of UAC PJSC, states why it has been decided to sell out unnecessary objects: to obtain additional financing and reduce costs. According to the idea of the authors of the programme, if the sale of the facilities will be held as planned, it will also contribute to technical re-equipment and creation of new production facilities. They decided to get rid of unnecessary objects for a reason, in the wake of the decree of the President of the Russian Federation 'On long-term state economic policy'.

Announcements about tenders for Tatarstan objects have not appeared yet.