''Raid in Russia is always an additional deterrent''

Agora International Human Rights Group has prepared a report on raids over the last three years. Tatarstan is on the list

The human rights activists have studied 600 politically motivated raids over the past three years. In general, the conclusions of the procedure are disappointing — over the past ten years, each 27th housing has been raided not only for political reasons, with more than 500 daily raids throughout the country. The court decides positively on an overwhelming number of requests for raids. Realnoe Vremya has studied the presented statistics.

The number of raids is growing

Agora International Human Rights Group has studied the data on the raids, it turned out that every year they are becoming more and more. Over the past ten years and a half, 1,976,021 permissions to conduct a raid or housing inspection have been received, it is 96,32% of the total number of requests. In the study, human rights defenders relied on the data of the judicial department of the Supreme Court of the Russian Federation. As a result, every 27th dwelling place in the country passed through a sudden and not always motivated arrival of strangers. Only 3% of appeals did not find support in court and raids did not reach them. Specialists can only guess why it is possible. 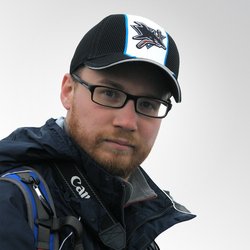 ''We looked for these decisions, but failed to find them. These court decisions are not published — there is no such obligation, of course. I can only assume that the judges thoroughly studied these slightly more than 3% of the cases and made an objective decision,'' says legal analyst at Agora International Human Rights Group Damir Gaynutdinov.

If in 2007 the courts satisfied 155,845 requests for raids, in 2016 — it was already 222,638. The number of appeals along with the number of confirmations from the judiciary only grows each year. The total number of requests to conduct raids over the last ten years has increased almost twice. As a result, more than 500 raids are conducted daily in the country.

''We did not compare with other countries, but given the prevalence of these operations, we can say that this figure is quite large. At the same time, in almost 100% of the cases, it does not do without raids in drug-related crimes, in the investigation of economic crimes,'' commented the representative of Agora International Human Rights Group.

There are demonstrative cases of raids in Tatarstan

In the study, the human rights activists recall that in recent years the courts have satisfied on average 98,35% of applications to restrict constitutional rights to the secret of correspondence, telephone conversations. For experts, it becomes obvious that privacy right does not exist in the country even formally. Unlike residential premises, the raid and inspection of offices, warehouses do not need judicial permission. Details about them are not published anywhere and, most likely, are not taken into account.

Agora considered one of such cases in Tatarstan worthy of attention, besides the raid was conducted for political reasons. In May 2017, documents and work computers were seized in the office of the managing company Rayden. Experts attribute this to the fact that the director general of the organization was the head of Open Russia's department in Tatarstan, Ilya Novikov. Unlike residential premises, the raid and inspection of offices, warehouses do not need judicial permission. Photo: 78.мвд.рф

Political raids are of particular interest to human rights defenders, 600 most serious cases in three years across the country have been collected in a single table. Tatarstan with three episodes has turned out to be among these regions. The October 2016 – the raids at 39 addresses and detention of 7 people, it was later stated that in the houses of supporters of Tablighi Jamaat there were found banned books and other products with information on the promotion of aggressive and non-traditional Islam. The March 2017 — 30 houses of the Muslims were raided, the third episode was in May 2017 in the company Rayden.

''We have made the most representative sample of political raids across the country. The episode of Tatarstan with 39 raids in one day is one of the most revealing in the whole country. Raid is always an additional deterrent. Such methods are used in Crimea at raids in the houses of Crimean Tatars. There are impressive episodes with a series of raids in Stavropol, Moscow, St. Petersburg, Bashkortostan, the Caucasus. But I wouldn't rank the number of cases by regions. On the contrary, the statistics shows that the citizens can't feel themselves safe, there is such a number of raids and permissions as an appeal, so nobody should relax,'' Damir Gaynutdinov believes.

At the same time, Crimea in a series of high-profile regions really stands out. ''There are always practiced the most boundless and repressive practices of intimidation,'' the human rights activist said.

Experts even compiled the most common elements of bullying — an early raid between 6 and 8 a.m., the use of special equipment, violence, threat, display of weapons, raids of parents and other close relatives, breaking the door or entering through the windows.