Sana Valiulina: ''All heroes of my books are victims of the Soviet totalitarian system''

Elena Shubina Publishers gladdened with the discovery of a new Tatar name again: it hasn't been three years since the star of Sana Valiulina kindled after Guzel Yakhina. She is the author of I'm not Afraid of Bluebeard, which was printed in 2017. The book's name is successful, intriguing. But Valiulina's 600-page composition can ''frighten'' untutored readers anyway. Because the realisation of the past of our country in the novel has a complicated shape, it's not direct: the narration covers four times: the stagnant 70s in a settlement on the Estonian seashore, the 80s in a Tallinn's school before the storm, the turbulent 90s in a cottage of a killed merchant and, finally, the sinister stagnation in the 2000s in the castle of Great Architect. It goes without saying that the kind attention of residents of Tatarstan to such an unusual Tatar woman as Valiulina was guaranteed by her origin: she is a daughter of a participant of the Great Patriotic War who suffered from Stalinist repressions, native of Estonia, naturalised Dutch since 1989. However, this is why a wide circle of intellectuals are interested in the novel. Because what can be more topical in narrative today than intercultural dialogue and dramatic coupling of mentalities. The interview Sana Valiulina gave to Realnoe Vremya explains how her four sides – Tatar, Russian, Estonian and European – lived together.

''Fight'' for the name Sana

Your name sounds strange to both Russians and Tatars. Is it probably an Estonian name? What does it mean?

Sana is an Arabic name. But in Arabic, it would sound like Sanah, with the stress on the last syllable. A familiar Arabist explained once that the root ''san'' in Arabic means something like hearth and is linked with the concept of home and family. It's my mum's idea. When she expected me, she read an Arab story about a girl called Sana and she liked this girl so much that decided to name me Sana.

It's interesting that Estonians took this name easy, without comments, they just extended the first syllable according to the melody of Estonian speech, that's to say, it was Saana. While in Russia, I had to often ''fight'' for it. I was said there was no such a name and probably my name was Oksana or Ksana, anyway, or Ksenia, all in all.

Do people in Holland see you as Russian or do they differentiate the state-forming ethnos and minorities of Russia?

My perception in Holland went through an evolution. First, when I just came here in 1989, people looked at me like a great miracle from mysterious Russia, or, as it was called then, the ''the Evil Empire'', and surprised I didn't wear the gymnastyorka like that of Mao Zedong and resembled a normal person, in general. So, first of all, I was a representative of the country behind the iron curtain, and ethnic features took a back seat. Estonia was confused with Iceland, in Dutch, Estland and Jsland sound the same. They knew little about the Tatars, besides ''beef à la tartare'' and that Mongolian Tatars stored meat under the saddle. But already in the early nineties, when Baltic states became independent and the USSR dissolved, when the map of Europe started to change and people from former allied republic started to come to Holland, new emigrants began to be differentiated. Now when I said I was from Estonia, I was considered as Estonian, which was quite logical. But it was more difficult to explain I was Tatar who spoke Russian. I had to explain who Tatars were, in general, and how precisely we got to Estonia because an average European who doesn't know the history of Russia finds it's uneasy to understand what a Russian-speaking Tatar woman from Estonia was.

What's interesting about the mentality and culture of the Dutch? What are their unique traits in the ''common European family''?

The culture of the Dutch is interesting, first of all, because such a small country has so many differences in mentality and culture. In Europe, the Dutch have a reputation of direct and clear-headed people, sometimes even too direct, and people who prefer informal communication to relations based on the hierarchy. The Dutch are very curious and adventurous. If you meet a foreigner in some exotic country where tourists still don't go to, be sure a Dutch is in front of you. As the very Dutch say, Holland is a country of preachers and merchants. The Dutch are sure they know everything better than others and perfectly know how to count money and love it. 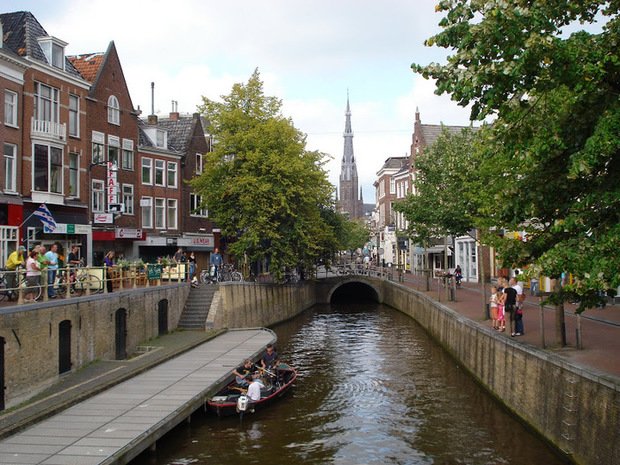 ''The culture of the Dutch is interesting, first of all, because such a small country has so many differences in mentality and culture.'' Photo: zhelvetro.blogspot.ru

The Estonians are shown in the novel positively, mainly thanks to the connection with nature, land and conservation of their pagan roots. Do you think that those who sit Art Nouveau out are right and good?

In my opinion, the Estonians are shown in the novel as ordinary people with all their weakness and forte. Just take the family of the Black Captain, which can't be called as a showpiece with difficulty. It's quite difficult to speak about the truth and goodness outside the divine sphere, in general. On earth, we can find them sometimes in the most unexpected appearance. And the most important thing here is whether we will be able to recognise this goodness or not. In the novel, Yura's paralysed grandmum Simma personifies the truth and the goodness who, by the way, isn't connected with either the earth or nature. As for Estonians, I'd say not Art Nouveau but history is the point here that wasn't quite merciful to the Estonian people. How should a small people under the power of colonisers survive? How to conserve oneself in the spiritually inimical and strange regime and sit history out without losing oneself? Here nature and earth come to help – the flesh of the Estonians and traditions of the ancestors, pagan roots – their spirit.

Did you find your target audience before getting started to create the novel? Do you understand it's unlikely to be understandable and interesting to mass Russian readers?

Already Pushkin taught us not to depend on mass readers: ''Poet! Do not cling to popular affection'', and Mr Pushkin is big authority for me. To flirt with mass readers means to follow the crowd, neglect or forget about their road, which is personally unacceptable and inefficient, all in all.

In addition, looking back to mass readers contradicts the principle of free art that is needed to create serious literature. We didn't free from political censorship one day to toe the line of commercial censorship. So I hope to have not mass rather creative readers who will be able to assess the novel. 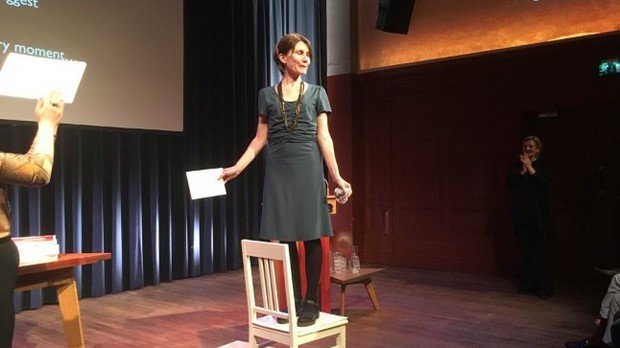 ''Looking back to mass readers contradicts the principle of free art that is needed to create serious literature. We didn't free from political censorship one day to toe the line of commercial censorship.'' Photo: vecherka.ee

You're very categorical when assessing the Soviet Union. But the experience of the ''iron century'' of Russian literature showed there was a problem of the direct word and doubted the language with its totalitarian intentions thanks to conceptualisms and social artists. Don't you think there is a contradiction in the totalitarian criticism of totalitarianism?

In my novel, all heroes, from main to secondary, have a right to have their own opinion about what happened that they either express directly or find it in front of readers in consciousness or make it real. In addition, all my heroes, who make the author's voice in totality, are representatives of different classes of the population. Somebody criticises, somebody justifies the system, somebody earns from it very well, somebody severely criticises, somebody doesn't care, while the majority adapts, of course.

In my opinion, it's pure pluralism and democracy if we use political terminology. The unpleasant face of totalitarianism, the system that conditioned them is seen through acts and thoughts of my heroes. So I ask not to accuse the messenger for not very pleasant news.

Do you plan to write in the Russian language further on?

The die is cast, there is no road back. But it's still early to talk about how it will happen and when.