Anton Kazarin: ''Money is an important factor, but in the West insurance covers cancer treatment at the 1-2 stages''

7,3 thousand cancer patients died in Tatarstan in 2018 — this figure turned out to be the highest in the Volga Federal District, and one of the highest in the district was the absolute value of the morbidity rate. Despite the fact that the relative rates of cancer morbidity and mortality — per 100,000 population — do not look so tragic, the situation is generally alarming. With high level of technical equipment of oncologic dispensaries in comparison with many Russian regions, the indicators of advances of some types of tumours in Tatarstan go off scale. About the causes of problems, alternatives for cancer patients and ''non-therapeutic'' factors important for the outcome of treatment – read in the interview of Realnoe Vremya with Anton Kazarin, the head of Anadolu medical centre in Turkey.

Anton, why do you think there is an alarming situation in Tatarstan, which is so proud of its high-tech medicine?

I think the increase in cancer morbidity and mortality is a problem not only in Tatarstan, but in almost all regions of Russia. As Russian doctors joke: ''Everybody has his own cancer, but not all of them live to it...'' We began to live to cancer. In the US, by the way, a few years ago, cancer became first in the structure of mortality (in Russia — the second so far). Does this mean that the situation with cancer is worse in the West? No! We do not have their life expectancy and cancer survival rates…

The main Russian problem is the detection of cancer in the early stages, and Tatarstan is no exception. In contrast to the same Europe, where, according to some data, up to 70 per cent of cancers are detected at the 1st and 2nd stages, we have an inverted ''pyramid'', our cancer centres detect tumours mainly at the 3-4 stages. They work in the format of ''fire brigades'' — this is not my wording, it has been said many times. Instead of, figuratively speaking, handing out fire extinguishers, our doctors extinguish already raging fires.

Leading Tatarstan clinics, in particular, the Republican oncologic dispensary, have undergone serious modernization over the past 5-10 years. The new equipment is the pride of the Republican Ministry of Healthcare. Why hasn't ''the pyramid'' turned upside down?

Equipment is not everything, it's a general lack of specialists. Here's just figures: for example, in Japan one gastroendoscopist accounts for 3,800 people, but in out country — for 17,800. Is there a difference? By the way, Japan is one of the world leaders in detection and treatment of cancer of stomach and esophagus.

But healthcare in our country is conditionally free, people would be glad to be examined, but this can be done only through a doctor under the OMS (obligatory health insurance), many cannot afford do it at their own expense.

Yes, money is an important factor. But in the West, insurance often covers the cost of examination and treatment of oncology at the 1-2-th stages and not always more expensive procedures — radiation therapy, complex chemotherapy, surgery, which are required at the 3-4-th stages of cancer. This is ten times more expensive than catching the disease at an early stage, to operate, to be followed up by the doctor, and then forget about the problem. If you manage and treat the disease poorly, the limit of insurance may not be enough, as well as your own money. And the treatment will not give such an effect as in the early stages, the patient will already be doomed. Patients understand this and are examined, not only using insurance, but also spending their own money. ''The main Russian problem is the detection of cancer in the early stages, and Tatarstan is no exception.'' Photo: Maria Gorozhaninova

Look for a second opinion

The websites that post reviews of Russian patients about doctors, there are often the same stories: a person for several years complained to doctors about anxiety symptoms, was examined, he was assured that everything was ok, and then bam — the fourth stage, inoperable…

Unfortunately, one of the properties of cancer — its asymptomatic character in the early stages. When weight loss begins, bleeding — as a rule, it's too late. On the other hand, of course, shocking cases, when, for example, patients come to us with the third stage of lung cancer, although six months ago they underwent fluorography, and they were told: ''You are healthy.''

So, that means no matter how hard you try to keep your health under control, in the end everything is still decided by chance?

No, not by a chance. In my opinion, there is a fundamental reason why oncology is detected late in Russia. Our society is patriarchal, and we have such a paternalistic model of interaction between the patient and the doctor. The doctor is an all-knowing king and God, his actions cannot be questioned. Our patients shrink their responsibility for their health! People think: if the doctor does not send for additional examination — this is not necessary. But the Western approach is different: the patient in any clinic can get a second medical opinion. They do not hesitate to apply for this second opinion, and therefore, they are less likely to miss and neglect the disease. 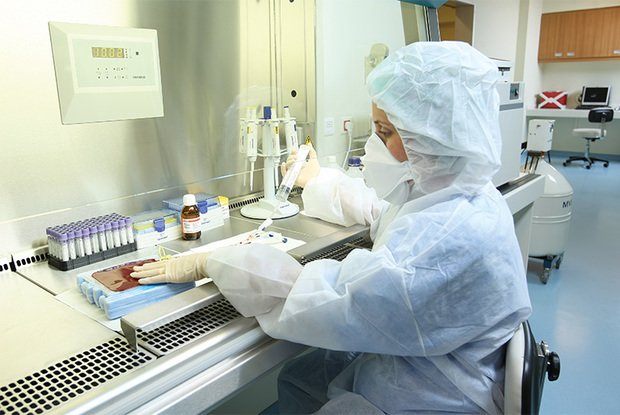 ''It should always be remembered that the task of the oncology centre is to detect cancer in a huge volume and annually provide assistance to tens, if not hundreds of thousands of people.'' Photo: anadolumedicalcenter.ru

With what diagnosis should one turn to foreign clinics at the earliest opportunity? Treatment of what diseases has little prospect in Russia?

Russia has not the worst health care system and modern medicine. Believe me, I know what I'm talking about. The international department in our clinic has dozens of employees in different countries, and we interact. Do you know, for example, that there is one pediatric hematologist for the whole Moldova?! In Chisinau. What he can do with tens and hundreds of little patients who need bone marrow transplants? But… Last year, the story of Andrey Pavlenko from St. Petersburg broke nationwide, one of the best oncosurgeons in Russia. He was diagnosed with stage three gastric cancer. He keeps a blog, and in one of the video messages he directly says that it is possible to treat cancer in Russia — if you have acquaintances among qualified oncologists. Otherwise, it's a roulette. It's true, but I was shocked by the doctor's honesty. By the way, Andrey underwent all the treatment — chemotherapy and surgery — in Russia.

Russian has unique doctors to whom many patients are grateful for rescue. Maybe it's just the mental belief of Russians that abroad everything is better?

It's not about individual medical talents. You should understand that medicine is a system. And modern medicine is a system and huge money. Therefore, I always say that it is impossible to compare the Anadolu clinic with its equipment, the number of patients and the attention that we can give to each individual patient, and the Republican cancer clinic in Tatarstan, which solves the state tasks to combat cancer in the republic within the framework of available funding. It's two different worlds. But it should always be remembered that the task of the oncology centre is to detect cancer in a huge amount and annually provide assistance to tens, if not hundreds of thousands of people. What's more, we don't do it for free as a oncologic dispensary! Although we treat a large number of Turkish citizens at the expense of state insurance. You are telling that it is better to spend your money on regular examinations than to wait for a free diagnosis that will reveal oncology or other serious disease in the early stages. But recently, many Russian patients have developed a stereotype: if you go to a commercial medical institution — and you will be deceived into parting with money, they find non-existent diseases and appoint a bunch of unnecessary paid examinations and procedures.

There is such joke among doctors: coming to a state clinic, you have to prove that are sick, and coming to a private one — that you are healthy. In our country, unfortunately, private medicine often suffers from the excess hyperdiagnostics because doctors make money on interest. And it's no secret to anyone. It comes to the absurd: I has recently spoken with a patient who had a benign tumour in the brachial nerve plexus — schwanoma. But a neurologist after viewing the MRI scan sent the patient to a couple of dozen examinations, including EGD!