''The drop in oil prices hardly bothers us''

Although Russia has finally supported OPEC in its new output limitations, experts believe that the country is less interested in boosting oil prices than the cartel's head Saudi Arabia. The latter needs oil to cost $84 per barrel to make ends meet, while the Russian budget is based on a price that is twice lower.

While Saudi Arabia is striving to prevent a bust in the oil market, Russia seems just fine with prices where they are, says Preston Business Review, considering Russia to be a key piece of the oil price puzzle. At the moment, some of OPEC members are at maximum capacity, others are suffering from instability or production declines at ageing fields. Only Saudi Arabia and Russia seem unaffected by such issues. Thus, OPEC now desperately needs Russian cooperation to strengthen the cartel's efforts.

Saudi Arabia needs oil prices at roughly $84 per barrel for its budget to break even, but Russia does not feel the same urgency. According to First Deputy Prime Minister Anton Siluanov, Russia's budget is based on $42 per barrel, so a recent drop in oil prices hardly bothers the government. ''The price can stay around $40-50 for a time – six months or a year,'' said Siluanov, adding that even if the price downturn persists, Russia won't be in trouble because of its ample foreign exchange reserves. 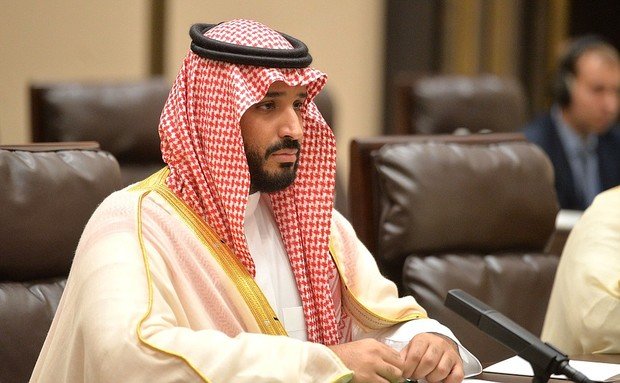 Saudi Arabia needs oil prices at roughly $84 per barrel for its budget to break even. Photo: kremlin.ru

In December, Russia joined the new OPEC+ agreement and promised to provide 230,000 bpd of overall cuts. However, the country's Minister of Energy Aleksandr Novak clarified that January's decline would not exceed 60,000 bpd. ''Everything will depend on technological and climate possibilities. We will get proposals from the companies,'' commented the minister. ''We will see how the situation would evolve.''

Novak predicted that the 1,2-million-bpd cuts announced in Vienna would be sufficient. At the same time, he suggested that the coalition might call an extraordinary meeting if the situation deteriorated, as the market still faced a lot of unknowns. ''All these uncertainties, which are now on the market: how China will behave, how India will behave… trade wars and unpredictability on the part of the US administration… those are defining factors for price volatility,'' he said.

Some analysts agree that the cuts should be sufficient despite the current panic in the market. ''We are looking at oil prices heading towards $70 to $80… quite a recovery in 2019,'' says Dominic Schnider of UBS Wealth Management. He considers that the market is underestimating that the coalition is going to cut supply by 1,2 million bpd. Given that demand looks healthy, ''we might find ourselves into 2019 in a situation where the market is actually tight,'' the expert believes.