Russians have to pay only for parcels from abroad worth more than 500 euros, but experts do not understand how it will help the Russian economy, and buyers are looking for ways to bypass the duty

It will be possible to pay customs duty for goods from foreign online stores through the application 'Russian Post' online. This will save buyers from having to wait for a customs notification and go to bank for payment. If earlier only 1% of Russians paid customs duty, now they will be more — the size of duty-free import has decreased from 1,000 to 500 euros from 1 January. The online payment experiment launched by the Russian Post and Federal customs service can be a step towards the complete abolition of the duty-free threshold. Experts interviewed by Realnoe Vremya evaluate the decision positively, but believe that the Russian economy will be improved through the introduction of taxes for foreign Internet sites rather than the zero threshold.

Since 9 January, Russian Post together with the Federal Customs Service of Russia (FCS) has launched the experiment on online payment of customs duties for purchases in foreign online stores. According to president of the National Association for Distance Selling Alexander Ivanov, the idea to lower the threshold and pay the state duty is correct, but it is unclear why Russian Post acts as the operator. 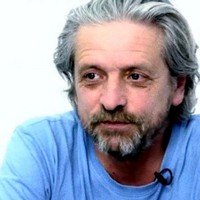 ''Fiscal authorities are looking for a convenient payment scheme, but then we face a small problem — why Russian Post? Not only Russian Post is engaged in the delivery of parcels, we have a lot of companies, a very competitive market, due to this the cost of services is reduced and the quality of delivery is growing, but we all of a sudden put the Russian Post in a special position,'' Ivanov commented to Realnoe Vremya.

President of the Russian Association of Internet Trade Companies Artem Sokolov also sees advantages in this decision. The main thing is that physical persons now do not have to go to bank to pay customs duty. However, according to him, the information system could be introduced a few years earlier.

''All express carriers have been doing this for already a long time — when the parcel is delivered, the addressee receives a link to pay customs duty. Russian Post had not had such possibility, now such law and technical solution have appeared,'' says Sokolov.

Duties will not help, it is necessary to revise the tax regime

However, Sokolov calls the innovation ''a half-measure''. According to him, the simplification of customs duties and the reduction of the threshold to 500 euros will not affect the country's economy and Russian business. The threshold of duty-free trade has been lowered just to equate Russian shops that pay VAT with foreign online stores that do not pay VAT and whose prices, respectively, are lower. 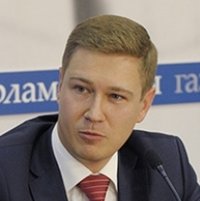 ''In all civilized countries, other approaches are developing — the system of tax reporting and distribution of tax payments of large multinational companies, which are all major Internet sites, are being reviewed. There is a concept of ''digital presence'', any business is focused on a client from a particular country. For example, you are an online store in China and sell goods in Russia. You are not legally present in Russia, but you are assigned a sign of digital presence, and just like any other company located in Russia you have to register in the tax authority and provide reporting to the state. This system is now used around the world, while our state is using half measures, which have no benefit for the country or the citizens,'' Sokolov said.

How to evade the customs: lifehacks

Both experts interviewed by Realnoe Vremya believe that the reduction of duty-free import will not affect the majority of Russians. According to ROMIR research centre's data obtained in the survey, most Russians buy in China, parcels do not exceed the limit and fit into the cost of 10-50 euros. The purchases in the amount of 50 to 100 euros were made by 16% of the buyers, from 100 to 200 — 9%. Only 5% of buyers made purchases from 200 to 500 euros. Only 1% of respondents made a purchase exceeding 1,000 euros.

However, the complete abolition of the duty-free threshold, which is sought by the Federal customs service, and the taxation of any purchase in foreign online stores can bring the budget about 25 billion rubles annually, the FCS calculated. In general, this category includes purchases not in economical Chinese online stores, but in stores in Europe and the United States. Photo: missmedia.ru

There is no question to zero the threshold so far, buyers in Russia are looking for ways to avoid payment of duty on parcels more expensive than 500 euros. In general, this category includes purchases not in economical Chinese online stores, but in stores in Europe and the United States. Most often, these are components for computers, equipment and expensive clothes. On the forums, users are advised to divide purchases or register each purchase on different relatives and friends. One of the lifehacks is to make sure that parcels are delivered in different months, as the duty does not take into account the date of payment of the order, but the date of recording in the track ''received at customs''.