What did both sides of the incident win and what sanctions might be imposed against Russia now?

An incident in the Black Sea on Sunday ended with a ''capture'' of three Ukrainian navy vessels near the Kerch Strait. Each of the sides sees what happened from its own perspective. But consequences of the incident immediately affected exchange: the ruble, which has already weakened under pressure of oil rates, continued losing weight. By 15.08 on Monday, the dollar cheapened by 79 kopeks to 66,98 rubles, the euro grew by 1,05 rubles to 76,1 rubles. Realnoe Vremya found out prospects for development of events.

A video shot aboard of a Russian patrol boat Don exploded the Internet on Sunday: two militaries of the vessel rammed a small and obviously not new ship with shouts: ''Press it! Press it from the right, I will take it! Everyone hold!!!'' and Don slightly hits the ship. The Russian seamen's too excited voice indicates this attack was the end of a too long and too annoying persecution… Official statements in this respect didn't contain strong language, of course, which was uninterruptedly heard on Don's board. However, there is no less annoyance heard.

According to information the Russian Security Service (FSB) spread, three Ukrainian navy ships illegally crossed the Russian border on 25 November morning and set a course for the Kerch Strait without reacting to requirements to stop. Russia sent Su-25 bombardiers and Ka-52 military helicopters to the scene, Russian Sobol and Don border patrol boats also took part in the operation as well as Mangust and Suzdalets boats. The official message suggests the Russian side stopped the Ukrainian ships with the help of weapons, in the end they all were arrested and delivered to the port of Kerch. A criminal case on Russian border crossing has opened. The Russian side claims three Ukrainian militaries were injured in the incident – they were provided with medical help, there is no threat to their lives.

According to the press service of the Ukrainian Naval Forces, the two Ukrainian boats and a tugboat arrested by Russian militaries were carrying out a planned transition from Odessa to Mariupol. On 24 November, the Ukrainian side sent Russian board workers information about the upcoming trip. According to the Ukrainian Navy, the tugboat, which belongs to Nezalezhnaya, was rammed by a Russian boat. The Ukrainian side calculated twice more victims than Russia – six. On Monday, President of Ukraine Petro Poroshenko signed a decree to impose martial law for 60 days – from 15.00 on 26 November to 15.00 on 25 January 2019, now the Supreme Rada is to approve the decree.

Provocation or is Ukraine right?

Who needed to hold military dances around an ordinary event (the transition of navy ships under the Kerch Strait Bridge in the Sea of Azov is an ordinary thing, in general) and why? Different experts have different answers depending on their political views. ''It's a provocation,'' political expert Ivan Mezyukho insists. ''Undoubtedly, it's not an independent stunt of Kiev, I'm convinced Poroshenko got the USA's approval for this provocation. I think the USA is trying to provoke Russia to violently confront Ukraine on the eve of Putin and Trump's G-20 meeting.''

''This provocation,'' he continues, ''is urged, first of all, to justify the sanction regime declared against the Russian Federation, and, secondly, to increase the sanction pressure on Moscow by the USA and US allies in Europe. Even the fact that during the incident the Ukrainian navy ships behaved in a strange way proves it. Their behaviour says Ukraine couldn't get instructions from Washington what to do next for long. This all benefits Poroshenko, he tries to use the situation for pre-election publicity. And the declaration of martial law in Ukraine will allow him to not only cancel the election but also restrict people's right to hold public events…''

''This conflict doesn't have any root causes, the only cause here is that Poroshenko needs to change the format of the situation in Ukraine itself due to the upcoming election… It's a pure provocation because they could have stopped when the border patrol ordered. There is a well-explained procedure allowing to go under the Kerch Strait Bridge without scandals, and Ukraine's navy ships have already gone to the Azov Sea many times with formality.''

''I think there is only one goal of the conflict – to disrupt or at least postpone the election in Ukraine,'' political expert Ilya Graschenkov commented on the Sunday events in the same way but more discreetly for Realnoe Vremya. ''The presidential election is in March, while current leader Petro Poroshenko has less than 10% of the rating, while his oppositionist in the person of Yulia Tymoshenko has over 20%. Now martial law has been declared in the country until February, but they can extend it to March, then the election can be put off. But it's unclear how Poroshenko is going to augment his rating.'' 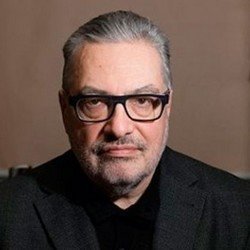 ''The general tendency is clear, Russia is preparing for a war against Ukraine, and the war will be serious, the things are leading to it,'' claims independent military reviewer and analyst Pavel Felgenhauer. ''And, of course, it will be said in Russia we're right about everything, and the rest of the world will have a completely different opinion. It's clear Russia's isolation as well as aggression, including reciprocal, the Russian aggression, will expand. And the attack on Ukrainian ships is a part of the preparation for the war!''

Do you assess this incident as an attack? Realnoe Vremya's correspondent specified.

''Yes, Ukrainian navy ships appeared in the Kerch Strait in accordance with signed agreements and had the right to come in. There are agreements between the two countries that allow it.''

''As for sanctions against Russia, they can be imposed without depending on anything,'' Ilya Graschenkov supposes. ''As the previous sanctions showed, any thing can be a motive. So sanctions can be tightened, not because of Ukraine but just because it's an opportunity.''

Political expert Nikita Krichevsky, on the contrary, assesses sanctions and economic consequences from the events in the Kerch Strait as minimal:

''If sanctions are imposed each time, there will be soon no opportunity to impose sanctions. Moreover, the situation is unclear to react to it. It's enough if someone expresses an opinion and calms down.''

In answer to the question whether the next fall of the ruble rate didn't become automatically a serious economic sanction against Russia, he assured Realnoe Vremya's correspondent:

''It's because of oil, there is no other reason, and it's not linked with the Kerch incident.'' ''Sanctions might reach another level due to this conflict,'' says former FSB General Mayor Aleksandr Mikhailov.

''Though, in general, it seems to me they've already run out of imagination, what other sanctions might be imposed. In addition, sanctions, first of all, hit producers, primarily western. They lose markets, lose investment opportunities. And actions taken by Ukrainian political officials are, first of all, against their own people, against their producers, to reduce people's opportunity to earn money on the territory of the Russian Federation. Sanctions don't frighten us – we've reached the peak of sanctions when PRD and PRL can be recognised without fear because it won't get worse. Yes, there will be much noise in the European Union. But I have a feeling that everyone is already fed up with Poroshenko, as he is nothing but a headache. He either asks money or drags into scandals. And the fact that Trumps didn't greet Poroshenko at the last meeting, didn't shake his hand is, in fact, the green light to the European Union,'' the expert says.

Want peace – get ready for war?

But apart from Pavel Felgenhauer, Realnoe Vremya's experts don't believe in the possibility of a more serious armed conflict between Russia and Ukraine.

''In my opinion, they don't understand even themselves what martial law is,'' Aleksandr Mikhailov noted in the talk with Realnoe Vremya's correspondent.

''Martial law is censorship, a curfew, that's to say, restricted freedom of speech and freedom of movement and so on. What do they have there? They [Ukraine] declared a military alert, they have a part of armed forces that's able to fight… And there are parts that aren't at all, though Poroshenko states that they have the strongest army in the world. Well, they will rattle the armour…''

''Our border patrol acted correctly. The ships were towed to Kerch, and we have the right to investigate the team, these ships' captains' actions. In general, the Ukrainian militaries' actions contain an element of a crime, according to Russian legislation. And perhaps there is sense in considering the issue of these ships as trophies and seize them from Ukraine. Everything is clear – the provocation, in fact, ended with a capture of Ukrainian militaries. And we don't say about it directly because there isn't an armed conflict. But Ukraine put itself in such a situation that we faced with the threat of cutting international relations.

Aren't we facing the threat of a war?

Let's start saying that a war as it is is defined by militaries and a country's material resources. When WWII began, Germany was at the peak of industrial success, it had a strong army, it tested its technologies in Czechoslovakia, Poland, France. To declare a large-scale war, one needs to have material resources, while Ukraine doesn't have them. Its navy is almost unable to fight, aviation is in a semi-dismantled state, Ukrainians fighters don't have morale. If they had, they would stop remembering PRD and PRL a long time ago. And you see how strong our army has become, and not every politician will dare to join a war to face a walloping. ''Military actions aren't expected,'' Nikita Krichevsky is sure, in turn.

''One thing is a collective rhetoric that's been characteristic of relations with Russia for centuries. Real military actions are another thing. The Ukrainian army will stand on the border with Russia with an outstretched hand on the second day of military actions because fuel, kerosene are supplied from Russia. Moreover, it's suicide to declare war on a country with nuclear weapons, military power like Russia. And the three small rusty boats aren't a reason to declare a war… Navy wasn't applied. It's good our authorities didn't do the provocateurs' bidding, they should do what they did,'' he says.

''I hope we're talking about a large-scale war,'' Ilya Graschenkov more carefully said in this respect. ''Any real military conflict doesn't play into Russia's hand: it's unlikely to become a new factor for society's consolidation. And heavy damage could be done to our country's economy, which will affect politics too, power's rating will fall, and protests will grow.''

However, in Nikita Krichevsky's opinion, the true goal for which the Ukrainian militaries put an old navy ship at Don's risk and put the sailors' lives at risk was finally achieved:

''Not new anti-Russian sanctions, not a war against Russia, but postponement for Poroshenko was the goal of the provocation, which would give him a chance to keep power. He got the postponement. His chances will be 100% if the Rada extends the military law, then the election will simply be cancelled. But leader of the presidential race Yulia Tymoshenko and her circle perfectly understand it. And I'm sure there won't be any prolongation in a couple of months. Too many resources, including money, were invested to bring Tymoshenko to power, and too many people are interested in getting her back…''