''There was information that it was ethnic hazing, that soldiers were beaten up because they were Tatars''

Experts led by Pavel Chikov, the head of Agora international human rights group, taught students of the Kazan Federal University how not to go to jail for a repost on 16 October. After the mitigation of the article No. 282, lawyers predict a growth of administrative cases, but at the same time warn that in the Russian legislation there are many other articles on extremism one should fear. About how not to go to jail under extremist articles, how human rights activists assess the situation in Tatarstan and how the country has begun hunting for witches — read in the material of Realnoe Vremya.

Extremism is one, but articles are many

The television discussion club of the Higher School of Journalism and Media Communications at the KFU (Kazan Federal University) has recently dissected the article on reposts. Pavel Chikov, a lawyer, the head of the international human rights group Agora, member of the Council under the President of the Russian Federation for Civil Society and Human Rights, was invited to discuss, as sad as it may sound, an urgent topic.

As you know, a boom of criminal cases in Russia has begun just in recent years under the article No. 282. According to Pavel Chikov, if we consider the statistics from 2007 to 2017, it is clear that the number of convicts under this article is growing exponentially. If in 2007 there were 20 people, then in 2017 — about 600. At the same time, the human rights activist notes that the 'extremist' article is not the only article in the criminal code, there is also No. 280 of the criminal code of the Russian Federation (''Call for extremist activities'') and several others, for example, No. 148 of the criminal code of the Russian Federation (''Insulting the religious feelings of believers'').

The appearance of the article No. 148 the lawyer explains by the punk prayer of Pussy Riot in the Cathedral of Christ the Saviour. The activists were defended by the lawyers of Agora.

''It was immediately clear that it is very difficult to pack this act and these actions in the article on hooliganism. Then the presidential administration came up with the idea to devote a separate article,'' Chikov explains. 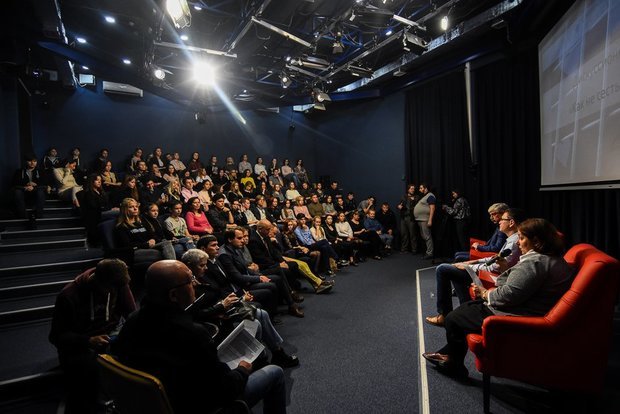 The extremist motive today, according to him, is present in other articles as well. For example, assault motivated by hatred. If desired, such motive can be found even among players Kokorin and Mamayev, because they recognize that there was a joke about Gangnam style, and the beaten director of the ministry of industry and trade, Denis Pak, has a Korean surname and may have Korean roots.

Pavel Chikov compares close attention to 'extremist' publications and statements with the fight against organized crime in the 1990s, recalling the 'Kazan phenomenon'. 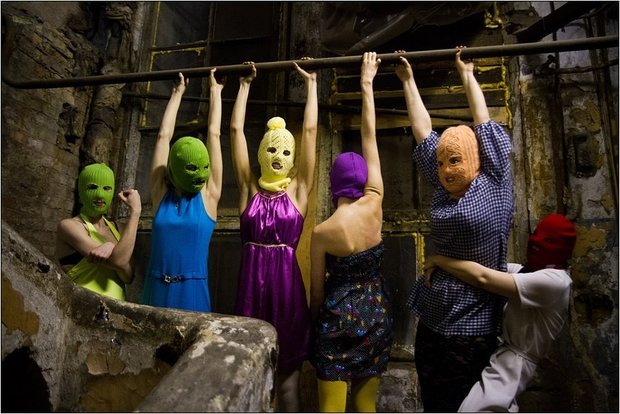 The appearance of the article No. 148 the lawyer explains by the punk prayer of Pussy Riot in the Cathedral of Christ the Saviour. Photo: wikipedia.org

At that time, as the lawyer notes, the article No. 282 was called 'Russian' and prosecuted Russian nationalists. Then human rights activists for a long time did not defend the defendants in such cases, because neo-Nazi ideology is not constitutional. Everything changed after the focus shifted from nationalists to other groups of the population.

The first such story, according to the head of Agora, took place in Yoshkar-Ola, where a follower of the Mari traditional faith published a book describing the problems in the country and proposals to return to their roots, that is, to traditional beliefs, including paganism.

For the book, the author was convicted in criminal proceeding under the article No. 282 on the basis of humiliation of the social group ''Employees of the ministry of culture of the Republic of Mari El''.

Among the recent criminal cases under the article No. 282, he cited as an example the case against a political opposition leader in Ingushetia (probably Magomed Khazbiyev), who is protected by Agora lawyers. In this case, it is the head of the republic — Yunus-Bek Evkurov — is personally a social group whose merits were, according to the investigation, humiliated. 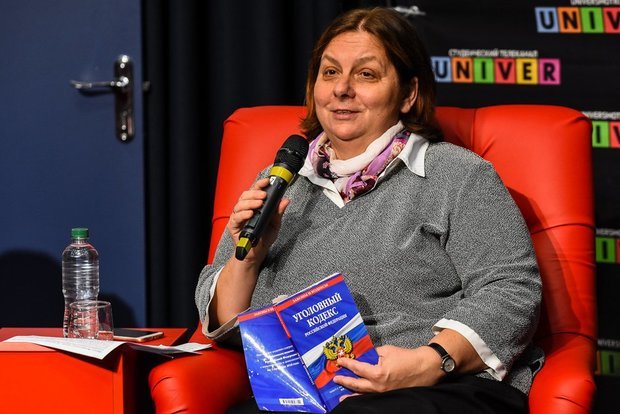 Maria Talan reminded that now amendments to the article No. 282 of the criminal code are being made, involving commutation of punishment for incitement to hatred or enmity

Maria Talan, Doctor of Law, Professor, Head of Criminal Law Department, reminded that now amendments to the article No. 282 of the criminal code are being made, involving commutation of punishment for incitement to hatred or enmity. Once the changes come into force, it will be possible to bring to criminal responsibility only persons who already have an administrative offense behind them for a similar act with the statute of limitations of less than one year.

After the mitigation of the article No. 282, the human rights defenders expect a decrease in the number of criminal cases. This trend is already observed, Chikov says. What can not be said about the 28th article, under which the number of them can continue to move incrementally. At the same time, in his opinion, it is necessary to wait for a surge in law enforcement of the article No. 20.3.1 of the administrative code, which will be applied to persons convicted of extremist activity under the article No. 282.

''There will be administrative practice — one hundred percent. But here the question is what is better — first administrative case or directly criminal liability. At the same time, you should not deceive yourself and take it as a permission to do something once a year. The general idea is that there are more articles. The most interesting thing is that there is the 280th article ''Calls for extremist activity''. It all depends on the words you use. But even here, there is a very fine line,'' says Pavel Chikov.

In extremist articles, according to the human rights activist, the text is very important. The police, for example, to initiate a case under the 282nd article in terms of excitation of hatred or enmity, they need an opposition (men vs. women, Muslim vs. Christians). In the case of humiliation, words with derogatory characteristics are needed to initiate proceedings. 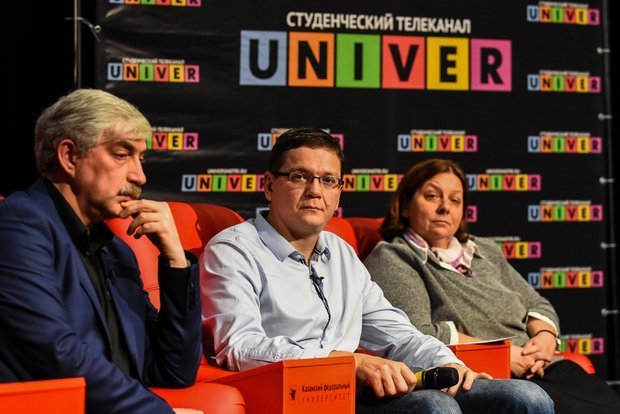 The head of Agora advises if a person is threatened by the article No. 282 to start working with an attorney as soon as possible

Once linguists find these features, the matter depends on defining the author of the publication. Here Pavel Chikov recalls that the network Vkontakte provides any user data on request. Then there is little left to do — the case goes to the investigative committee and turns into criminal case.

The head of Agora advises if a person is threatened by the article No. 282 to start working with an attorney as soon as possible, because it is much easier to achieve non-initiation of the case than to defend the accused in court. Well, it's no secret that it is almost impossible to get an acquittal. The situation with the 280th article is even more difficult, because its wording is very vague.

Igor Antonov, the head of the Department of Criminal Procedure and Criminology at the KFU, Associate Professor and PhD., notes that among law enforcement officers in Russia there is a struggle for accountability, the 282nd article still should be.

''You just need to treat it in a more balanced manner about each fact,'' the expert believes.

At the beginning of the dialogue, the host of the programme, journalist Yury Alaev, called the discussion a conversation ''about the hygiene of our behaviour in the networks from a legal, moral and ethical point of view.'' At the end, the invited experts agreed that society needs self-censorship and this very hygiene, which involves both filtering their speech and filtering what gets into social networks. 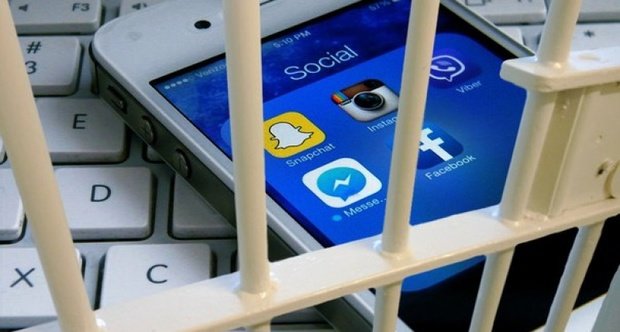 Once linguists find the features of calling to hatred, the matter depends on defining the author of the publication. Then the case goes to the investigative committee and turns into criminal case. Photo: primechaniya.ru

Director of the Higher School of Journalism and Media Communications Leonid Tolchinsky believes that in the present realities it is necessary to change approaches to lawmaking, to change vague formulations. But until this is done, you probably need one thing — to be careful.

In conclusion, Pavel Chikov could not help but dwell on his native republic and the situation that is observed there. In his opinion, in Tatarstan the situation with criminal prosecution under extremist articles is much better than in other regions.

''We do not hunt witches here and search for extremists where they are not,'' says the human rights activist.

However, although he calls the situation more or less calm, he notes that different law enforcement agencies and the judicial system have a clear set to react harshly to the statements of Tatar nationalists. 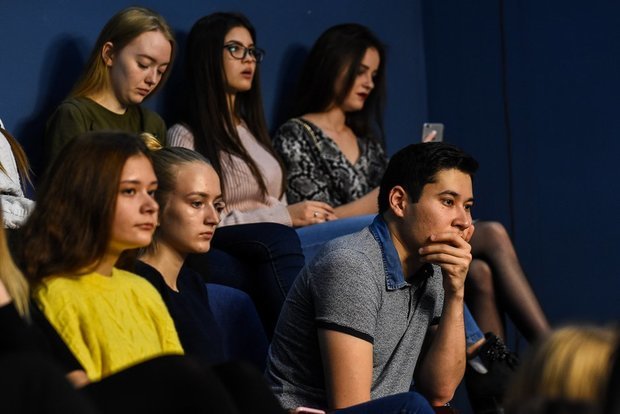 ''The reasons are clear. The authorities do not want nationalism to raise its head. Tatarstan has always been famous and boasted of its tolerance, friendly relations among different groups, and this is in many respects true in comparison with other regions,'' the lawyer believes.

However, in his opinion, there should be Tatar nationalists as well. Here he recalled the story of more than 10 years ago, when complaints began to come from conscripts of Tatar nationality who were subjected to hazing. Subsequently their interests were represented by lawyers of Agora.

''In many respects it was felt and there was information that there was an ethnic hazing, that they were beaten in many respects because they were Tatars. It stirred up the public, Tatar nationalists organized a picket on Liberty Square. We did not even think about this side of the story, because we simply worked within the framework of the criminal case, representing the interests of the victims. It was a powerful impetus for the republican authorities to deal with the topic related to hazing and protection of the rights of conscripts from the Republic of Tatarstan. Many times I have spoken with pride about how great the Cabinet has solved and continues to solve this issue,'' Chikov said.

By solving the problem he means such measures as distribution of mobile phones, calls of conscripts, transfer from one military unit to another. According to him, the issue was resolved at the level of Tatarstan President Mintimer Shaimiev and Russian Defence Minister Sergey Ivanov.

According to the human rights activist, the government of the republic was politically pushed to action by Tatar nationalists. Here he recalls how the conflict developed around the Tatar language.

''Who was supposed to be the first to stand up and say, ''Wait, it is an ethnic language, ethnic culture?'' Logically it had to be made by the Tatar nationalists, but with them by this time it had already been finished and some of them had already been in jail,'' Chikov stated.

As a result, in his opinion, the government of Tatarstan found itself in a twofold position — on the one hand it was necessary to protect ethnic identity, but on the other — to act in line with the head of the country, who declared one mandatory language. Speaking about this, the lawyer brought the participants to the idea that the political spectrum should be different and representatives of the parties should argue on different topical issues.

''This debate should be in the bounds of decency, hygiene, without the humiliation and arousal of hostility, but different people should express the point of views,'' Chikov softly declared his idea to the local authorities. 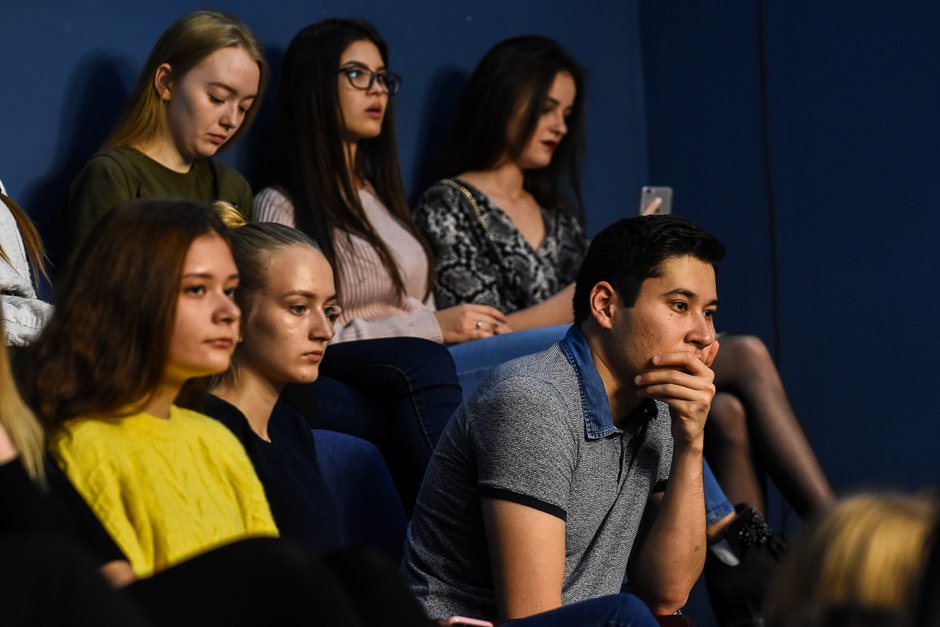 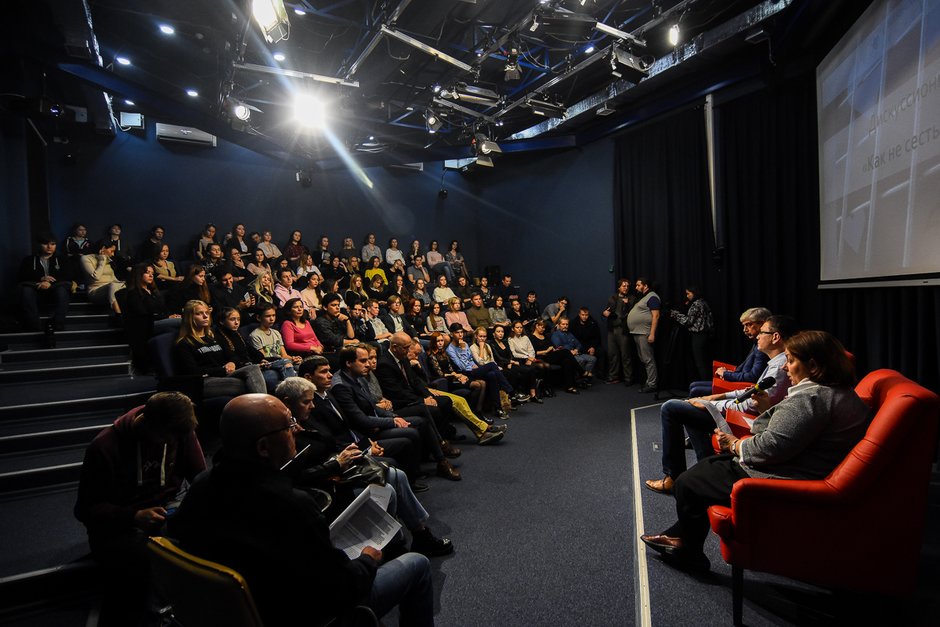 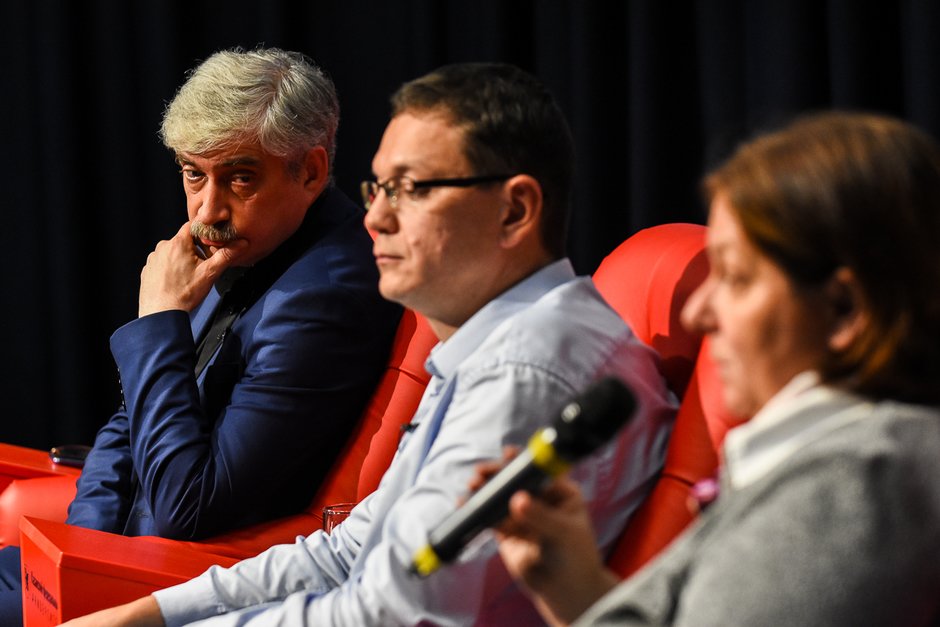 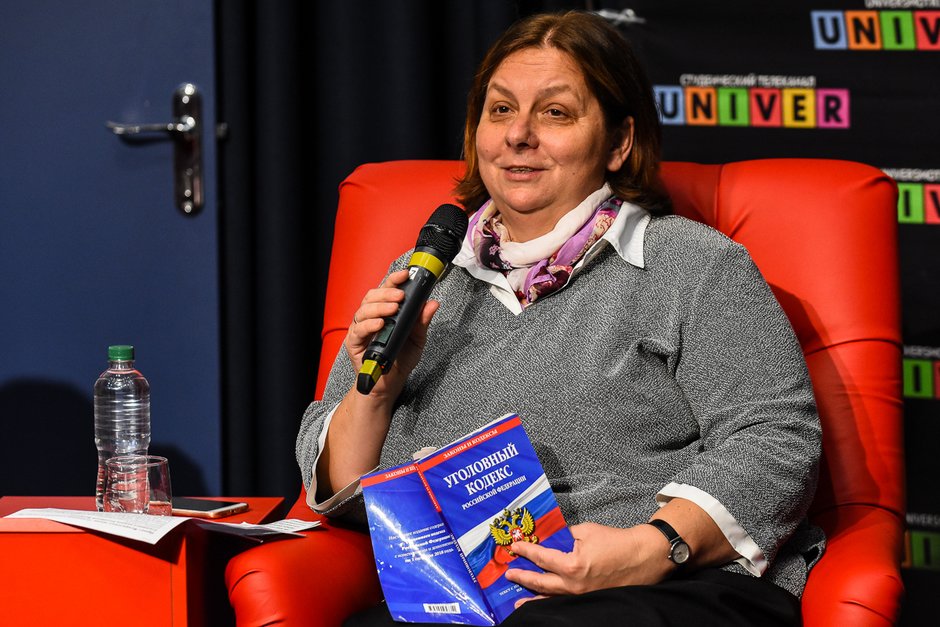 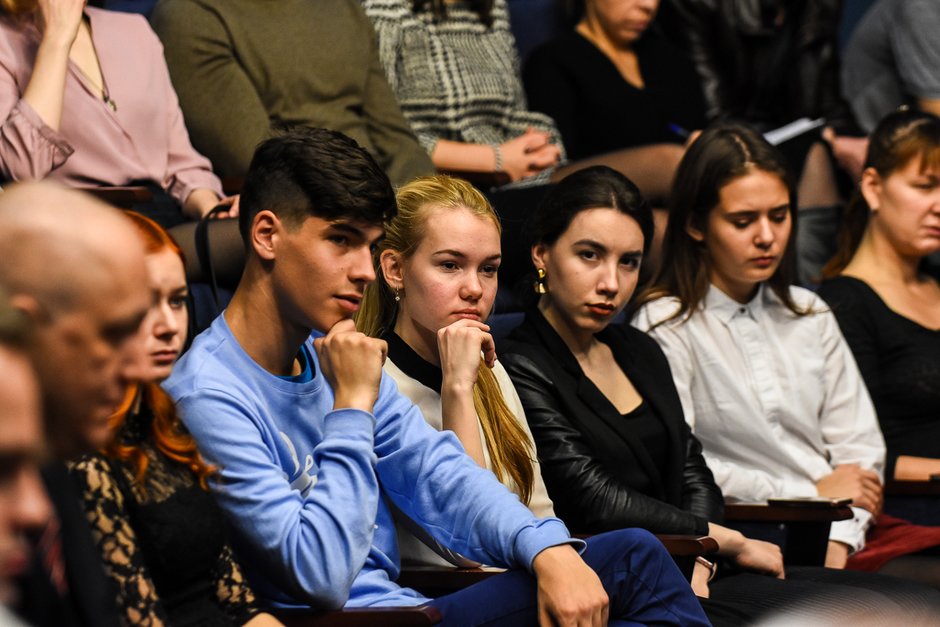 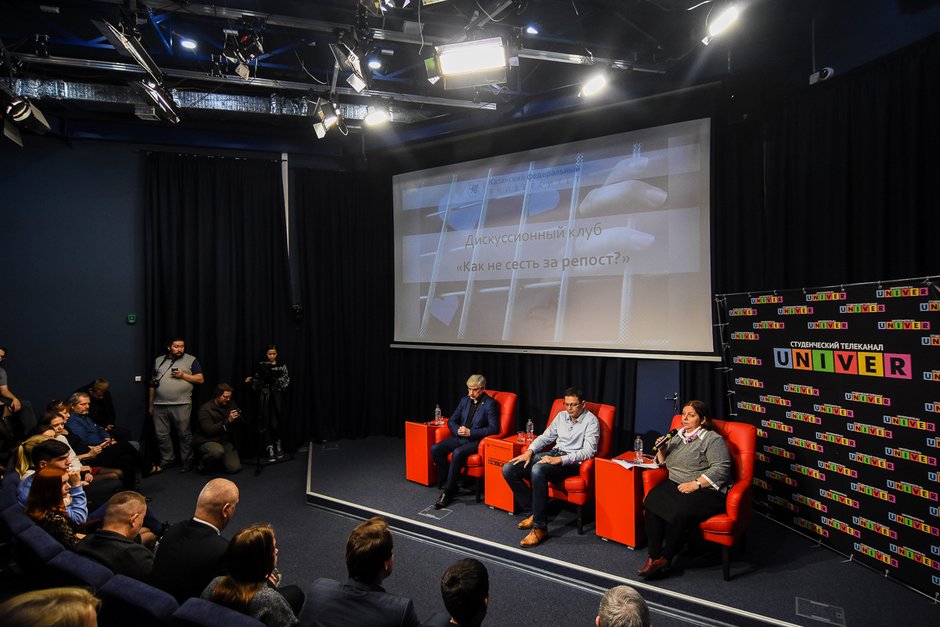 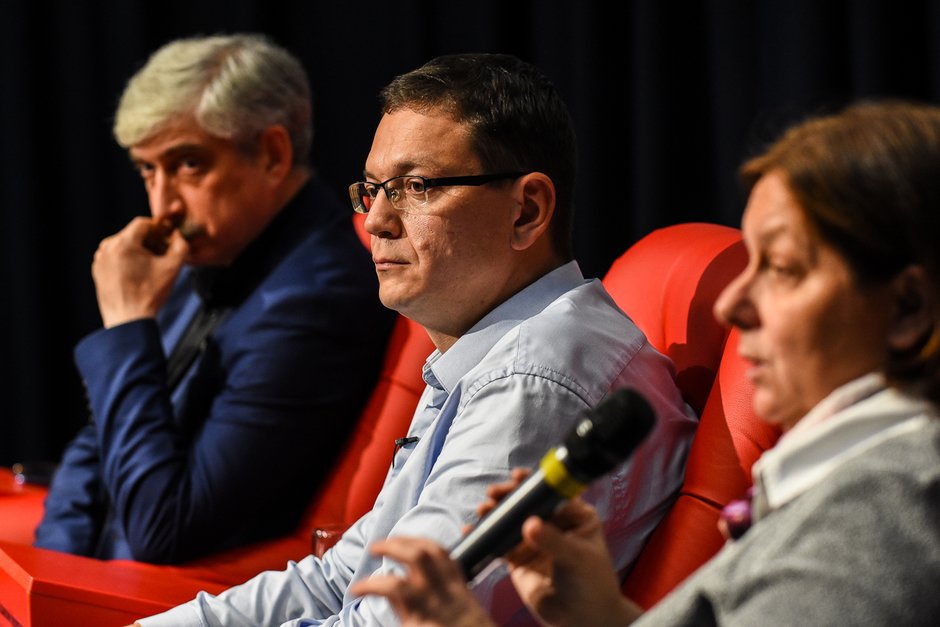 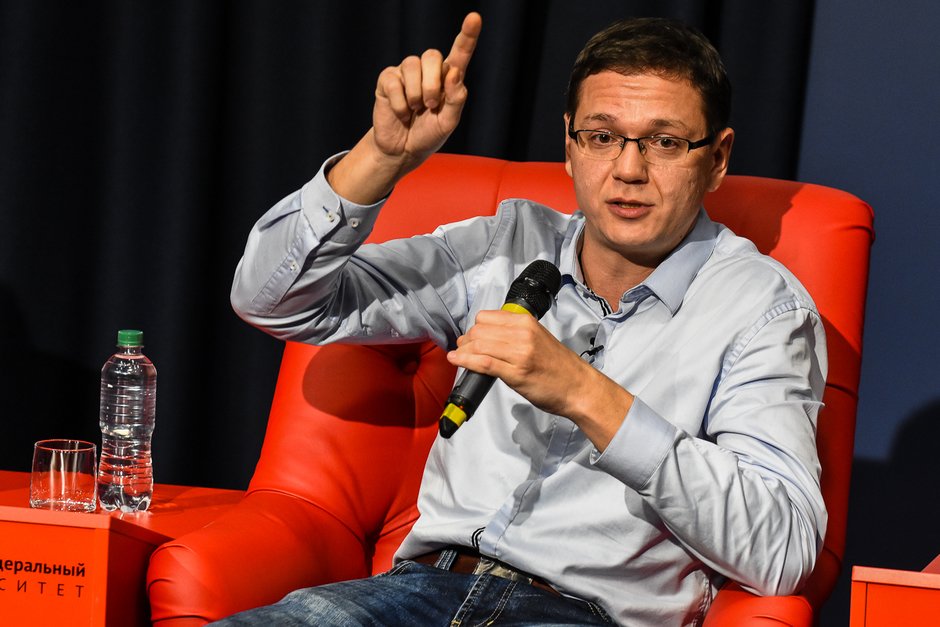 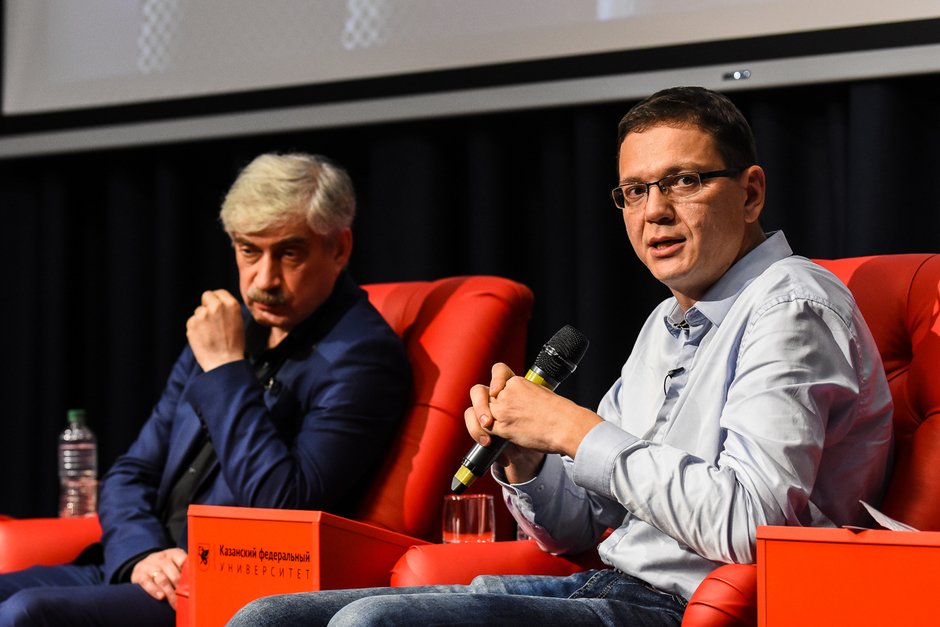 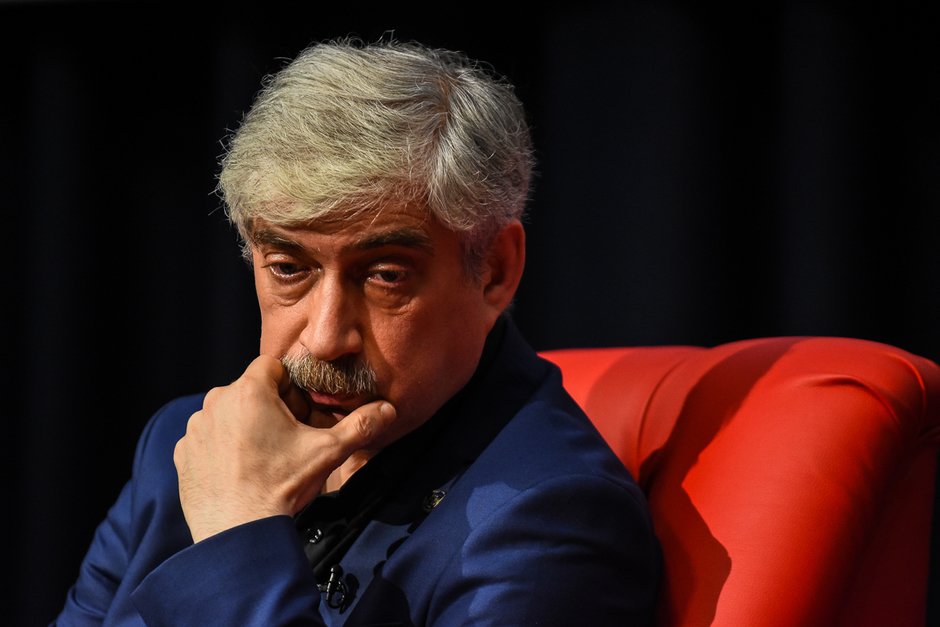 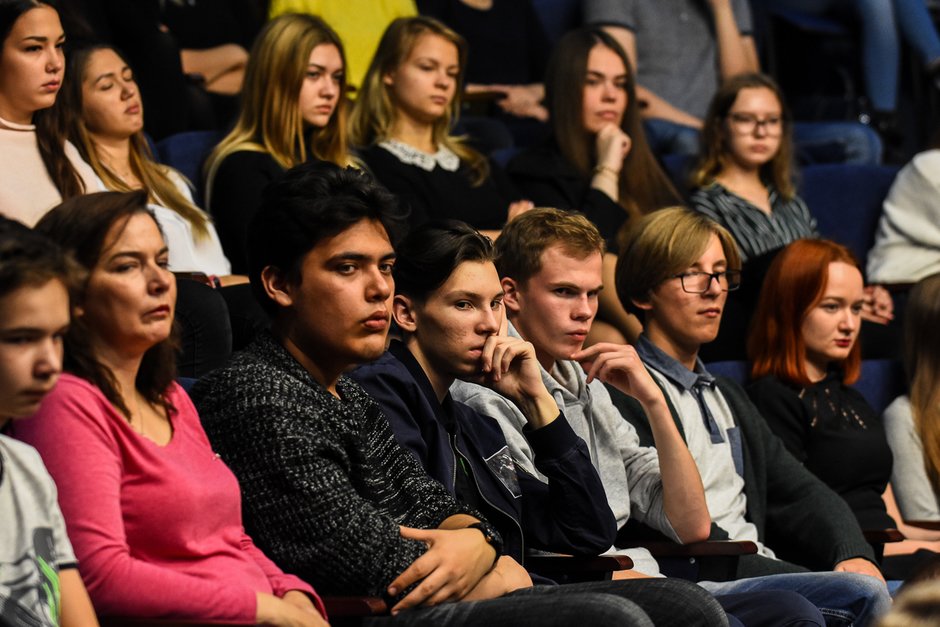 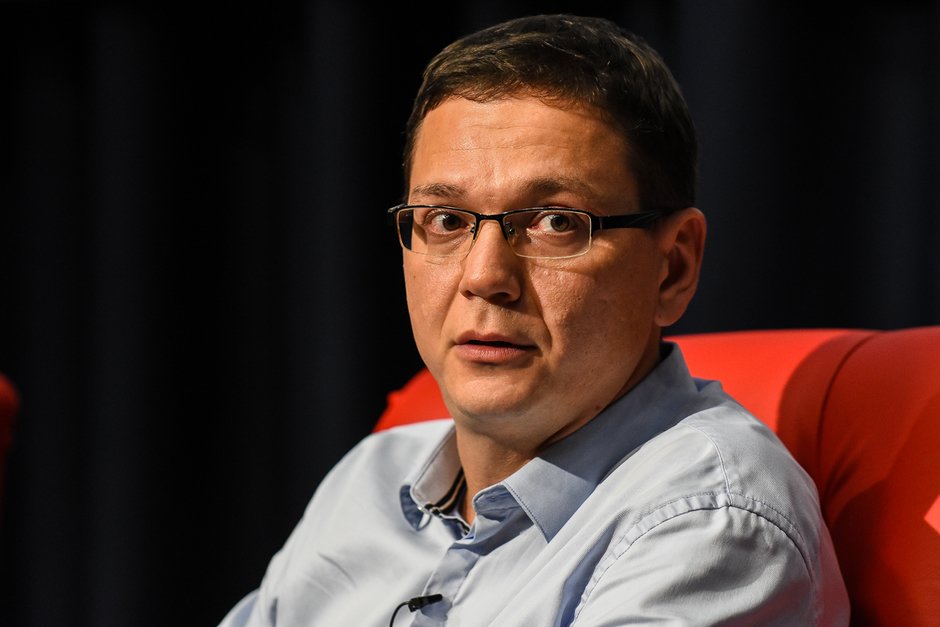 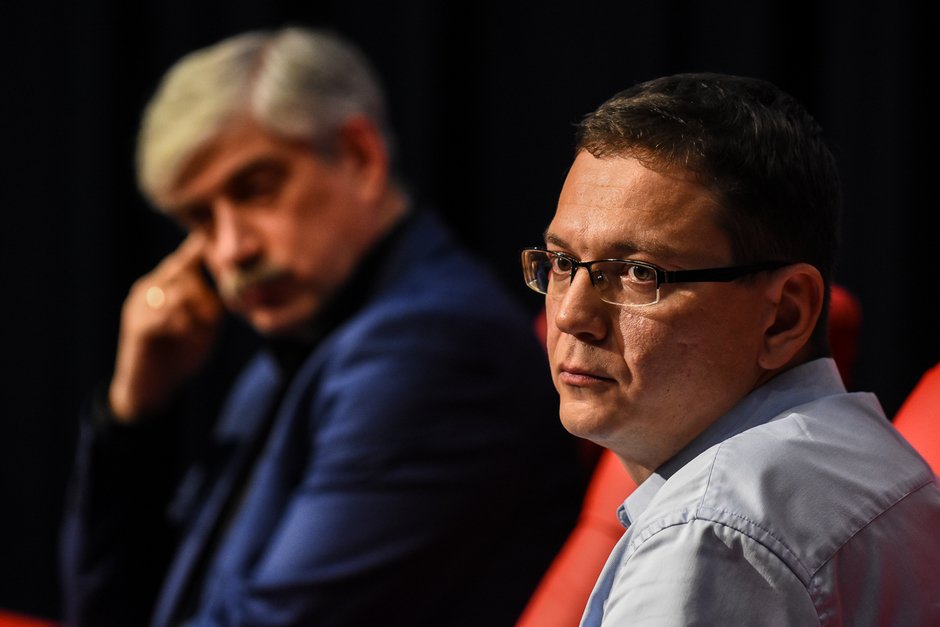 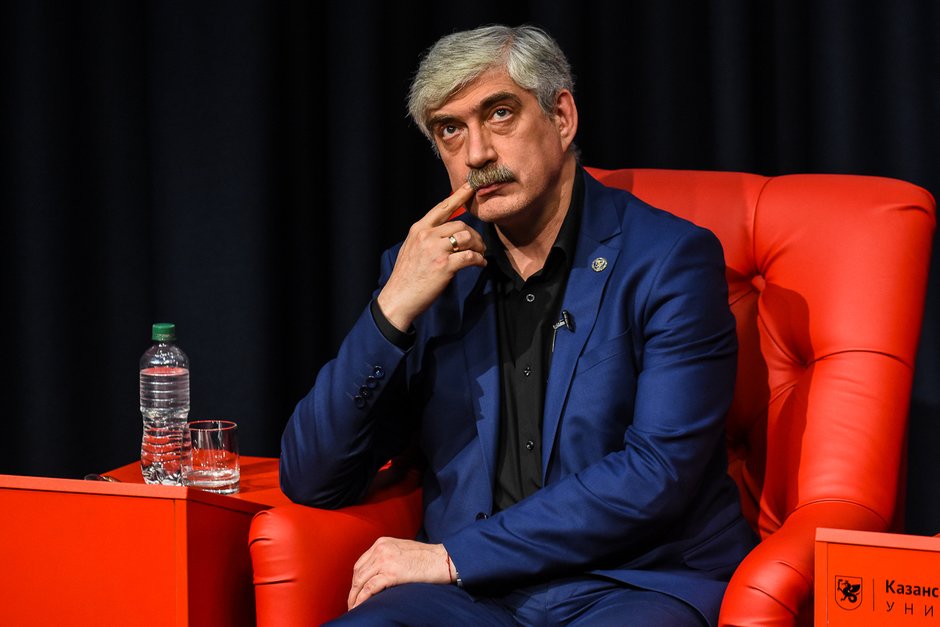 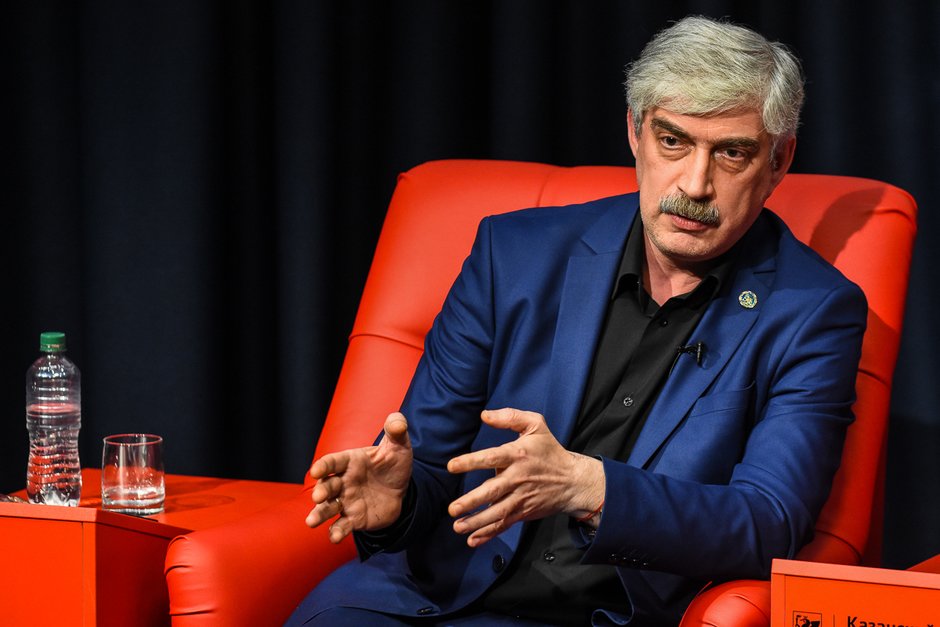 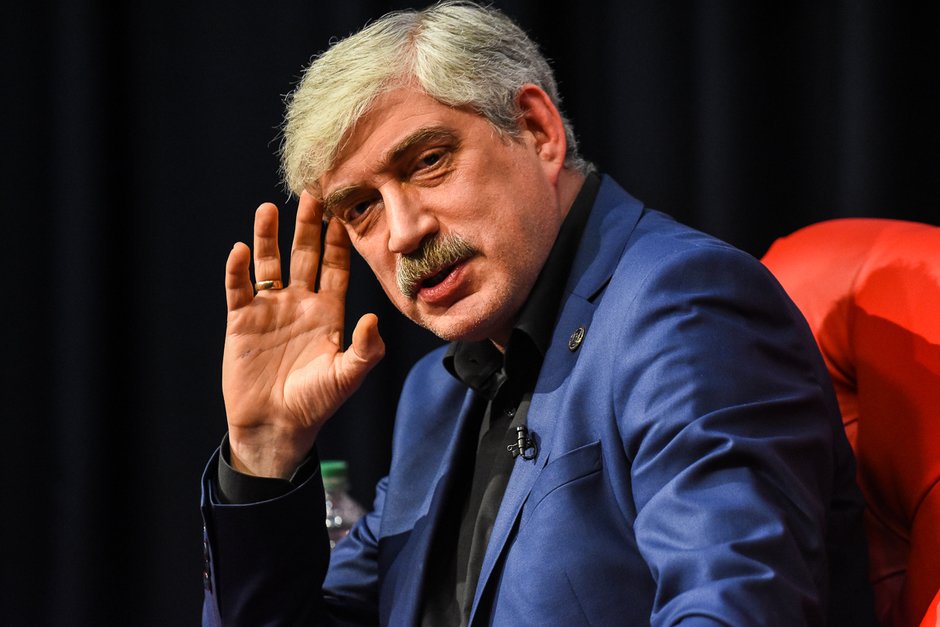 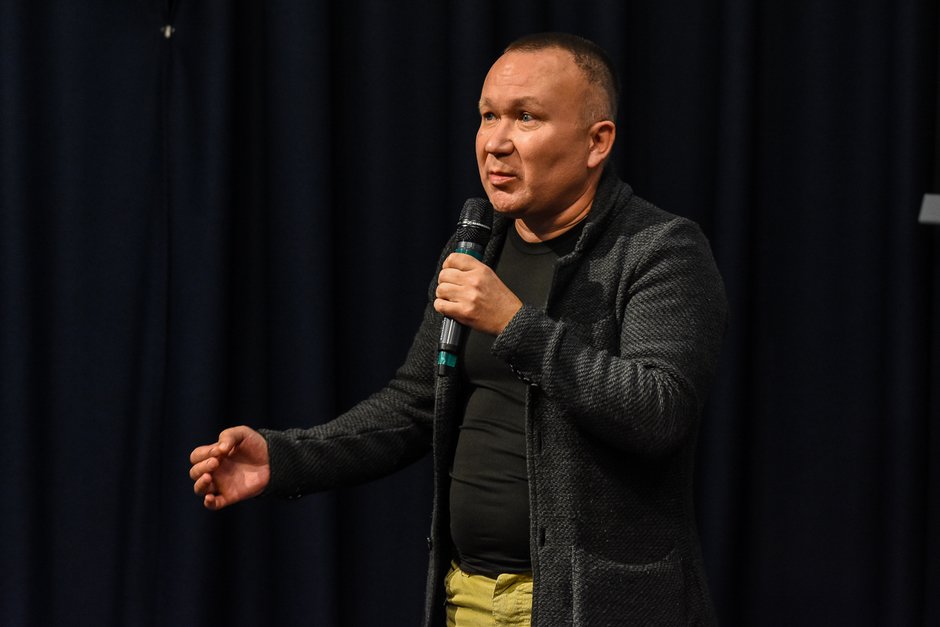 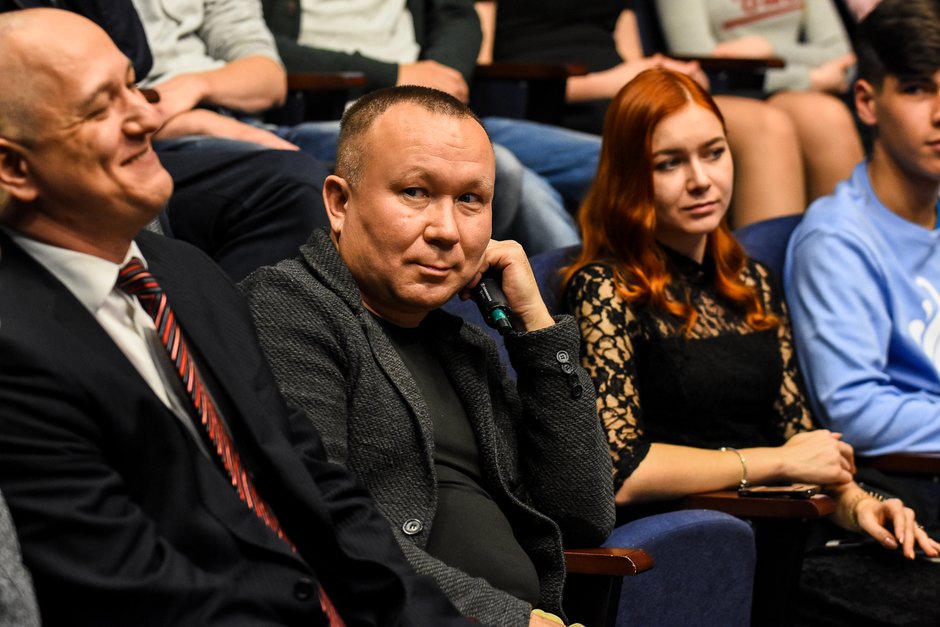 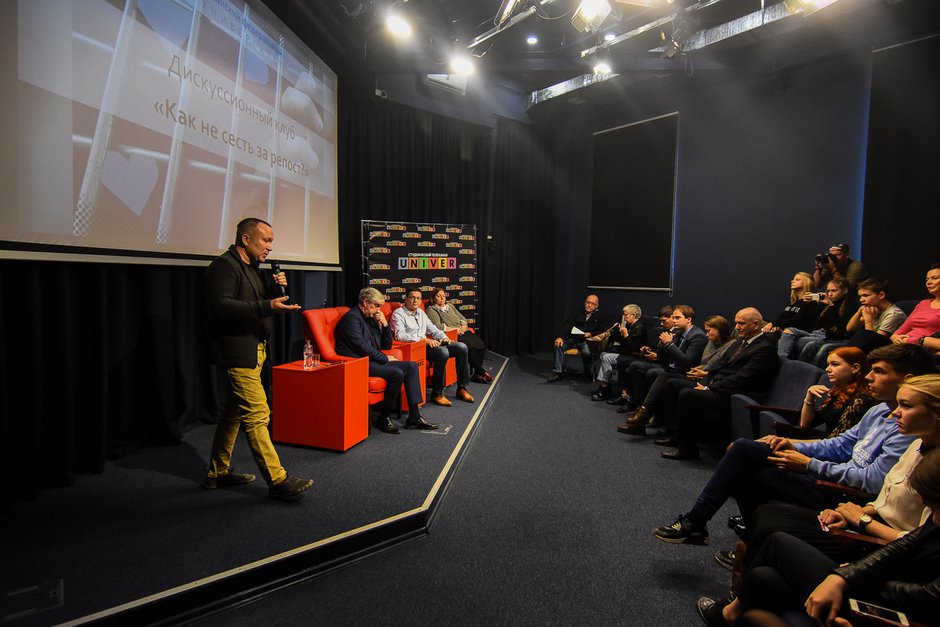 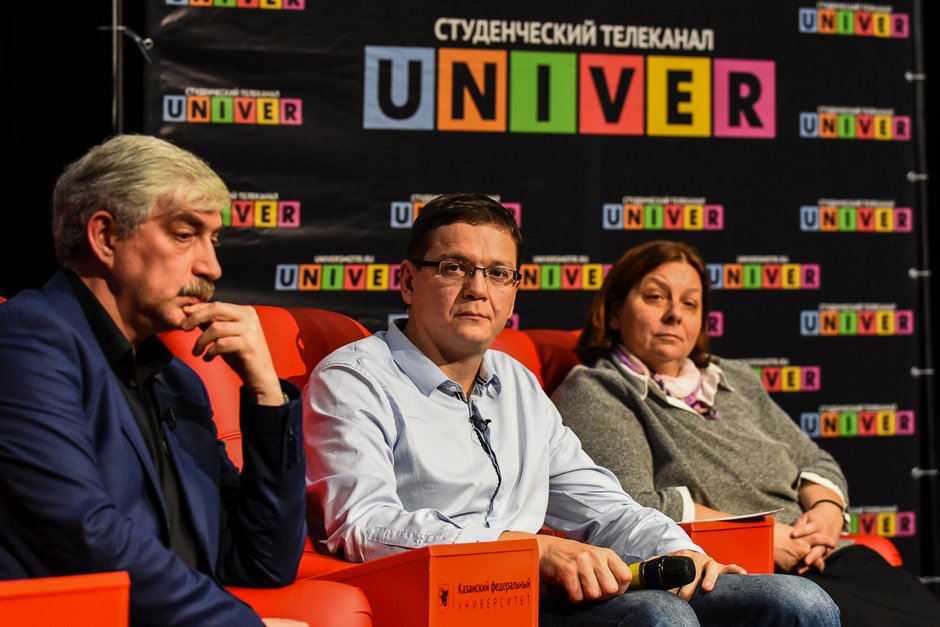