Public debt and the debt burden of the federal subjects of Russia have decreased in 2018. But not in Mordovia

The regions of Russia are gradually reducing the amount of public debt: it has decreased by 2,6% over the year. Less acute this year has been the problem of debt burden. There are five federal subjects whose liabilities exceed their own revenues left, although a year earlier they were eight. At the same time, the most credited region — Mordovia — is getting worse. Read more in the review of Realnoe Vremya.

The Kremlin's plan is half implemented

Almost a year ago, President Vladimir Putin announced a reset of public finances, within which the federal subjects of Russia had to restructure their budget loan debts. This had to be done in order to solve the tangle of obligations — because of the 2012 May Decrees, the regions began to increase the scale of borrowings, some of them eventually accumulated a critical level of debt.

The restructuring programme began in 2018 and will last 7-12 years. Its conditions are such that in the first two years the regions are to repay only 5% of the debt to the federal budget. This repayment schedule was expected to allow them to release 428 billion rubles. Then it all depends on the results: the subjects in which tax and non-tax revenues grow faster than inflation will receive the maximum installment plan.

The restructurisation was not only to remove the problem of excessive debt (according to Putin, the payment of loan interest took about a third of the own revenues of regional budgets), but also to minimize budget borrowing — especially popular because of their favourable conditions.

The plan only half worked. Although over six months since the launch of the programme the situation has improved. The total amount of the public debt of the federal subjects has really decreased, as well as the debt burden (the ratio of obligations to own income). However, the share of budget loans in the structure of regional debt, on the contrary, has increased from 49% as of 1 August 2017 to 51,7% as of 1 August 2018. According to the ministry of finance of Russia, the budget loan debt from August last year to August 2018 increased by 2,9% — to 1,1 trillion rubles. This is strange, given that this year Moscow has refused to lend to the regions — the current budget does not provide money for this, says Alexander Deryugin from the Institute of Applied Economic Research at RANEPA. Most likely, the thing is in the loans, which are issued to the subjects by the Federal Treasury when a cash shortage occurs. According to the documents, these loans are also registered as budget ones.

The trend of the last two years has been the growth in the popularity of bond loans, although in 2006-2016 their share in the total structure of liabilities has been steadily declining, Deryugin notes. As of 1 August 2018, almost 26% of the regions' debt is security debt (a year earlier — a little more than 20%). 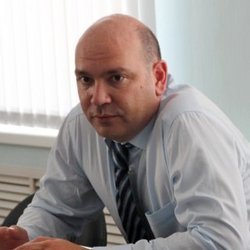 According to Vladimir Redkin from Fitch Ratings, most actively the regions issued bonds last year. In 2018, the increase was mainly due to three large floatations — Krasnodar Krai (attracted 10 billion rubles), Samara Oblast (8 billion rubles) and Yakutia (5,5 billion rubles). Over the year, bond loans of the regions were repaid by about 16 billion rubles, thus, the net increase amounted to about 7,5 billion.

''Previously, the agitation aimed at attracting regions to the public debt was not conducted as it is now. Bond rates were expensive, the floatation procedure was very complicated, and the regions were reluctant to enter the public market. It was easier for them to get budget and sometimes bank loans,'' says Gulnaz Galieva, the director for corporate and sovereign ratings at Expert RA Agency. Now the rates have decreased, and for some subjects of the Russian Federation with high credit quality the bond loan can be cheaper than the bank one.

The total public debt of Russian regions has decreased by 2,6% to 2,16 trillion rubles as of 1 August 2018. In absolute figures, the largest amount of liabilities was accumulated by Krasnodar Krai — more than 128,9 billion rubles. The top five regions with the highest debt also include Krasnoyarsk Krai (Krasnoyarsk hosts 2019 Winter Universiade), Moscow Oblast, Tatarstan and Nizhny Novgorod Oblast.

The obligations of two entities (Sakhalin Oblast and Sevastopol) at the beginning of August were equal to zero; the total debt of Tyumen Oblast, Altai Krai and Altai Republic was less than 3,5 billion rubles — it is less than the absolute majority of the regions separately.

In general, the problem of debt burden has become less acute in the country. At the beginning of July 2017, the total debt of regions and municipalities reached 51,8% of their own revenues, and by July 2018 it decreased to 46,4%. 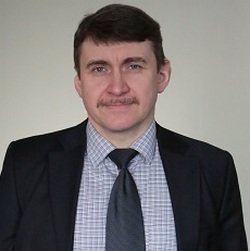 According to Alexander Deryugin, the number of over-credited entities whose liabilities exceeded tax and non-tax revenues also decreased: last year at the end of July there were eight of them, now there are five (Smolensk Oblast, Karelia and Kabardino-Balkaria dropped out).

The Jewish Autonomous Oblast, Karachay-Cherkessia, Khakassia, Kostroma Oblast, and Mordovia remain in this category. The first four subjects' debt is 104-119% of own income. In Mordovia, it reaches almost 250%. ''It [Mordovia] is getting only worse. Over the years, just a crazy growth of the debt burden,'' says Deryugin.

In general, he admits, the situation has begun to gradually getting better, it is the merit of restructuring and other factors.

Gulnaz Galieva believes that the role of restructuring was not decisive — it is rather the general economic situation. The previous year was quite successful for the regional budgets, many entities exceeded the revenue plan and directed excess revenues to repay the debt.

In the first six months of 2018, the overall financial result of the regional budgets remained positive — according to Rosstat, revenues exceeded expenditures by 507,9 million rubles. Meanwhile, 25 regions finished the six month of the year with a deficit (the largest was again in Mordovia — more than 5 billion rubles).

Volga Federal District owes the most

Despite the fact that the subjects with the highest obligations are located in the Southern and Siberian Federal Districts, the Volga region takes the first place among the districts in terms of the volume of debt. Fourteen regions of the Volga Federal District accumulated nearly 528 billion rubles of debt — almost a quarter of the obligations of all regions of Russia put together. In addition to Tatarstan, Nizhny Novgorod Oblast and Mordovia, which have been mentioned above, a relatively large public debt in absolute terms — in Samara Oblast and Saratov Oblast. Chuvashia and Perm Krai have the smallest obligations.