''It’s not only desired but life-saving'': Kazan Helicopters pray for $1,13bn Indian contract

The epic signing of a $1,13bn Indian contract for Kazan Helicopters is coming to an end. The agreement to supply 48 Mi-17V-5 helicopters will be signed again at the upcoming Russian-Indian summit with Vladimir Putin and Prime Minister of India Narendra Modi. ''The chance of signing is very high, as the Indian side confirmed as early as July it's ready to sign the agreement,'' forecasts expert of the Research Institute of World Economy and International Relations, Russian Academy of Sciences Aleksey Kupriyanov. Meanwhile, the Federal Air Transport Agency is going to complete the validation of light-weight multi-purpose Ansat helicopter and a competitive Mi-171А2 helicopter from Ulan-Ude for the Indian market.

In expectation of Indian talks

It became known on 28 September that Russian President Vladimir Putin would have talks with Prime Minister of India Narendra Modi during a Russian-Indian business summit, which will be on 4 and 5 October in Delhi. It's said in the Kremlin's message that key aspects of the further development of Russian-Indian special privileged strategic partnership will be considered. Several bilateral documents will be signed after the talks.

The Russian Military and Industrial Complex waits for the activation of $7,7bn export contracts sealed by an intergovernmental agreement two years ago before the October summit. It includes a contract to supply 48 Mi-17V-5 helicopters made by Kazan Helicopters. Its accurate value wasn't named officially, but it's estimated at $1,13bn. Kazan Helicopters scheduled the construction of the first 15-20 bodies in classical modification at its own risk to commission the first lot of helicopters during the first year of the export contract's application. Photo: Maksim Platonov

Our sources in the Tatarstan Defence and Industry Complex are afraid to jinx its signing. ''We've been waiting for its signing for too much: next year's production programme will collapse without it,'' a representative of Kazan Helicopters management company explained. According to him, the factory scheduled the construction of the first 15-20 bodies in classical modification at its own risk to commission the first lot of helicopters during the first year of the export contract's operation. He hopes there won't be unpleasant surprises in Delhi, as the contract to supply Mi-17V-5 military and transport helicopters to India has been completely approved.

Officials of the Federal Service of Military and Technical Cooperation (FSMTC) of Russia also claimed many times the total readiness of the agreement to be signed. The agreement is as accurate as possible. ''The technical appearance of the helicopter was completely approved. India's officials have the last word. They are to make the final decision on signing of the agreement,'' deputy head of the FSMTC Vladimir Drozhzhov told journalists earlier. Previously, the administration of Rosoboronexport expected to sign it in March, but something went wrong.

Indian intrigues around Make in India 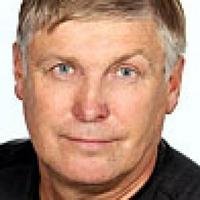 The causes of the force majeure weren't called. But as experts in external economic cooperation suppose, the fluctuations can be linked with political infighting in India. ''Make in India state programme aimed to develop the country's production capacities launched in the country several years ago,'' explains senior research fellow of the Zhukovsky Academy, expert in helicopters Yevgeny Matvetev. ''In this strategy, India tries to interest helicopter producers to localise their factories in this country by all means. This is why when purchasing new helicopters, they became more scrupulous and don't rush to sign contracts, they constantly change conditions. In a word, there is agitation among political infighting circles, which also affects the relationship with Russian aviation machinery producers.''

In general, India is a lasting and big partner of Russia in military and engineering cooperation. Kazan Helicopters, which has activated supplies since the early 90s, is still the major supplier of the middle-class Mi-17V-5 helicopter. Now this country uses over 150 helicopters of this kind. In 2008, the Indian Air Force purchased 80 helicopters for more than $1,3bn and additionally ordered another 71 vehicles four years later. Kazan Helicopter was the designer.

The enterprise completed the execution of the biggest Indian contract in its history two years ago. The factory hadn't had contracts in the expectation of the next export orders since then. At the meeting with the staff of Kazan Helicopters in March, Tatarstan President Rustam Minnikhanov asked Director General of Russian Helicopters holding Andrey Boginsky when the order was expected. ''The topic is really long overdue,'' the head of Russian Helicopters agreed and noted that Rosoboronexport was the signatory of the contract in Russia. However, he assured it was really possible to finally sign it in 2018. Boginsky hoped the agreement could be signed in April, by the visit of the minister of defence of India to Russia. ''We suppose the signing will be between these dates,'' he marked possible terms.

Kazan blazed a trail 30 years ago

''The chance of signing the helicopter contract in Delhi is very high,'' supposes expert of the Research Institute of World Economy and International Relations, Russian Academy of Sciences Aleksey Kupriyanov. ''The Indian side confirmed as early as July it's ready to sign the agreement.''

Why? ''Today India is trying to create its own helicopter production, which would meet demands of military and civil clients,'' Kupriyanov explains. ''This is why the authorities choose between Russian, US and European producers (AgustaWestland, Eurocopter, Airbus Helicopters).'' At the same time, they meet standard business requirements – the next aspects play the key role: firstly, the price, secondly, the compliance with tender conditions and the client's needs, thirdly, the localisation level for Make in India, Kupriyanov indicated. According to them, the Russian Mi-17 helicopter suits the Indian's preferences best.

''This machine has recommended itself well since the early 90s when Kazan Helicopters entered the Indian market,'' Yevgeny Matveyev agrees. ''The clients thoroughly examined the technical documentation, operating experience is huge,'' he's sure. ''It's a long-awaited contract, and the situation at Kazan Helicopters is so that it's not only desired but life-saving at the moment. It's very needed,'' Matveyev emphasises. ''This contract will highly likely be given to Kazan. Nobody will win it,'' Yevgeny Matveyev is sure. Photo: Maksim Platonov

On the other hand, he supposes the political fluctuations don't mean the deal will be certainly sealed. But the main advantage of Russian machines is that ''they are cheaper than its rivals, in general, and Russian producers have a greater desire to localise factories,'' Aleksey Kupriyanov doesn't share his fears.

At the same time, Russia is also ready to offer the Indian Air Force new modifications of Russian helicopters. The Federal Air Transport Agency intends to complete the validation of the updated version of the Mi-171A2 helicopter, which has been recently put into serial production in the Ulan-Ude Aviation Plant, and light-weight Ansat. The air transport agency's delegation took part in the seventh meeting of the Russian-Indian subgroup on cooperation in civil aviation engineering in New Delhi on 28 and 29 August, the agency's press service said. ''Issues of the upcoming signing procedures of the accomplishment of the Russian-Indian intergovernmental agreement to increase flight safety as from 14 February 2001 were approved at the meeting, which will enable to provide export supplies of Mi-171A2 helicopters to the Indian market and the validation of Russian aircraft certificates by the Indian side,'' the message says. After the meeting, representatives of the Ministry of Industry and Trade of Russia and the Ministry of Civil Aviation of India signed a protocol that sealed the agreement of the Federal Air Transport Agency and the general directorate of civil aviation of India on reaching the stage of the signing of execution procedures till the end of 2018. 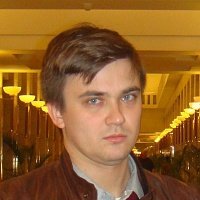