A billion for certification: why does military-transport Mi-38 need civil version?

The 30-year epic with the restart of Mi-38 heavy helicopter in mass production, designed in the 1980s to replace the world bestseller Kazan Mi-17 helicopter, is nearing its completion. The ministry of industry and trade of the Russian Federation has allocated almost 1 billion rubles of state subsidies for the certification of the military helicopter Mi-38, but in the civilian version. Moreover, the transformation of the military helicopter into passenger one is urgent — by December 15 this year, the civil Mi-38 is to pass flight tests with the signing of acts for further obtaining the certificate of Rosaviation. Experts of Realnoe Vremya believe the haste is reasoned by the fact that after the commissioning of the first military transport helicopter Mi-38 for the needs of the Russian air force, which theoretically is to take place this year, Kazan Helicopters can get a contract for the production of civilian helicopters in VIP configuration for the top officials of the ministry of defence.

The contest for the certification of Mi-38-2 is open

One lot is submitted to the open competition, which provides for a cycle of design and development works and a programme of various flight tests. The cost of the state contract will be 994 million rubles — just as much is allocated from the federal budget for the completion of certification works of the civil version of Mi-38 (in the tender documentation it is designated as the Mi-38-2 model). Applications for the contest are accepted until August 27. The winner will be determined on August 31. After that, the ministry of industry and trade of Russia will complete the financing of the project.

The defence ministry is waiting for the prototype model

This year, the Kazan Helicopters plant of the Russian Helicopters holding has resumed the production of the Mi-38 heavy helicopter, which was initially positioned as a military transport helicopter, after a long break. On 30 December 2015, the helicopter developed by the Mil Moscow Helicopter Plant, obtained a certificate from the Federal Air Transport Agency, which has opened the way to the sky. By virtue of its appointment, its starting customer was the ministry of defence of the Russian Federation. However, the Russian military is now waiting for not serial, but only the first prototype model from the Kazan manufacturer. Andrey Boginsky called the start of the production of Mi-38T ''a significant step'' and the helicopter itself ''the latest machine, which had no analogues in the history of the domestic helicopter industry''. Photo: arms-expo.ru

In August last year, Russian Helicopters reported that ''the Mi-38T prototype will be used to conduct joint flight tests for compliance with the requirements of the armed forces and, based on their results, further purchases of the Mi-38T helicopter will be planned for the needs of the aerospace forces within the state armament programme 2018-2025.''

CEO of the holding Andrey Boginsky called the start of the production of Mi-38T ''a significant step'' and the helicopter itself ''the latest machine, which had no analogues in the history of the domestic helicopter industry''. The holding explained its uniqueness by the fact that the military Mi-38T will be avionics ''of exclusively Russian production''. ''Mi-38T helicopter, which assembly is carried out on the production capacities of the plant, differs from the basic certified helicopter Mi-38 by a number of parameters and the composition of the equipment. The assembled helicopter will be composed of units and components exclusively of Russian production,'' emphasized in the message of the company. It is expected that the Mi-38T should be handed over to the military this year. But, as they admitted in Kazan Helicopters, it still unclear when the military will want to receive the helicopter, and respectively, the date of commissioning of the first Mi-38 remains uncertain. However, with the production of civil modification of Mi-38-2 is no more clarity, as there are no firm contracts yet, they noted in Kazan Helicopters. Let us remind that Mi-38-2 is the modification with domestic engines TV7-117, while the model Mi-38-1 is equipped with foreign engines of Pratt & Whitney.

Nevertheless, the process of certification cannot wait. As it is seen from the tender documentation, the works to expand the operational capabilities of Mi-38-2 helicopter must be completed in record time — until December 15 this year. To do this, it is necessary to conduct additional flight tests: instrument flights (IFR), operation at high and low temperatures (from -50°C to +50°C), at high-altitude airfields. Besides, the work must be carried out to increase the life of the machine, its units and systems (up to 1,000 or more hours).

''The design and development works are aimed at expanding the operational capabilities of the Mi-38-2 helicopter to ensure its competitiveness,'' the tender documentation says. ''The Mi-38-2 helicopter has a high competitiveness, which creates conditions for its sustainable sales in the domestic and global markets in the next 25-30 years, both in the civil sphere and for use in the interests of law enforcement agencies. The expected production volumes will ensure a stable load of Kazan Helicopters PJSC (the manufacturer of Mi-38-2 helicopter), Klimov JSC (the supplier of TV7-117V engines) and many domestic enterprises — the suppliers of components and finished products. The high competitiveness of this helicopter is confirmed by five world records set at the stage of flight and finishing tests of the Mi-38-1 model, which is the prototype of the Mi-38-2 helicopter. For the successful promotion of the MI-38-2 helicopter to the markets, it is necessary to further expand its operational capabilities through ensuring flight operations through instrument flight operations, operating at temperatures in the range of ± 50°C, in icing conditions and in high mountains. It is extremely important to work on further increasing the resources of the helicopter as a whole and its units and systems.'' 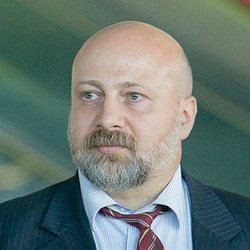 The Mil Moscow Helicopter Plant refused to comment on the implementation of the Mi-38 programme, referring to the ban on communication with the media. ''Mi-38 is the deep modernization of the Mi-8. In fact, it is a new helicopter, which has high expectations,'' said the head of the project Aviation of Russia Andrey Velichko. ''The only twin-engine competitor of Mi-38 on the market today is French Airbus Helicopters H225 with a capacity of up to 5,500 kg. But the useful volume of its ''hold'' is only 15 cubic metres, almost two times less than that of Mi-38.'' According to him, the replacement of the long-term bestseller of the world helicopter market was thought about already in the USSR, when in 1981 the development of the Mi-38 project began. ''Alas, the collapse of the country and the subsequent confusion in the economy postponed the implementation of this project for decades, and only on 30 December 2015 a landmark event occurred when the Mi-38 obtained a certificate of the Federal Air Transport Agency,'' he recalled.

Does the civil new development have market prospects? Who will buy it? The most interesting thing — how competitive will it be next to the Mi-17? Independent experts disagree, taking absolutely polar positions. Expert on helicopter subjects, senior researcher at Zhukovsky Academy Yevgeny Matveyev is sure that the civil ''heavyweight'' has not very bright prospects in export markets. ''To date, there is very tough competition in this industry, demand exceeds supply in the market, but they do not buy. There is no sales leader here. This year, each of the flagship helicopter companies sold only one car: Airbus, Sikorsky, but they managed to sell Leonardo several cars to the Norwegian search and rescue service. But they are not quite civil, but paramilitary. On the one hand, it is not patriotic to talk about difficult prospects, but we need to face the truth,'' he concluded. The works to expand the operational capabilities of Mi-38-2 helicopter must be completed in record time — until December 15 this year. Photo: Maksim Platonov

However, the head of the project Aviation of Russia is more optimistic. ''In 2016, the sale of civil helicopters of the Russian production amounted to 16 units, but in 2017 about 70 helicopters were sold,'' Andrey Velichko described the trend for the increase of demand for civilian helicopters.

Among the versions that are proposed, the civil certification may be required for the production of passenger helicopters in VIP configuration for the top officials of the ministry of defence of the Russian Federation.