Foreign currency under the mattress: Russian banks lose profits and savings of Russians at $9 billion

Due to unattractive rates, the population and companies are taking foreign currency out of banks: $9,4 billion have been withdrawn from deposits over the fisrt six months of the year. The loan portfolio of banks is growing very unevenly: the dynamics in the retail segment is more than two times higher than in the corporate one. The financial result of the sector in January-June decreased by more than 21% — problem banks deducted 246 billion rubles from the common pot. Realnoe Vremya studied these and other indicators of the banking sector in the first half of 2018.

Figures: minus six banks and the outflow of the foreign currency

In June, compared with the previous month, the Central Bank of Russia neither reduced nor increased the activity of the sector's cleanup: six banks retreated in a month; thus, there remained 524 operating credit institutions as of July 1. Most of those who left the market have their licenses revoked. It is Rublev Bank and Mosuralbank (Moscow), Voronezh Bank, Russky Natzionalny Bank from Rostov-on-Don, and Boom-Bank from Nalchik. They were in the first-third hundred by size and failed because they accumulated a critical mass of bad assets. In addition, some of them, the regulator stated, concealed a deplorable financial situation, using the scheme operations.

Banking sector assets increased by 0,6% to 86,59 billion rubles from June to July. In the first half of the year, the overall growth was 1,6%. Almost 60% of all assets are concentrated in the five largest credit institutions, and the share of the top twenty accounts for almost 80%.

More than 67% of the total bank assets are occupied by the loan portfolio, which is growing very unevenly — the volume of loans to the population is increasing more than twice faster than the portfolio of the organizations. From January to June, the loan portfolio of organizations (except financial) increased by almost 4% to 31,4 trillion rubles; at the same time, the volume of loans to individuals increased by 9,2%, amounting to 13,3 trillion rubles as of July 1. Such appetite of the population for loans even has even caused alarm among the representatives of the Central Bank, but more on this — below. Most of those who left the market have their licenses revoked. It is Rublev Bank and Mosuralbank (Moscow), Voronezh Bank, Russky Natzionalny Bank from Rostov-on-Don, and Boom-Bank from Nalchik. Photo: 74.ру

The level of overdue debt for six months increased slightly in the corporate segment and decreased in the retail segment: at the beginning of July it was 6,7% and 6,1%, respectively. The reduction in retail overdue, however, may be due to the strong dynamics in this segment — the overall level of problem indebtedness is liquidated through new loans.

Total liabilities of the banking sector since the beginning of this year have increased by 1,6% to 86,6 trillion rubles, and compared to 1 July 2017 — by 7,2%. The increase in deposits of the population from January to July was 3,9%, and from July last year — 8,4%. Deposits and other borrowed funds of the companies for six months increased more significantly — by 6,6% from the beginning of the year and by 10,1% by July last year. 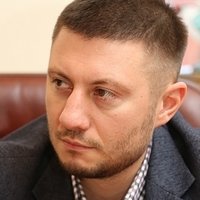 Irina Nosova, Deputy Director of ACRA bank ratings group, believes that the reason is the Central Bank's course on the dollarisation in the banking sector. The decrease in demand for foreign currency loans from the population and companies entails a reduction in the need for foreign currency liabilities, which may also be associated with the risks of devaluation, she says. 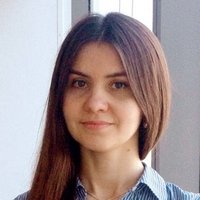 Profit: a heavy burden of the Moscow ring

The financial result of the sector (profit minus losses) in January-June was much worse than it was a year earlier: 634 against 770 billion rubles (-21,5%). The Central Bank blames the credit institutions, reorganized by the Banking Sector Consolidation Fund (FCBS) — today it is the FC Otkritie, B&N Bank, Promsvyazbank, Sovetsky Bank, Rost Bank, Trust and AVB Bank. Without them, the regulator points out, the total profit would have been 880 billion rubles.

379 banks finished the first six months of the year with profit, but more than half of its total amount (605,8 billion out of 1 trillion rubles) were received by only five players: Sberbank, VTB, B&N Bank, Alfa-Bank and Gazprombank. The list of banks with the highest profit this time included Sovetsky bank from St. Petersburg, which in recent years has experienced several unsuccessful attempts of rehabilitation, including with the participation of Tatfondbank. Now, under the wing of the FCBS, it earned 12,13 billion rubles. Also, the top 10 by profit included UniCredit Bank, Raiffeisenbank, Sovcombank and Tinkoff Bank.

The dynamics of profit varied. For example, the result of Sberbank compared to the first half of 2017 increased by 25,5%, VTB and Alfa-Bank had an increase of more than three times; meanwhile, the profit of Gazprombank decreased by 10,3%, Tinkoff Bank — by 4,9%, and Raiffeisenbank — by 22,7%. 379 banks finished the first six months of the year with profit, but more than half of its total amount (605,8 billion out of 1 trillion rubles) were received by only five players: Sberbank, VTB, B&N Bank, Alfa-Bank and Gazprombank. Photo: Oleg Tikhonov

145 banks (28% of the number of operating ones) suffered a total loss of 368 billion rubles. Almost 60% of this loss, or 220,1 billion rubles, was generated by Avtovazbank from Samara, the sole owner of which is now the Central Bank. Trust, Rost Bank and Promsvyazbank suffered a loss of more than 99 billion rubles.

Only two local banks — IK Bank and Altynbank – were unprofitable in January-June. Their overall negative result was 109,9 million rubles.

On June 27, a meeting of the Board of Directors of the Bank of Russia was held, which many analysts called boring and unprincipled in advance, being sure that the regulator would not reduce the key rate. And so it happened. Moreover, the statement of the Central Bank on the results of the meeting was extremely straightforward. It reported that the transition to a neutral monetary policy, which is to be completed this year, is likely to be extended to 2019. The main reason is the expected acceleration of inflation due to the increase in VAT and the resulting general uncertainty.

In July, the Central Bank decided on how to increase the risk factors for unsecured consumer loans: in the autumn they will grow by 30-60% of the current level. Thanks to this, the regulator expects to discourage banks to lend to borrowers with a high degree of risk and prevent a bubble in consumer lending. Recently, the management of the regulator has repeatedly stated about the risks of overheating in this segment — people take new loans in the conditions of stagnation of real incomes. RBC earlier this month published a letter of the head of Sberbank German Gref to President Vladimir Putin, in which the banker warns of possible problems of oil refining companies and banks lending to them in connection with the tax maneuver in the oil industry. Photo: Oleg Tikhonov

From 1 January 2019, bank deposits of small enterprises will be insured similarly to the funds of individuals and individual entrepreneurs — at the end of July, the State Duma adopted the relevant law in the third reading. The maximum amount to be insured, like in the case of deposits of the population, will be 1,4 million rubles. According to Chairman of the Duma Committee on the financial market Anatoly Aksakov, the new law will protect the deposits of more than 2,9 million small businesses for 2 trillion rubles.

Sberbank and VTB, which were creditors of the Croatian grocery retailer Agrocor, will become its shareholders — the agreement was reached in the process of debt settlement. Reuters reported that Sberbank would receive more than 39% of the company's shares (it provided $1,28 billion loans to Agrocor), and VTB would become the owner of 7,5%.

RBC earlier this month published a letter of the head of Sberbank German Gref to President Vladimir Putin, in which the banker warns of possible problems of oil refining companies and banks lending to them in connection with the tax maneuver in the oil industry. According to Gref, the completion of the maneuver threatens with non-repayment of investments in the modernization of the refinery and the bankruptcy of individual plants. The letter said that Sberbank alone provided about 455 billion rubles for the modernization of the refinery, and all Russian banks financed such projects in the amount of 800 billion rubles.

In turn, the Association of Russian Banks (ARB) sent a letter to Mayor of Moscow Sergey Sobyanin. According to Kommersant, it is reported that many borrowers are faced with problems in refinancing the mortgage. It concerns mortgage loans, which were paid at the expense of the maternity capital. The thing is that when refinancing the apartment, which was paid for by the maternity capital, it becomes a pledge to the new bank. Since by the law part of the apartment belongs to the child, re-registration requires the consent of the guardianship agency. However, they do not always issue a permit, explaining that the loan can worsen the financial situation of the child.